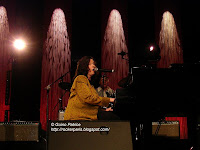 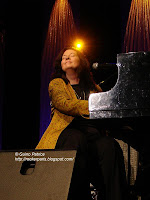 Amazing ! the Zénith in Paris is Sold Out , more than 5000 rockers for this concert of " Les Légendes du rock ". It's an all seated show , 50's rockers' fans are getting old.
For the last 3-4 years there are more and more youngsters when we're attending old rock bands like tonight or Classic Rock bands ( Robert Plant, the Who ... ) That's nice because it's something that never happened before .
First on stage is Linda , Jerry's sister , the set was OK, she dedicated a song to Little Richard, who was on the bill but couldn't performed as he's recovering after surgery.

Next to play is The Killer, his band is playing 4 songs without him as usual , then he enters the stage to rousing applause. It's a rock' n roll audience so as soon as he gets behind the piano there's an invasion down the front , security tried to push people back but that was too late. Cool .
Jerry seems to be physically in shape , better than last time in Paris at the Palais des Congres. He's not getting up anymore , well only once during his performance to talk to the sound engineer showing his fist right in front of his nose. He's not playing with his feet no more, but the attitude is intact , he middle finger the camera man who was getting to close, two screens were on the sides, People went nuts.
Nice show in an electric atmosphere . That's what i like ! 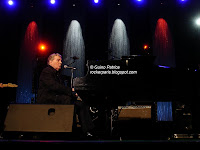 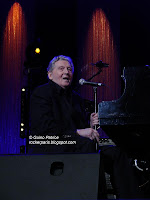 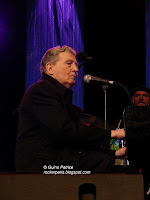 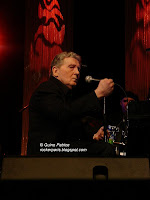 Chuck Berry is headlining , the security has secured the perimeter during the break , no one is allowed to stand up front of stage or stay in the aisles . Too bad .
No screens for his performance , in case anyone is recording and photographers are only allowed ONE SONG by the management ( "FUCK OFF" is Patrice Guino's answer to that )
Chuck is going very well physically ( he's 83 ) walking from one side of the stage to another , he's in fine spirit : smiling , laughing and talking to the audience but ...
Each time i'm going to one of his gigs , it's getting worse , maybe someone should tell him how to tune a guitar , his guitar playing is COMPLETELY wrong all along the concert .
It was APPALLING.
Yougsters in front of me kept on laughing every time he was hitting the wrong chord, they just couldn't believe it . An old fan had is head in his hands for most of the gig .
So embarrassing .
The only good moment was his version of " Maybellene " and thanfully it's on video here on this site .
He asked girls to come on stage for the last song ( see picture ).
Luckily we could met him very briefly after the show .
Patrice Guino, our photographer ,even had his album signed ( bastard ). 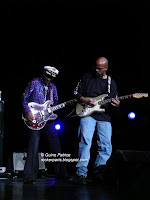 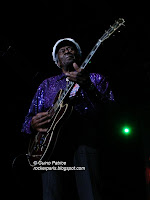 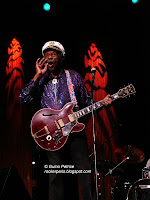 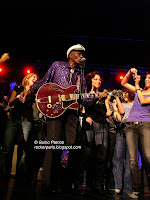 SETLISTS are coming from this site :
http://www.topfreeforum.com/jerryleelewis/index.php?mforum=jerryleelewis
" Maybellene " by Chuck Berry :