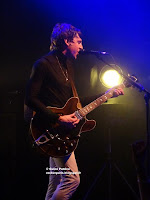 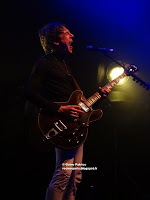 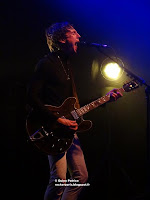 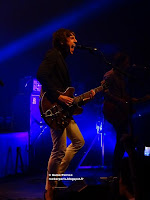 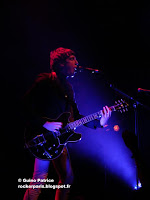 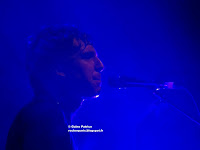 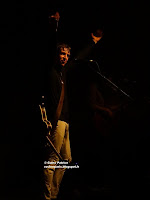 Miles Kane is back in the french capital for another show, after opening for Arctic Monkeys, three times in Paris ( @ Casino, where we were, @ Olympia, that was broadcasted live on Arte live web & @ Zénith in February this year).
He put on a great show but time was restricted as he was only opening, tonight Miles is headlining @ Cigale and the show was sold-out months ago.
It's packed with a 70% female audience in their late teens, The DJ is playing some cool tunes ,The Who's "I can't see for Miles" among many others.
The PA is playing George Harrison's "Wha Wha" when the band is getting on stage (video below), Miles is the last one and is welcomed with screams...

That little fellow's really rocking and rolling the theater, always a smile on his face.
It's probably the 5th time that we're seeing them and each time it's getting better & better.
I remember the first time we saw him playing as a solo artist (for the Canal+ tv show L'Album de la Semaine) just a year ago and we were a bit disappointed as it was less rock than The Rascals. 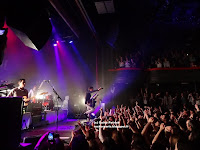 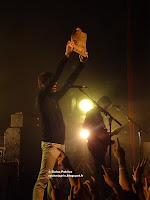 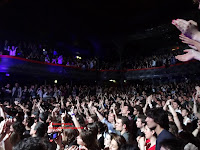 Things have changed, they are rocking like maniacs but still have that pop feel that is more obvious on the album.
Miles Kane is also a great composer with songs that you can sing along to, to the joy of the girls tonight, The band even get a couple of bras on stage and a few roses.
Maybe they could have played a few more songs, what about a couple of Rascals or Last Shadow Puppets ?
70 min max is a bit short.
We're not gonna complain the kid can deliver, one of our best show this year so far... 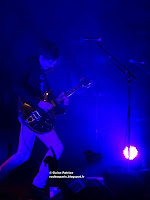 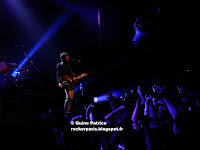 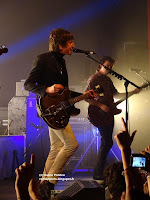 Another GREAT show by Miles Kane 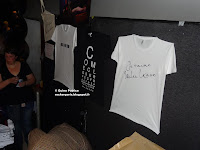 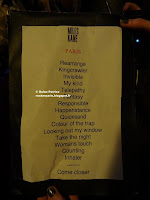 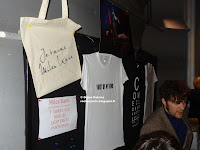