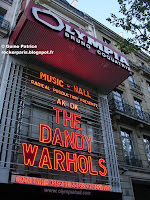 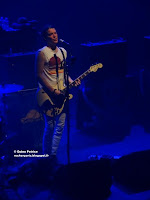 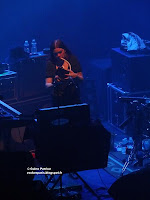 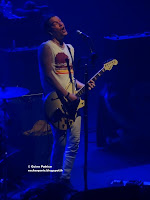 Early start @ The Olympia on sunday, we forget about it so we're making our way in the theater and the band is already playing their second second.
We've missed "We used to be friends" Fuck it !
It's not sold out but it's packed.
The Dandy Warhols have been off the radar for a few years now because of some average and poorly received records but they still have a big fan base in France.
Can't remember the last time we saw them, probably opening for David Bowie @ Paris Bercy or @ Bataclan where they've played for 3h30 min.
The musicians are all on one line in front of the stage including the drummer, as usual the lightning is crap (for our photographer) but perfect for the kind of music that they're playing.
Courtney is still acting like a diva but with a sense of humor, Zia still as cool & sexy.
Lots of songs that we're not very familiar with in the first part of the show, the last part is filled with more well-known and better songs.
Even tough it's not really the kind of music to pogo with , there were lots of pushing a a few crowd surfers down in the pit (?!?)
Cool 1h50 min gig but it could have been better
setlist:

2. We Used To Be Friends

3. Not If You Were The Last Junkie On Earth

8. Holding Me Up
9. Enjoy Yourself

13. Everyday Should Be A Holiday 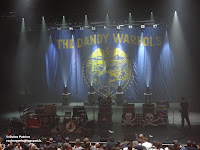 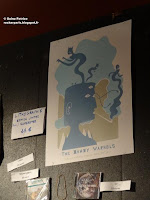 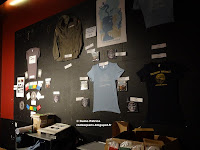