The Rolling Stones' new track "Doom & Gloom" is now available it will be part of another Best of... that is called "Grrr!" with a nice looking artwork (picture below), full tracklisting here. 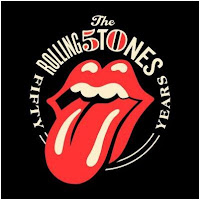 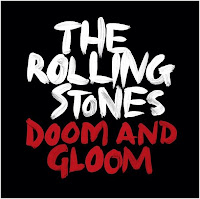 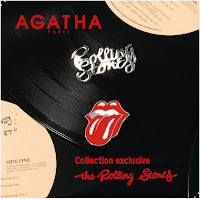 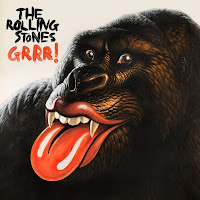 There is also a new film on The Rolling Stones: "Crossfire hurricane" (150 min) that will be out on dvd (I guess so) to be shown live in cinemas across the Europe (except France for the moment) on Thursday 18 October. Funny enough it's on the same day as Led Zeppelin's "Celebration day".
The band will attend the Premiere @ Leicester Square in London the same day.

Maybe they will announce some live shows as Keith Richards confirmed that they will play a couple of shows in London at the end of november ( 2 shows at the O2 on Nov 25 & 29 ?) a couple in NYC in december and maybe a few more including a club show in Paris at the end of the rehearsals, as it's no secret that the Rolling Stones have been rehearsing for the last two weeks in the south of Paris at a secret location.

In order to celebrate their 50th anniversary there is a collection of jewelry @ Agatha Paris.