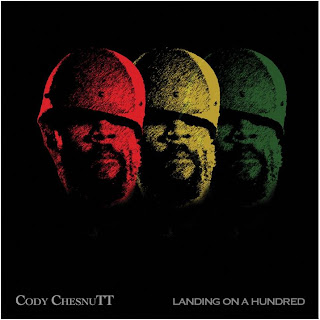 see ya there tonight for this TV rexcording @ Canal+

Great 8 songs set from the new album including an unreleased one at the end, playing with an all English band, 8 musicians in all including 2 backing vocalists,  that is with him for only 3 days (That's what he told us) even if it's hard to believe as the band is very tight.
Lot's of great up-tempo soul songs in a Marvin Gaye style, funny how Cody looks, acts and sings like Marvin Gaye.
Great entertainer that is leaving the stage to come and sing closer to the audience, have the people sing several times the chorus in an extended version of a couple of his songs and as a preacher comes to shake hands and gives his blessing, well sort of...
After seeing so many black singers impersonating Mr James Brown (Charles Bradley for example) it is nice to see that Marvin Gaye is not forgotten.