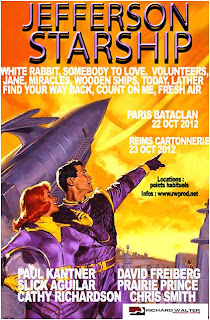 
We get to the Bataclan very late so we missed the first 30 min, it's an all seated event and the balcony is close and there were lots of people on the guest list (Competition winners...) so I guess no more than 500 people. It  looked like a senior reunion as I haven't seen anyone under the age of 50... apart from Me ;-))) and politely clapping at the end of each song.
Nice lightning , very good sound, the musicianship is high.
I have to say I haven't really ever heard what this band has done, I was here out of curiosity without any preconceived mind.
They have played songs from the Starship many of them sounding very commercial, a bit like Meat Loaf, typical American Soft Rock from the 80's, some other songs were more acoustic Folk à la Eagles and they ended their 2 hour set with the Airplane, typical 60's sound à la Byrds.
Musically it sounded very good, even if I'm not too fan of their 80's soft rock songs that are sounding completely daté.
Visually they should make an effort, guys are looking like and dressed like my local plumber and the girl on vocals, she has a stunning voice, is from time to time ridiculous with the way she's "playing" the songs.
The acid probably kicked in at the end of the show as the senior audience all stood up for the Encore songs , there were even two guys who jumped on stage before being kicked out by security, funny !
Good show but the feeling of seeing the local band playing at the bar next door. 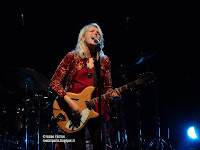 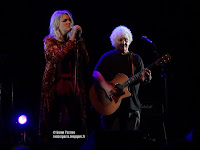 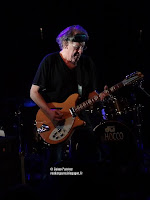 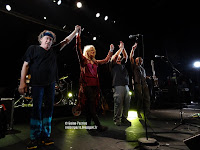 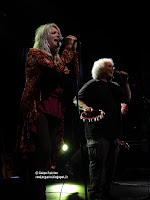