Jesus ! Slash has never been so popular in France, the 6500 seats capacity Zénith is long sold-out and scalpers are selling tickets outside for almost twice the face value. Hard to believe, there was a time ( for the Snakepit records, 1995-2000) when he was only playing the 1500 capacity Elysée Montmartre. Slash has been in France very often these last two years:
@ Stade de France with AC/DC on June 18 2010


We didn't catch the support band Ginger from the Wildhearts but had some nice seats in front of the mixing desk dead center. Lightning was ok but the sound was perfect, not too loud and very clear.
We never really took the time to listen to the new album and were not great fans of the first so even though the band is giving it all on stage, can't tell you that the new songs sound fantastic Live.
Myles Kennedy is doing a great job, he has his own little platform on the front of the stage, not too sure about the way he's singing Guns N Roses songs, trying to impersonate Axl's vocals, no one can.
Slash on guitar is faultless maybe I would have prefer a shorter version of "Rocket Queen" (10 min), as the blues jam in the middle was a bit too long.
We had a ballad "Far & Away" (here on video) played for the first time ever Live. so Thanks for choosing Paris for this première.
Lots of young people down the front that are going crazy everytime a Guns song is played.
Glad to hear that SLASH is still playing songs from the Snakepit and Velvet Revolver.
The bass player is singing "Out to get me" and he's rocking. 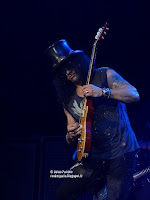 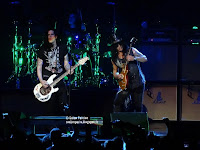 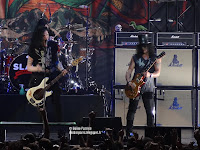 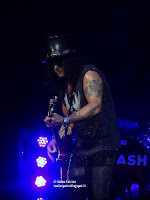 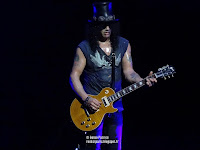 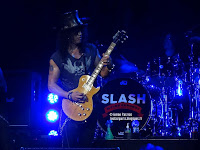 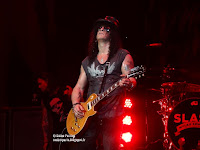 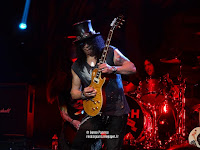 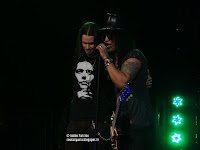 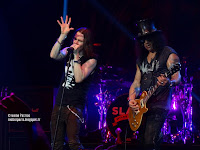 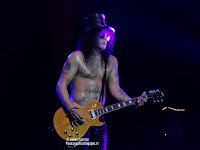 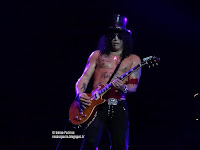 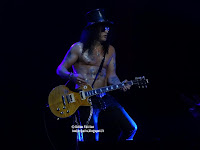 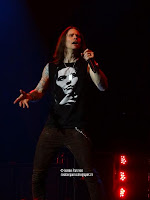 Great show but we have to say that Axl's version of Guns N Roses sound a million time better on stage.

Cool that we could meet Slash briefly after the show. 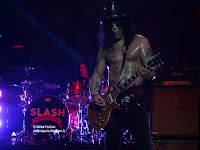 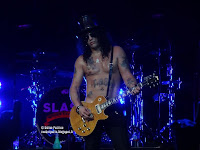 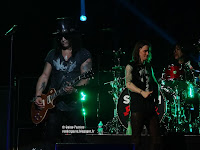 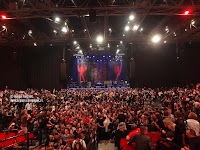 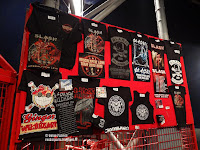 SETLIST with links to videos (Courtesy of our friends @ SLASHFRANCE)