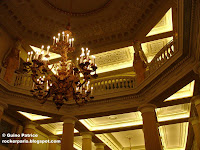 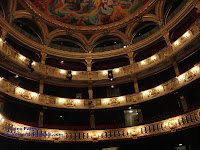 Not a concert tonight but some reading @ Théatre de l'Odéon not far from St Germain des Pres and just in front of Jardin du Luxembourg.
There wasn't a lot of advertising so it wasn't full, it was packed downstairs but lots of empty seats on the sides at the balcony.
As you can see on the pics, it's one of the most beautiful theatre in Paris.

Lady Marianne read us Shakespeare's sonnets (around 20) with Vincent Segal on cello.
She was reading for 2-3 min with the translation on a huge screen in the back and then Vincent Segal played his cello for a couple of minutes.
It went on like this for 80 min.
It was interesting, Marianne's reading was faultless and her voice was perfect.
The cello was sounding amazing, it's one of my favorite Classical instruments . 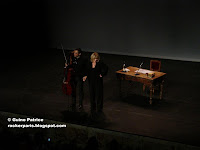 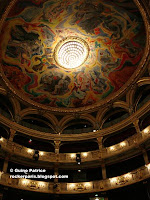 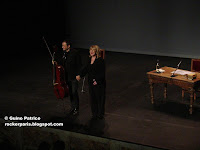