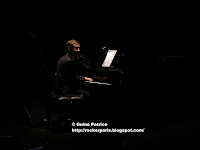 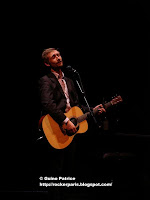 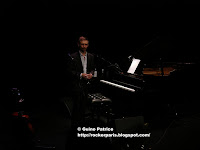 First time ever that Rockerparis was going to the Théatre de la Ville, it's just the Théatre opposite Le Théatre du chatelet where we saw Marianne Faithfull , with Wayne kramer on guitar, twice in March.
Sold-out show and upmarket audience.
From the outside it's as beautiful but from the inside that's completely different, it looks like a 70's concrete building (meaning it's awful) even though the concert hall in itself is not bad.
The inside of the théatre du chatelet is still with its original "Italian" style and is stunning.

Anyway we're not here to discuss decoration but to talk about Neil Hannon's solo performance on piano.
He already played like this last year @ the very posh Salle Pleyel on July 07 2010 (click for review with Pics & videos).
He's still promoting "Bang goes the knighthood" his latest album so Neil is playing this record in its entirety for the first part of the show, mostly on piano and a couple of songs on the acoustic guitar. 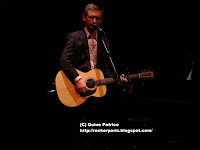 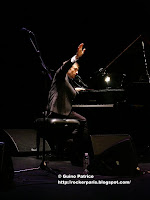 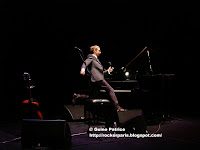 After a 15 min intermission he's back behind the keys to play a best of... from his catalogue.
The Setlist will be posted here shortlty and on his french website : A short site about The Divine comedy. Check the Forum too.

No need to tell you that it was great, when you have very good songs you don't need pyros , just an acoustic guitar or a piano and that's enough.
Neil has also a great sense of humour so he's always acting a bit funny or telling a joke on stage.
No big difference with last year's show but once again we had a very good time.

We were lucky to be invited to a small party with drinks and canapés afterward but Neil didn't turn up. 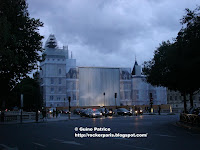 La Conciergerie from the théatre