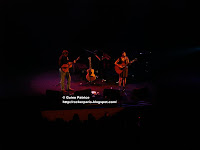 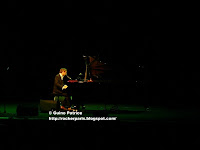 Alela & Neil from the back of the venue

Folk American singer-songwriter Alela Diane is opening tonight for this sold-out show @ the beautiful & posh Salle Pleyel.
Neil is very popular in France, it was sold-out in just a few days.
Alela is playing with her father, nice 45 min + set but in the end songs tend to sound all the same.
Great voice though. 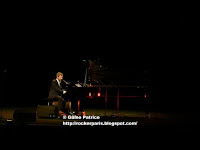 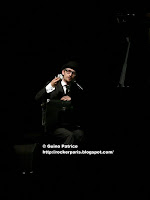 The City boiler hat for Neil

Then we have The Divine Comedy or should we call it Neil Hannon , as it's a solo gig on the piano.
Very good start with "Mutual friend" & "Tonight we fly".
We love The Divine Comedy @ ROCKERPARIS, a bit like New York Folk singer Suzanne Vega, when you have the good songs , you don't need a full band band to play them , an acoustic guitar or a piano is enough.
And Neil Hannon has the (very) good songs.
Of course he played the old ones, including one from "Regeneration" my favorite album (see setlist below for details) & a few new ones that I'm not familiar with as I only get the new cd this morning. 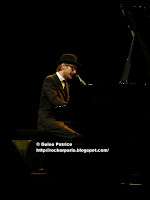 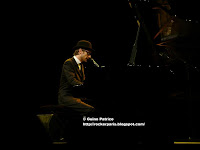 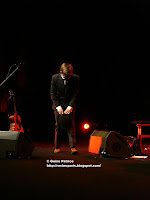 As always with Neil , he's making a few jokes between songs or in the middle of it.
Sometimes he just has to nodd to make people laugh.
Some of you may think hearing pop songs on the piano might be boring, it is NOT when the songs are great.
Those stripped versions are perfectly executed on the piano and his voice was excellent all along the show.
He also played a few (5-6 songs) on the acoustic guitar ( see video)
He had a few funny words regarding the Economic crisis and our Lilianne Bettencourt. 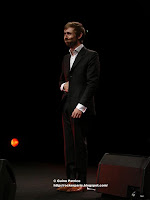 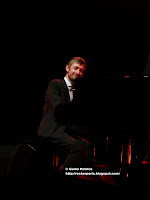 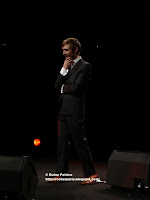 Great gig by Neil , looking forward to see him @ La Cigale in Oct unfortunately for us he is playing on the same night as Ozzy Osbourne @ Paris Bercy. too Bad
Don't miss him. 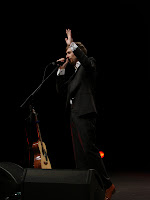 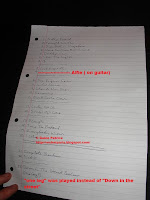 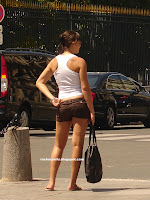 "Lady of a certain age" ( with mixed up lyrics) on guitar: