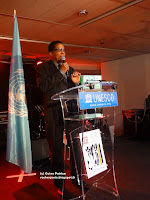 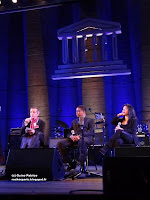 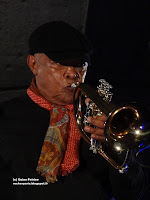 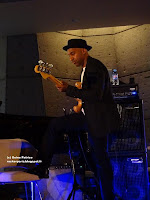 First International Jazz Day @ Unesco headquarters in Paris.
All day event with lots of masterclasses feat. all those great Jazz musiciens or singers
First we had a speech by Herbie Hancock, UNESCO goodwill Ambassador & Irina Bokova the Director General Of the UNESCO.
Then we left for another room to attend Herbie Hancock's masterclass, in fact it wasn't really a masterclass, as he didn't play any piano, it was an interview, interesting nevertheless.
Dee Dee Bridgewater was next in the same room but we left for Hugh Masekela's masterclass, this was a real one, as he taugh us to sing a tune, that was fun.
Barbara Hendricks was next. 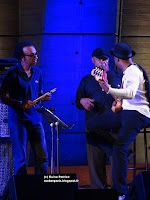 There was so many things going on at the same time it was hard to go and see everything as there were several rooms filled with musicians performing small gigs in each room.
There was also screenings of Montreux Jazz Fest footage, a photo exhibition, some jazz"talks"...


After having lunch nearby we went back for the Marcus Miller's masterclass, that was the coolest thing we saw today amix of question/answer and bass demonstration. Some music were played by Sly & the Family Stone, Graham Central Station & so on and Marcus told us in which way each bass player (Larry Graham, Stanley Clarke, Pastorius) influenced him... The impact of Miles Davis on his life...He had a standing ovation and even tough we had extra time with him, those 40 min we spent with him felt like 10.

We made our way to the main room to attend the rehearsals for the evening show where Marcus Miller was already playing with Hugh Masekela & Manu Katche on drums.

4:30 pm that was the end for us before tonight's show with Herbie Hancock & friends.

Evening show:
That was the main event for the day and a tough one to get tickets, thanks to the PR of the Unesco for this one.
Lots of musicians on the main stage , each band is playing one or two songs: Dee Dee Bridgewater, China Moses, Hugh Masekela, Bireli Lagrene, Dominique Fillon,Tania Maria, Barbara Hendricks...& many others. some good, some very good and some less interesting
We had an impressive Marcus Miller.
Herbie Hancock joined the house band for the last 2 songs doing one with Dee Dee Bridgewater & China Moses.
Of course taking pics was strictly forbidden except for the encore, cool as George Benson is a guest for a 10min+ rendition of "on Broadway" with the whole cast (but Barbara Hendricks).
great concert that was broadcasted live on Arte Live web 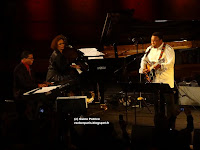 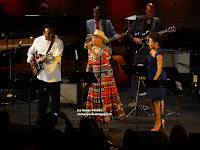 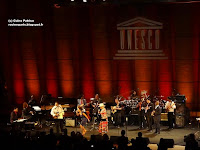 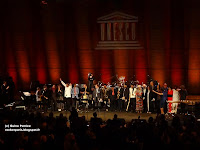