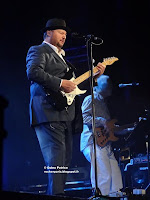 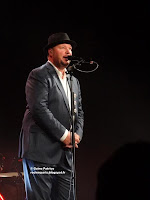 American soft-rock(pop) singer Christopher Cross is playing at the beautiful Trianon theatre to promote his new album "Doctor faith".
He's well known for having a few hits on his first album published in 1979 with "sailing" & "Ride like the wind".Then I can hardly tell you what he did for the last 20 years.
It's the first time that we're seeing him in concert and friends who saw him recently @ Cigale (?) told us they had a good time.
The Trianon is almost full for this all seated event, lots of posh people down the front as the concert is sponsored by a insurance Cie, the guests had a nice food & drink reception before and after the gig.
This Cie probably bought a lot of the best seats for their best elements and clients ,I guess it's an easy way of having more people attending a gig considering that the tickets were quite expensive.You have to find the money where it is.It's a tough world ;-) 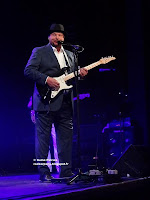 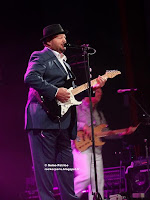 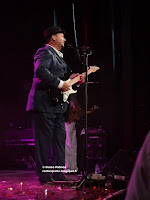 With an audience of posh people in their late 40's needless to tell you that it wasn't wild specially considering the music that is played tonight: the soft of the soft pop-rock.
Christopher made an effort to dress up with a nice costume as this show is recorded for a DVD.
He played some of his biggest hits and songs from his latest record.
The music as you can guess is very soft, we only had a couple of electric guitar soli for the whole gig, the rest is typical from the 80's with sax soli on many tracks.
I know It's the kind of music that people tend to hate but , we have our guilty pleasure and it's enjoyable from time to time.
The musicians are perfect, it's a well oiled machine.
Unbelievable but Christopher still have the high crystal clear voice he had 30 years ago.
The night couldn't be perfect without "Ride like the Wind" with a shower of ticker tapes and everybody dancing as if they were 21 again.
Very good show 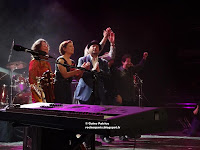 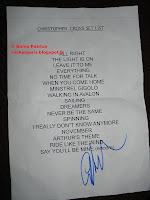 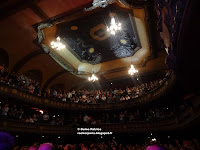 setlist not accurate as he changed the order of the songs, "Never be the same" was played just after" sailing" (see video below)