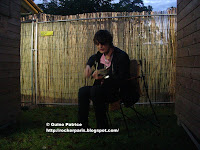 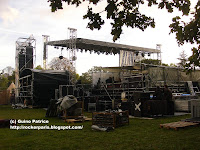 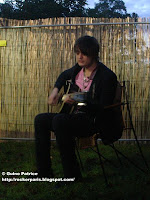 Rehearsals before Metronomy's gig in his dressing rooms

As we were hanging out in the backstage area before Metronomy played their set, we saw that Peter was already there, a first as he's usually getting on site at the last minute and that he was playing guitar in front of his dressing room (see pics above).
He played "Delivery" in his dressing room and Patrice, our photographer, could manage to video-record it so here it is. Enjoy !
Peter Doherty is headlining tonight, it was baking all day long but now it's freezing. 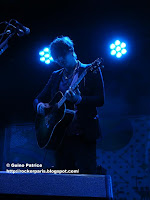 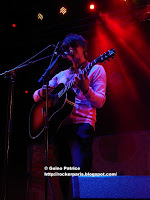 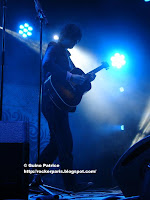 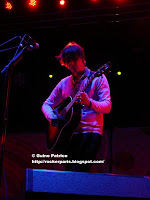 We've seen him so many times these last few years that it's hard to remember every gig we've been to. He played 8 gigs in Paris just last year (we've missed two of them).
With Peter , you never know what to expect from great to pathetic when he's fucked up on drinks and drugs like his show @ Le Tigre club in March which was the most horrible we probably ever attented. 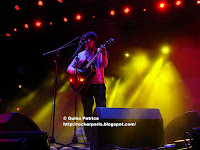 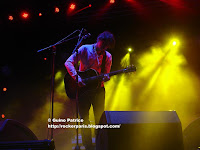 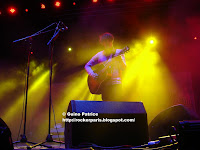 Tonight Peter is on "top" form even though it seems to be on autopilot, songs are played one after another. A bit of chat between songs. 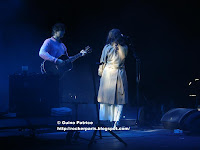 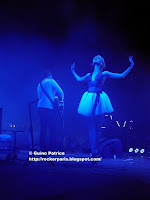 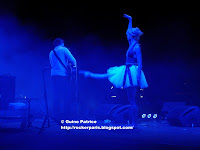 We are treated with a Best of setlist: songs from the Libertines, Babyshambles and from his solo record.
Setlist included : Arcady, Albion, Fuck forever, can't stand me now, Twist and shout, Back from the dead, delivery, you talk... and some others (not in order)
Soko who opened the festival this afternoon is watching him from the wings of the stage and is guest on vocals on "Can't stand me now" (here on video) and on harmonica on another one. 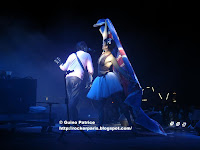 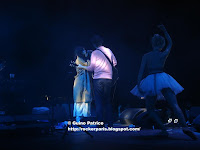 The audience is quite calm and respectful, they don't throw shit on stage (cigarettes, books...) like they used to a couple of years ago when it was all just a circus with lots of tension in the air to every of his gig.
People are simply enjoying the gig, Peter is now an artist like anybody else.
Is it good or bad ? we don't know.
The only thing we know is that he did a good gig.
Maybe it's time to do another album as a solo artist or with Babyshambles because even if we like the old songs, he's playing the same shit over and over for the last few years, we'd like to listen to something new.

Too bad there wasn't any Encore, as he played a great gig. 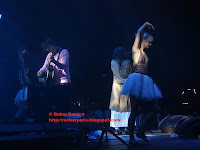 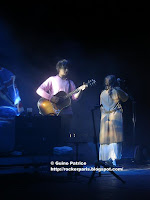 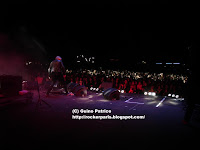 Here's an interview he did after the show.