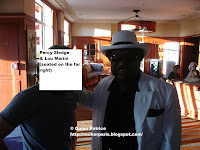 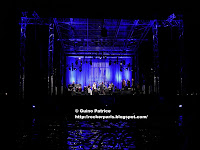 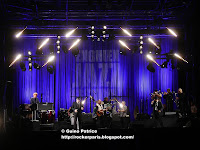 Another day, Another gig. The Blues brothers band are playing their first show since the death of original member Alan "Mr Fabulous" Rubin on June 08 2011.
Enghien is a beautiful and posh city with a Casino situated 15 miles north of Paris.
The stage is on the lake and the audience in front on the shores.
Lots of people as are there lots of shops and other free gigs in the area.
We came a bit earlier and could meet the musicians at the hotel that is just in front of the stage, Lou Marini & Steve cropper, funny we bumped into Percy Sledge who's playing tomorow (on sunday) night.

There are only two original members (Steve & Lou) so it's more of a tribute band that will play all thoses R'N B classics for a couple of hours with a great response from the audience.
I didn't write down the setlist but it should be the same or close to this one.
By the water it's a bit windy & chilly but we have some great music.
Great night out even if our journey back to Paris was a nightmare as the show ended way past midnight. 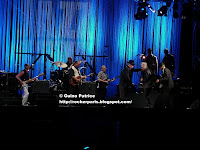 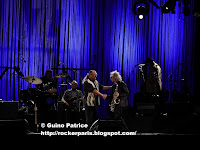 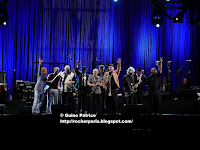