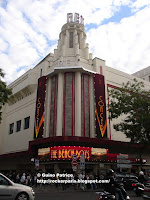 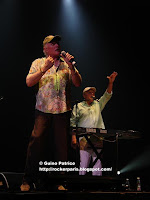 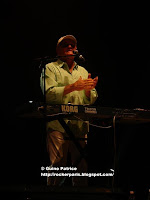 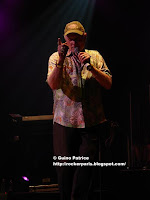 Another day, another show @ Grand Rex, our 6th in 9 days, people working there are not surprised anymore to see us, they're family now ;-)
It's a packed house for the return of The Beach Boys in Paris, well ... what's left of The Beach Boys. There are no Wilson brothers in the band anymore , in fact the only original member is Mike Love (plus Bruce Johnston who came later).
So we can't really consider this as The Beach Boys.
Anyway we're not gonna talk about legal matters here.
Lots of beautiful girls in the audience, some young some others not so young but still hot. 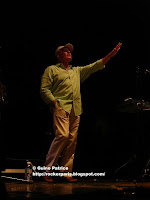 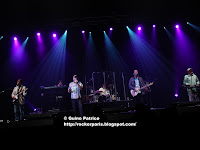 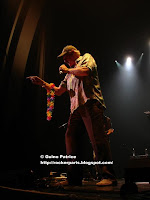 Very strange beginning as we hear music in the background and in fact that's the band playing.
It started badly, as it' an all seated venue the atmosphere is very quiet and the band looks like a country funfair band, you know what I mean.
Bruce on the keys (on the right) is trying his best to get the audience waking up and ... standing up.
Finally after a few songs people are dancing , getting closer to the stage and the show is really starting.
The setlist is fantastic , no new songs ( do they have some ?) just oldies but goodies and What a catalogue !!!
They're just playing hit single after hit single ( see setlist below for details) even our Philippe Manoeuvre is getting down the front and is dancing like mad on "Get Around".(click for video P.M. not included)
Don't know who's the drummer but the guy is singing lead on a couple of songs and is doing a great job. 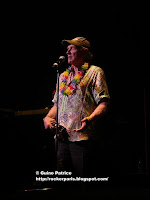 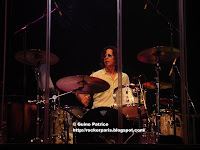 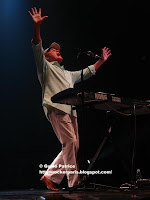 Mike & Bruce are doing most of the vocals, I'm a bit dubious if they're really singing or miming over tapes. 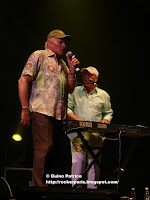 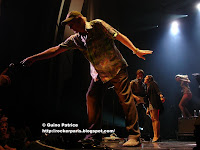 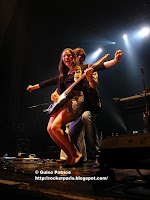 The band is getting a few young girls from backstage to dance on the stage and doing backing vocals. (see pics above).
As The Beach Boys don't have enough good songs (Just Kidding) they're playing a couple of covers from The Mamas and Papas ("California Dreaming") and Eddy Cochran's "Summertime Blues" with a drummer playing as if he was Keith Moon. 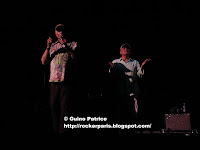 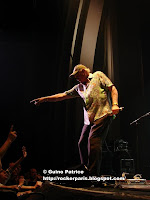 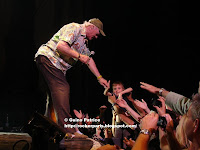 Mike Love as usual is acting funny, waving and pointing at people and shaking hands.
With all these fantastic songs it's hard not to be successful. Strange beginning though.
See ya @ Brian Wilson's gig @ Casino de Paris in September 2011 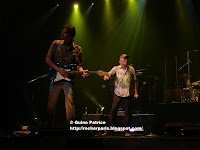 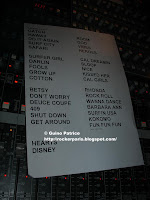 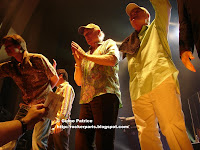