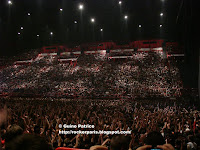 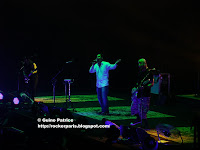 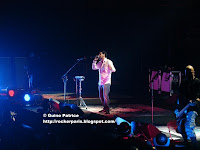 Well it's been a while, we probably saw SOAD many many years ago, they opened for Black Sabbath in Birmigham in 1999-2000 but i'm not sure if we get there on time to see them.
A friend of mine told me that we went to a Slayer private party at the Locomotive club in Pigalle in 1999 and that we had a drink with the guys afterwards but I don' t remember it at all, the funniest thing is that @ Rockerparis we're straight ( no booze, no drugs... ever) I guess Alzheimer is striking early for us. 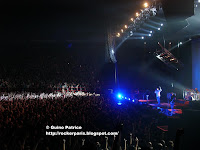 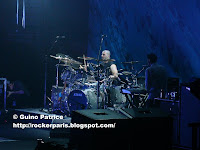 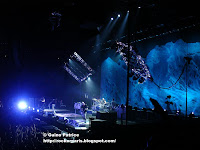 Anyway... this is the first show tonight and it was sold-out in just an hour so they added a second one on June 8th that is sold-out as well.
Funny to think that Ozzy Osbourne played here @ Bercy a few months ago and it was half empty.Luckily Ozzy & band liked the gig and they've played the longest set on the whole tour with an extra encore.
You can feel that there are expectations from the audience as everybody seem very excited before the show.
As soon as the band played the first note it was just screaming and jumping & dancing for the mostly male French Heavy Metal maniacs.
The sound is neat, not too loud, the stage is very simple with just a backdrop (in fact several different backdrops) in the back.
The singer's funny he's dancing as if he was singing into an arabic band, probably because that's the way they're dancing in Armenia where the band has its roots.
The band is very relaxed on the stage no head-banging like metallers, well just a bit now & then from the guitar player.
I'll try to get the setlist shortly but I have to say I'm not too familiar with their back catalogue as We only have a couple of their albums.
Here's the SETLIST (click on link)
You really have to know the songs before seeing them otherwise you'll feel a bit confused by some of their songs.
Musically they're a bit like a heavy version of Franck Zappa with lots a tempo change for each tune. 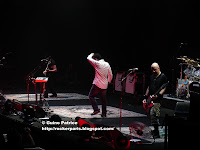 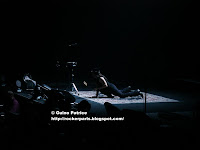 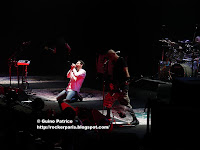 What striked me most is the atmosphere: from the first row to the last one up in the last block in the stalls, everyone is jumping & dancing for the whole 90+ min that lasted the show.
Don't know why they didn't play any encore.
Very good show. 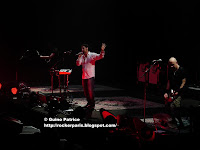 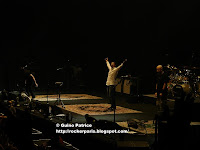 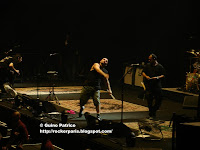 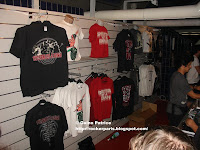