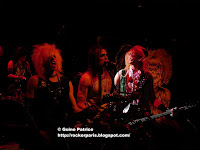 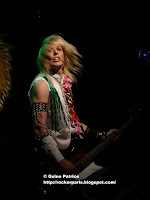 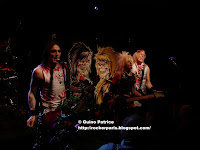 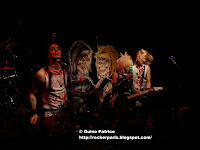 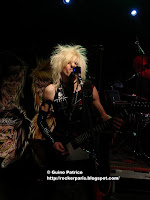 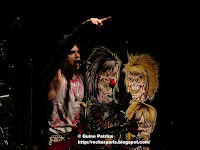 OUI FM rock radio in Paris France is organising a Festival for its radio show "Bring the Noise" which is playing Heavy Metal every night between 11PM & 01 AM.
This is the second show of its kind, all tickets are free to be won on OUI FM radio.
Next gig is on Déc 18 with Airbourne ( Last one was with No One is Innocent on Déc 6) 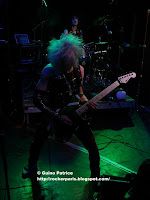 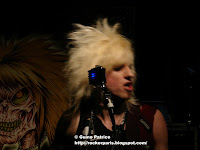 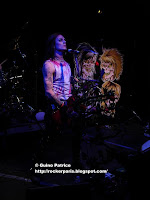 We arrived a bit late at the Trabendo club but il looks like the opened the doors very late so we're just making our way to the front as French Heavy Glam rockers Black Rain is getting on stage. We already saw them opening for Swedish rockers Europe @ Cigale on Jan 20 2010 (click for Pics, review & video) and we were less than impress.
Black Rain is so cliché , they do sound and look like a typical glam rock band from the late 80's. So passé. I mean they're not bad but it's laughable, now
They're 20 years late even LA glam rockers who are still touring to this date are not dressed like this anymore.
I've been told they've played a WASP cover which I didn't recognised.

As I'm typing this (with my dick) I'm listening to some REAL Glam from the 80's RATT 's "Out of the Cellar" a real gem. 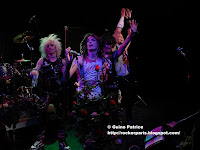 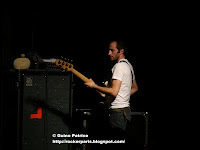 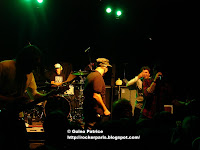 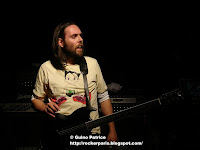 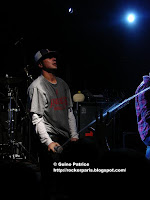 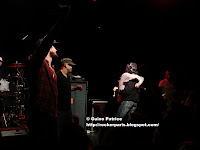 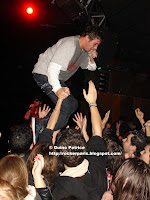 After a short break , we have French Hip Hop -Metallers Enhancer.
First time I'm seeing or hearing anything from these guys.
One great drummer , one heavy bass, one heavy guitar & 3 singers rapping & doing the show.
The kids love them and they're jumping like maniacs, lots of moshing & stage diving, including girls, they were many of them tonight. 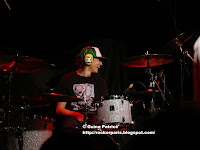 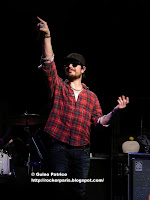 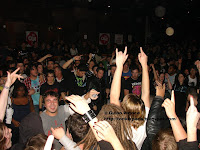 Great show, too bad we didn't recorded any videos, they even played, well at least the 3 singers, a song in the pit (see pic above). 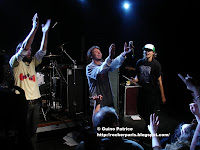 Then we have headlining act American nu-metal band Papa Roach, they haven't been in Paris for a while, 6 or 7 years and I think I already saw them opening for someone at the nearby Zénith a long time ago.
At the time they were the media darling and everyone thought they were about to make it big and ... they didn't. 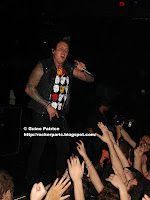 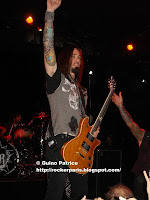 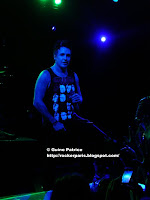 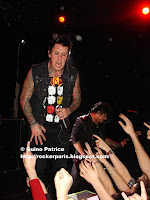 Typically American, the security has been told before that NO ONE from the audience is allowed on stage, it's allways funny to see those American guys with tattoos playing it tough and beeing afraid of their own audience and acting like pussies.
Same happened a few years ago when Offspring played the very same club for a showcase.
A mix between Heavy Metal and American Punk, The singer's really doing the show running from one side of the stage to the other and screaming out his lyrics.
Kids are loving them but it's not really our thing, enjoyable though.
One hour set no Encore. 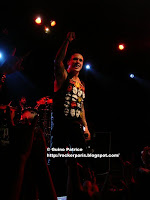 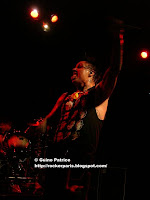 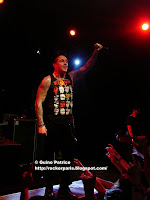 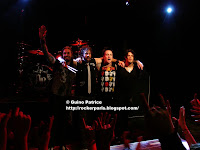 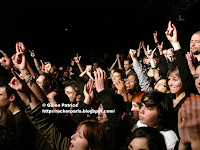 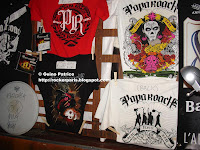