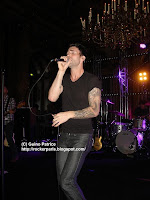 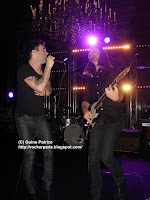 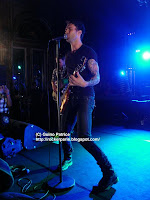 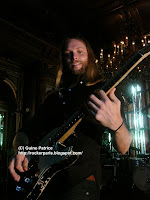 Beautiful place for a rock concert as it's taking place in the Salon Impérial of one the finest hotel situated in the heart of Paris just next to Place Vendome.
Around 300 guests and competition winners for this showcase to promote the new album by Maroon 5 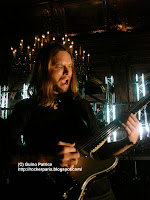 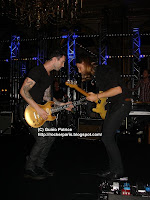 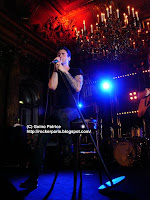 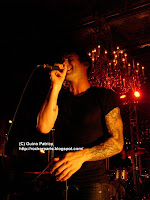 They are not too popular over here, they were supposed to play Bercy (17000 capacity) a couple of years ago but the show was cancelled, they will be playing @ Casino de Paris ( 2000 capacity) on March 2nd 2011. 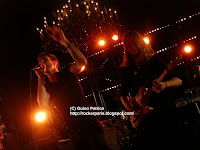 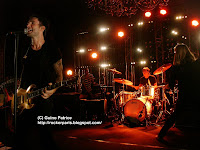 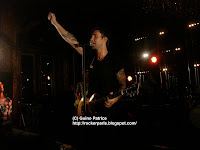 If I can remember well I saw them @ Trabendo in Paris but i'm not sure.
The music is OK, very radio orientated for a mix of pop-rock with a bit of R'n B.
The kind of music for 17 year old girls.
Things have been done nicely as there is a free drinks reception before the gig, lots of very sexy girls in the audience.
First we have a French shitty pop-rock band Hangar for a few songs, they've just been signed to Polydor, as they're from the south west coast of France , their record Cie dressed them as if they were surfers coming back from the beach ( ridiculous)
Then it's time for Marron 5 to play a 40 min set of new songs (?) a a couple of hits at the end (see setlist).
Good show but too radio orientated for me.
Then we went to see a few friends to make sure we could make it for GUNS N ROSES' secret show @ L' Arc club. 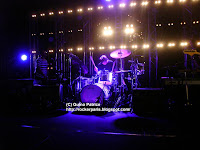 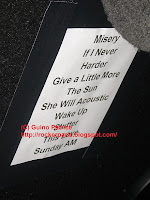