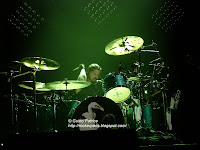 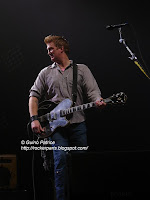 Sold-Out Zénith for Them Crooked Vultures , even though there were still a few empty seats on the sides.
The Pit was packed and it was hot & Sweaty.
photographers were only allowed two songs and the lightning, looking good from an audience point of view was complete shit for a photographer, hard to take a decent picture, so sorry for the lousy pictures.
The security around the band is as tight as for Madonna , ridiculous.
Check our previous review of TCV with great Pics from Patrice HERE. 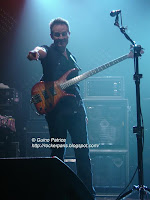 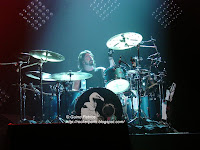 Can't remember the setlist but i guess that they're playing the same shit every night, the first record and a couple of extra songs ( including the one on video here).
Lots of extended jams , some songs are streched to a good 10 min or even more for one. 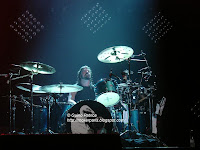 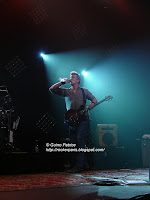 Josh is as fun to watch on stage as ever, Alain is taking care of everything ( guitar, keys, BVocals) Dave is... dave : Fantastic drumming from the first song 'till the last one.
It's nearly impossible NOT to spend the whole gig looking ONLY at him. 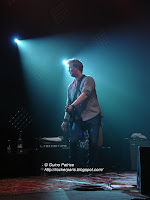 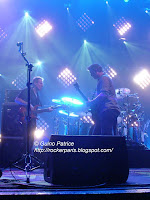 John Paul Jones is cool and relax on bass or Keys, he even has time to watch people in the audience while he's playing.
Funny, when we met him after the show he recognised a friend of ours who was on the first row in front of him 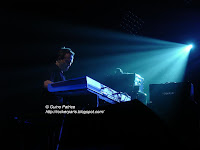 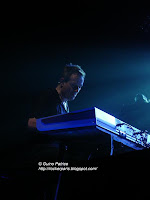 Great gig once again even if I would have prefer them to play an extra song instead of streaching out songs to the limit.
Too bad they didn't play any Encore. 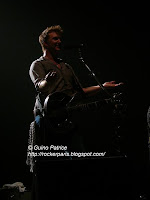 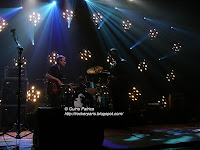 All of them left Paris after the show to go to Amsterdam but JPJ who stayed in Paris for a couple more nights before the next show ( June 10th). 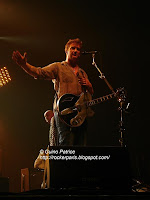 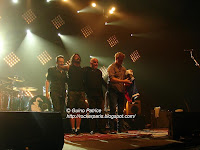 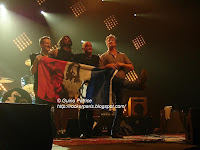