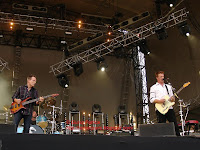 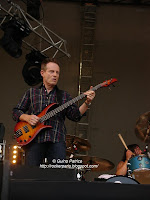 Last day for the Rock en Seine , the bill is even worse than the previous days as most of the bands are electro- rock.
We couldn't get there in time for the Eagles of death Metal or "The Pigeons of Shit Metal" as Axl Rose called them.
Erratum : We just know that Josh homme play the penultimate song " wanna be in L.A." with them. 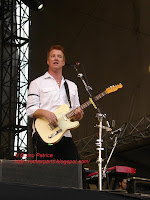 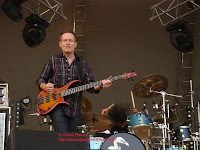 A real nightmare for us poor bastards as we were busy this afternoon and we arrived just when Dave Grohl, Josh Homme , John Paul Jones and let's not forget Alain Johannes get on the second stage.
It's absolutely packed in the front with mostly male rockers, where are all the beautiful girls ? 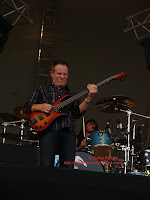 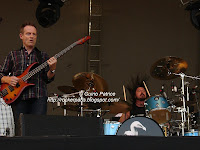 Anyway John Paul Jones ( Led Zeppelin ) is smiling , Dave Grohl ( Foo Fighters ) is banging his drums like a maniac , Josh Homme ( QOTSA ) is concentrated on his guitar & Alain johannes ( Eleven ) is helping out on guitar and keys . 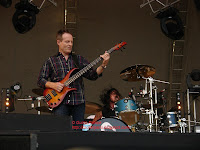 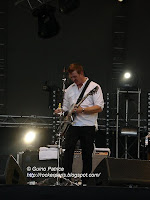 The set is VERY heavy with long songs. As i've never ever heard any of them before I can't really tell you anything about them except that they sound like the best of QOTSA.
Very heavy with bluesy licks and breaks. 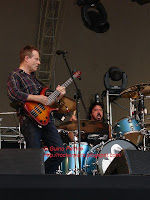 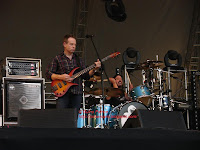 This band is more like "QOTSA with friend J-P J" as all the guys on stage have played one moment or another in the QOTSA.
Funny to see how John paul jones is fitting in.
When you consider the history & Music of led Zeppelin and the history & Music of Nirvana , Foo Fighters & QOTSA , John Paul Jones seems to be out of place here even though his bass parts are perfect. 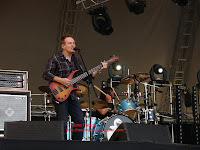 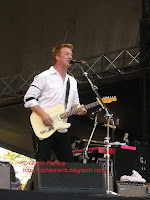 Dave Grohl is like a kid in a candy store playing with John Paul always looking and smiling at him in awe. 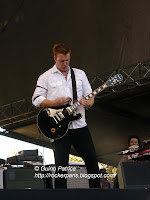 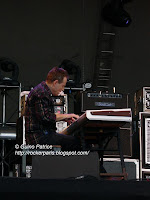 Great 1 hour mother-fucking killer set probably the most waited for and the best of the festival. 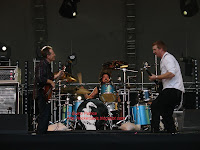 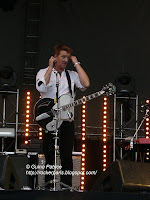 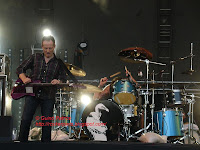 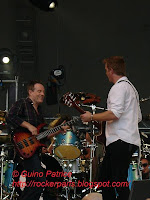 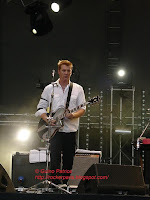 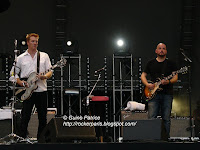 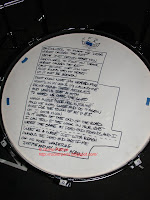