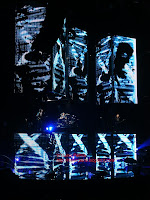 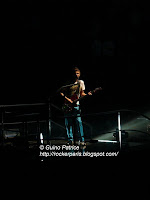 MUSE is back in Paris after playing the tiny Théatre du Chatelet in Paris on Sept 8th ( click to see our GREAT pics from this show and a video ).
Only one Bercy Guys !!!
You know it was SOLD OUT aaaagges ago, tickets are exchanging outside for more than a 100 Euros.
We get there too late to see support band Biffy Clyro, sorry. 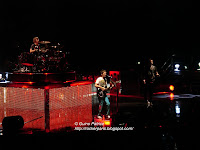 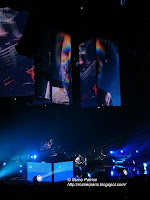 Muse always has a massive production , so it is tonight.
3 huge screen-columns , the band is playing the first song on this platform, 5 meters high above the ground. They will get back on it a few times all along the show.
They also have a huge sound , I really wonder how they managed to do that with only one guitar (and a poor sod hidden on stage on the keyboards with no lights on, he's not even introduced to the audience ).
Really sad that there are lots of empty seats behind the stage ( there are people there ) they could have sold a few hundreds more on the day. 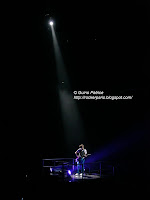 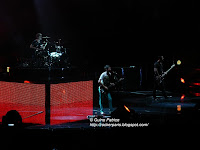 Of course they've played all the hits which get an enormous response from the fans mostly teenage girls.

Setlist:
Uprising
Resistance
New Born
Map Of The Problematique
Supermassive Black Hole
MK Ultra
Hysteria
United State Of Eurasia
Cave
Guiding Lights
Undisclosed Desires
Starlight
Plug In Baby
Time Is Running Out
Unnatural Selection
---
Exogenesis Part I : Overture
Stockholm Syndrome
Knights Of Cydonia
They have lots of epic 5 min+ songs with lots of very heavy guitar licks. On a couple of songs they could be sued for copyright infringement by Depeche Mode but that's Ok as they are much more rock. 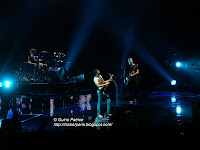 Mat is on top form but they should communicate more with the audience.
They put on a great show, we know where the money is going to... their stage production.

Then it's time to get backstage the French record Cie is giving away free drugs to everybody ... NOT. 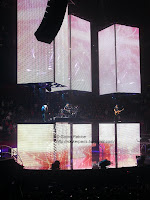 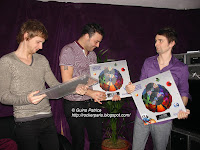 MUSE has never been so popular in France and the market might be collapsing but they've received a double platinum record.
HERE ARE THE EXCLUSIVE PICS :
CONGRATULATIONS GUYS 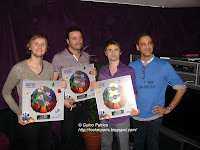 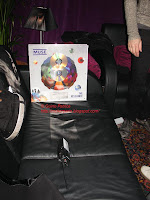 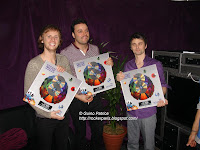 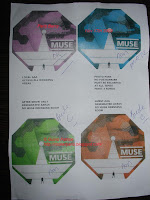 And so are the Slaves !

PS: Patrice Guino , our photographer would like to thank the guys for inviting him at the A/S party.LOL

Video from the show: