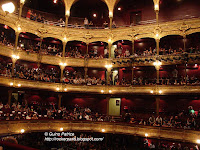 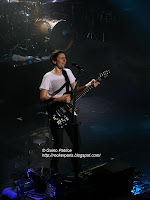 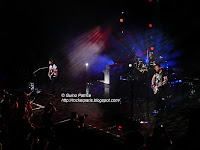 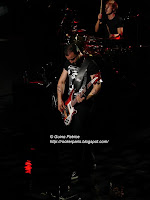 MUSE is playing this beautiful Théatre in the heart of Paris for what is supposed to be a secret show, of course everybody knew a long time ago that they were to play here. 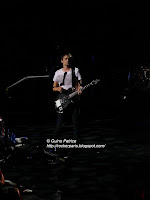 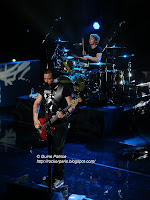 Most of the people here are guests and journalists , they sold tickets today.
A radio , I won't name , was supposed to tell at 8:00 AM how to get tickets but these bastards only told the name of the venue, what a bunch of cunts.
Anyway people were already queuing on the side of the Theatre to secure tickets sold for 30 euros at ... 7:00PM only.
I thought it would be a mess but everything was well organised with lots of security , after queuing people were getting into the venue to buy their tickets at the box office.
No one could go out after so NO black market AT ALL. 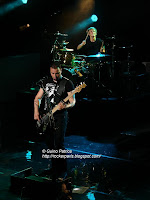 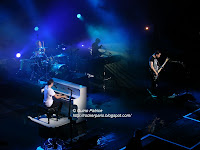 The show started late ( around 9:30 PM ) , it was an all seated event but 5 min before the band get on the stage everybody rush down the front. 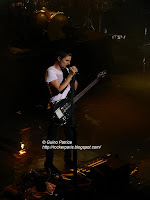 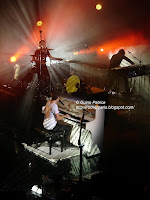 I'm not too familiar with their repertoire , I only have one cd , but Muse have always been a great band live.
Cool to see them in such an intimate place as they're filling out stadiums , they're playing a sod-out Bercy Arena in a couple of months. 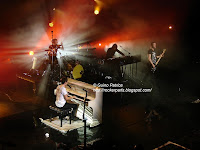 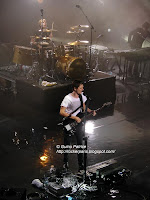 We had a few songs from the new cd and lots of hits ( see setlist below ) with a couple of average songs in the middle. 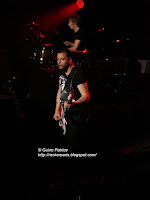 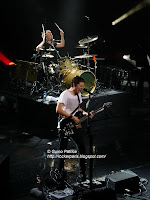 The light was neat and powerfull as always with MUSE. 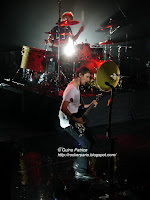 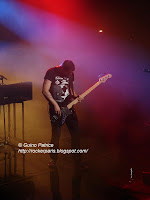 Maybe they should make a effort to get dressed properly , I'm sure they can do better than wearing lousy t-shirts. 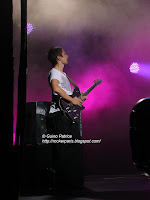 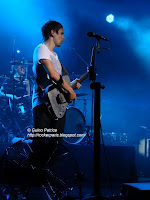 Great show in front of a dedicated audience. 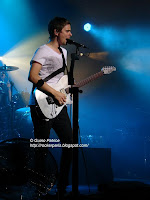 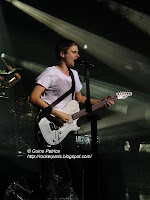 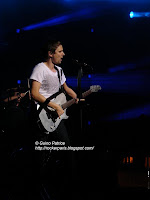 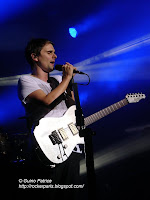 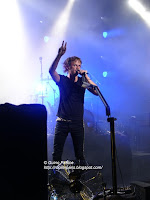 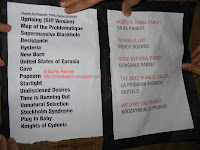 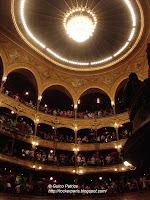 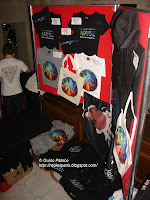 " Uprising" The first song of the show :