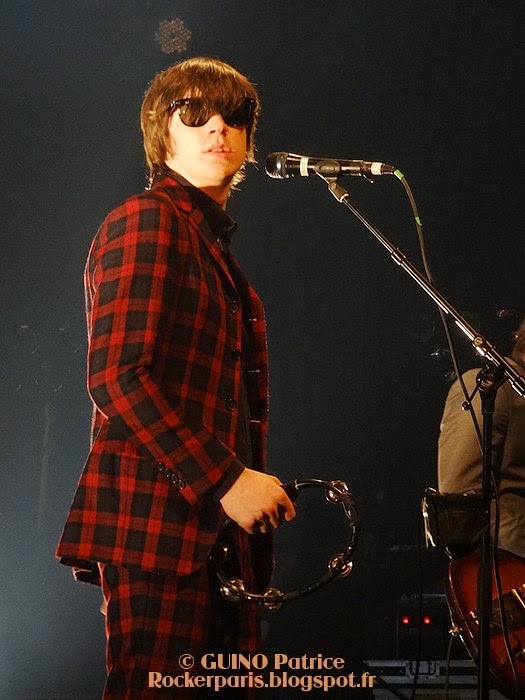 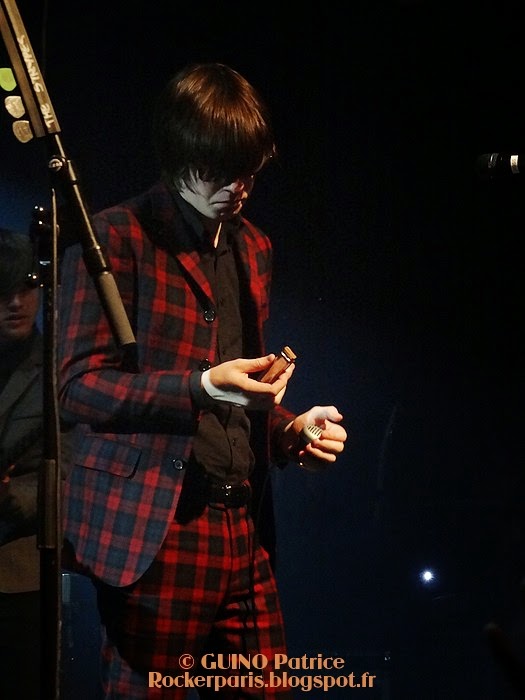 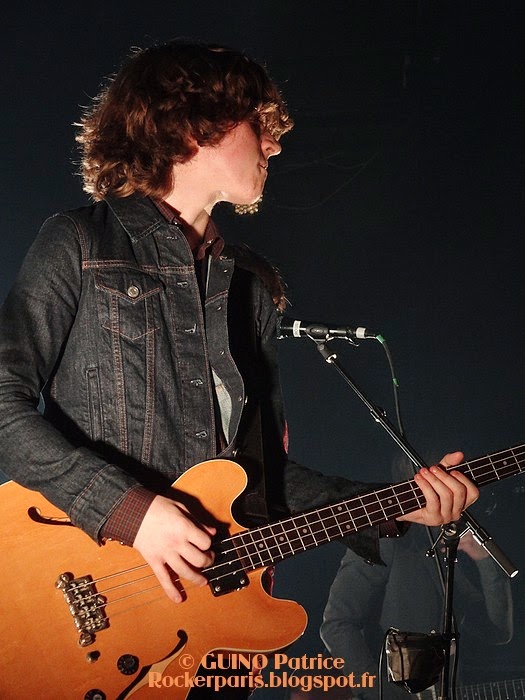 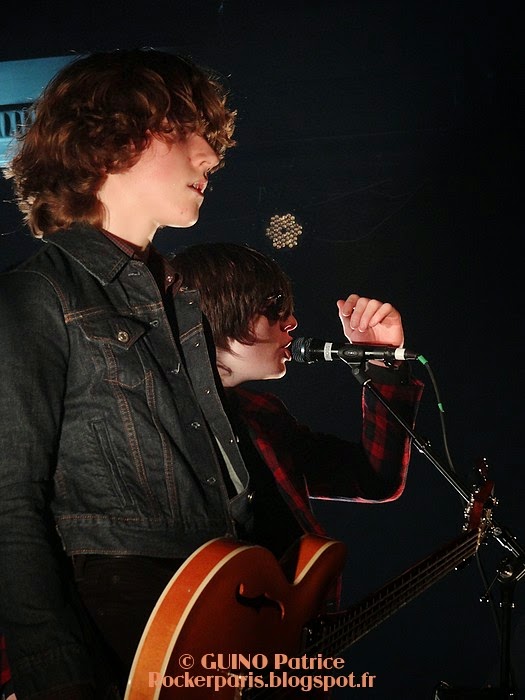 Everybody's talking about this new band for months, they've already played in Paris supporting other bands, even Rock&Folk magazine had their front page with them a couple of months ago.
I'm always suspicious when a band out of nowhere is becoming the media darling suddenly. 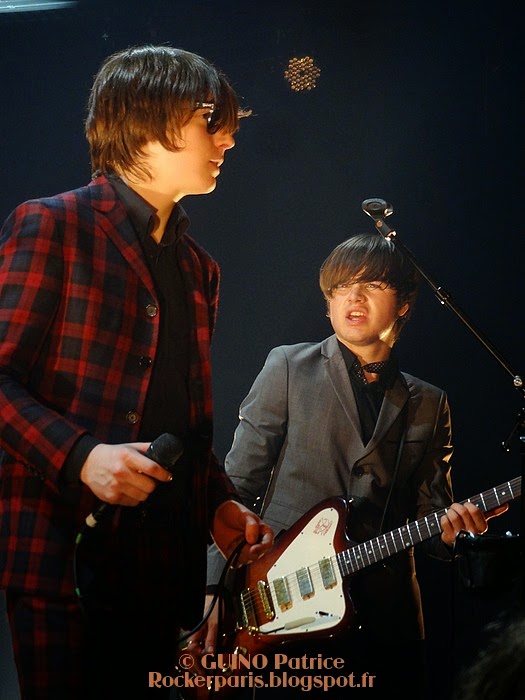 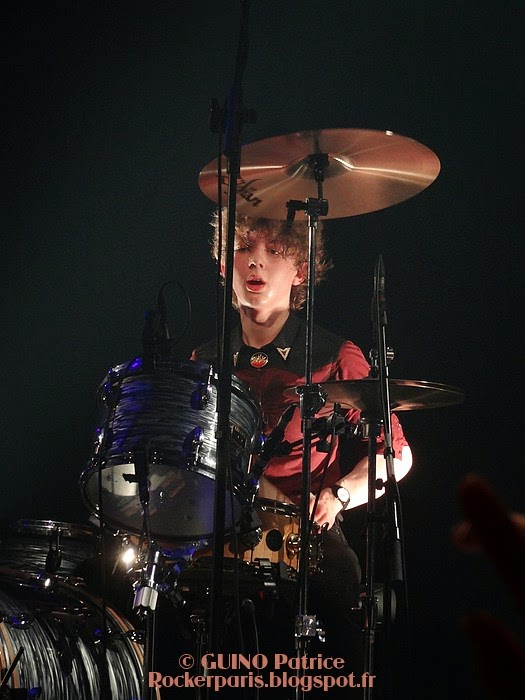 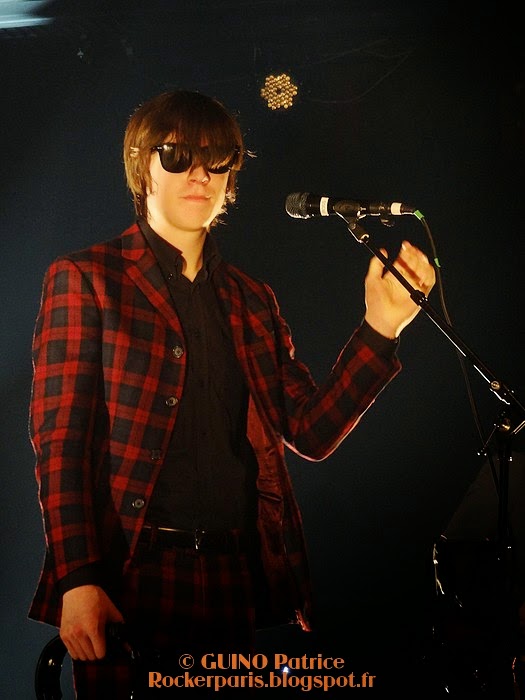 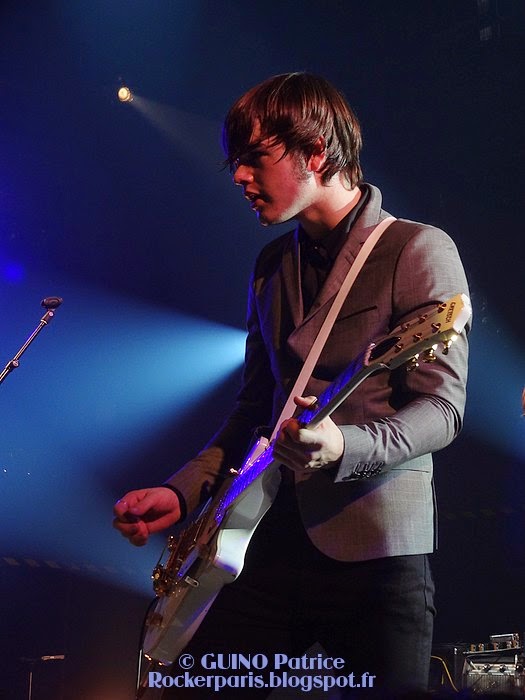 The Gaité Lyrique is really packed (500 capacity), it was sold-out weeks ago. All teenager girls are down the front but the band is also attracting, funnily enough,  grey hair French Rockers in their 40's and 50's who are all standing up in the back.
Members of The Strypes are very young no more than 18 years old and Fuck me these kids can play... they've been compared to The Kinks, I Guess these kids are playing much better than the Kinks when they were the same age. hard to believe. Lots of very short -no more than 2 min long songs- no temps mort.
The singer looks a little bit like a very young Miles Kane/Alex Turner playing it cool with his shades and costume.
They're having fun and so are we.
The singer stopped singing and couldn't stop laughing when a kid missed his stage-diving and ended up on the floor. 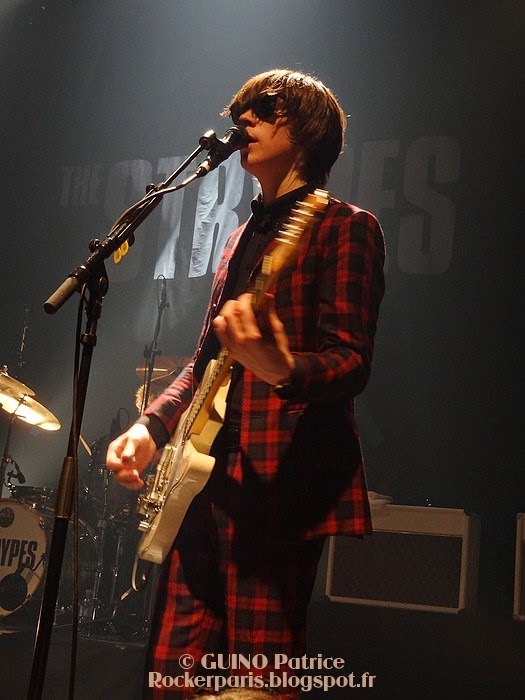 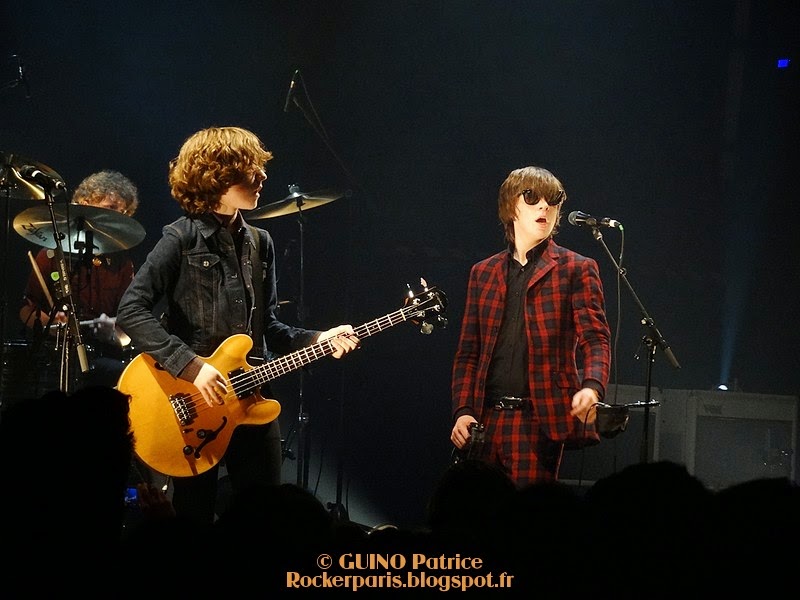 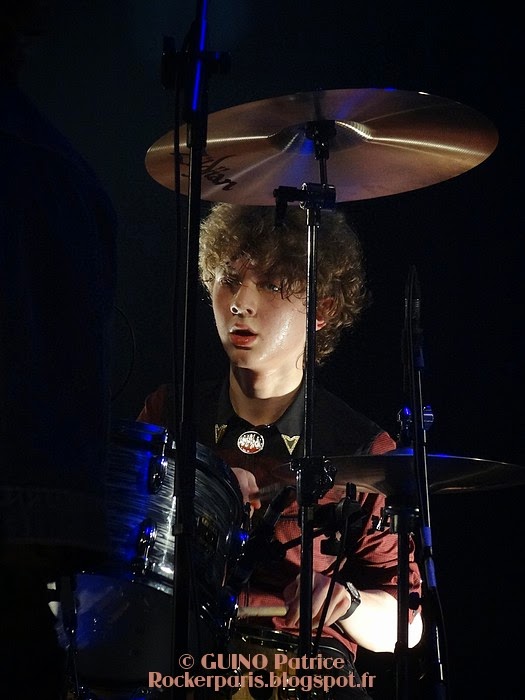 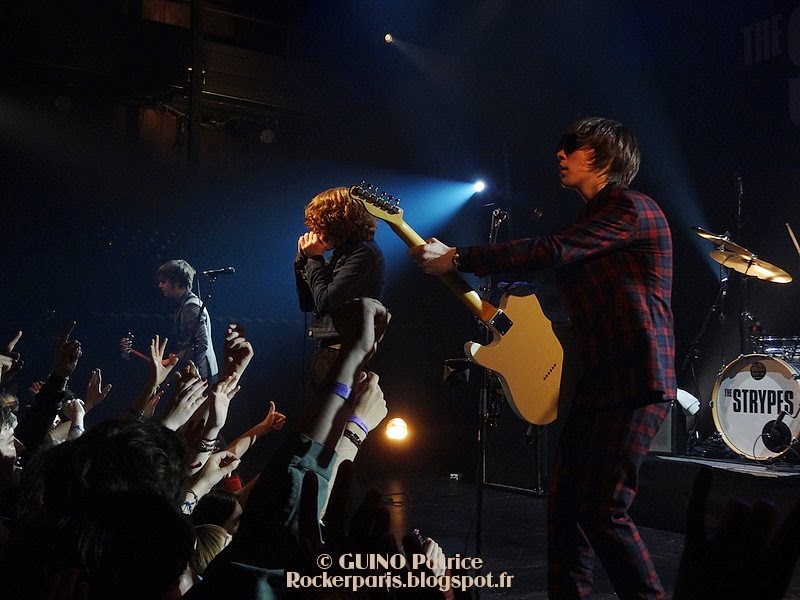 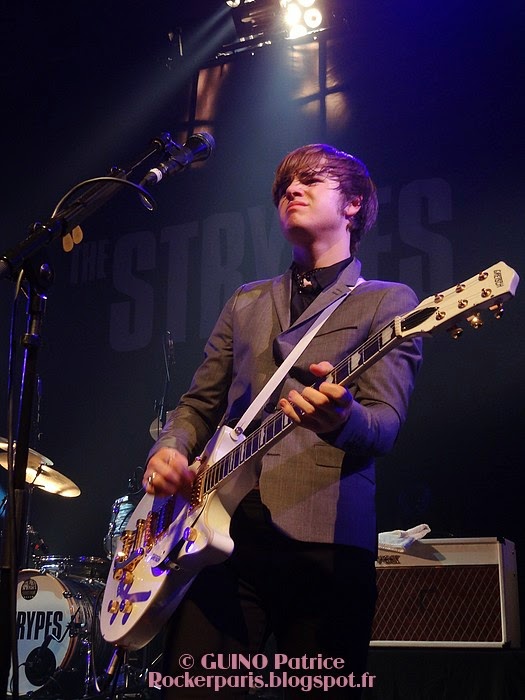 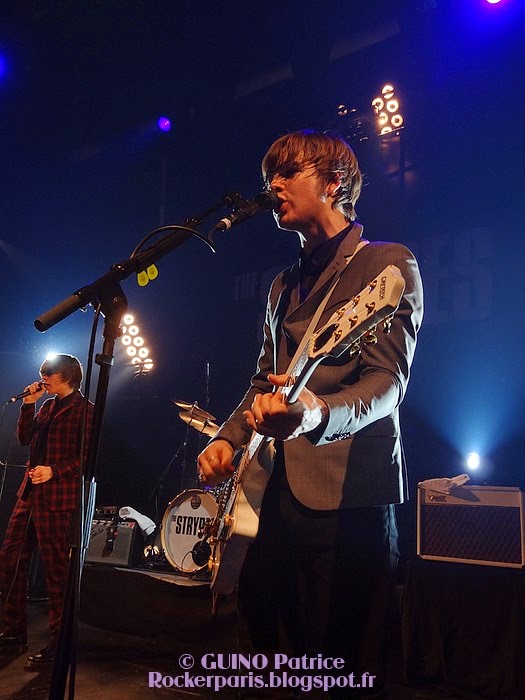 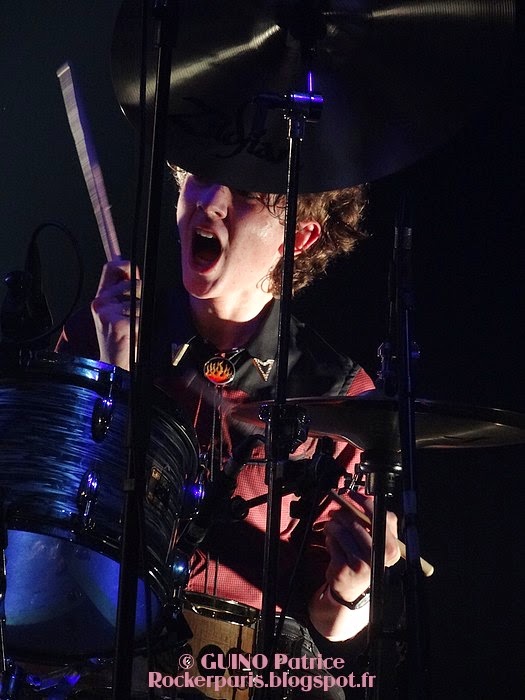 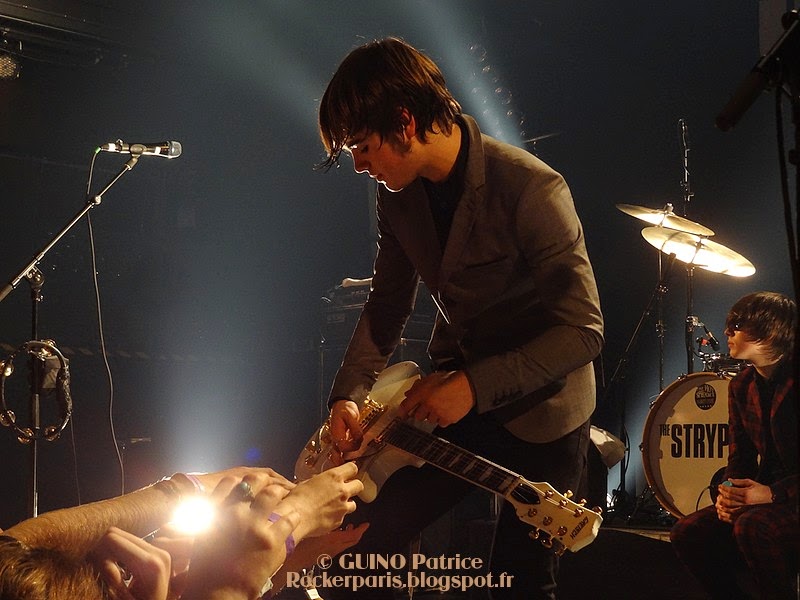 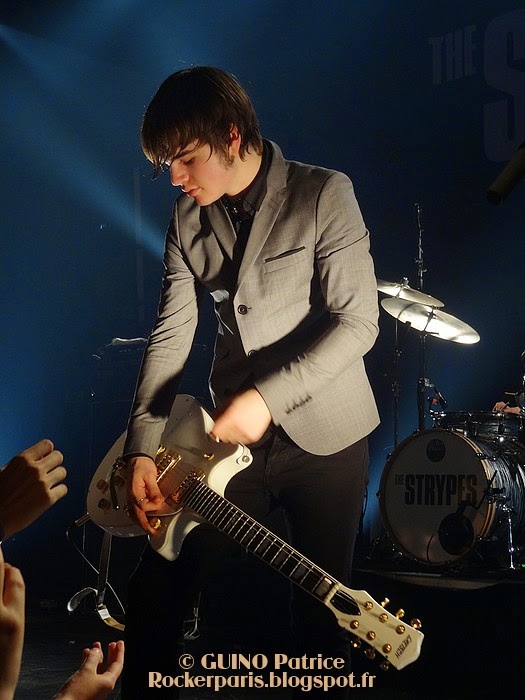 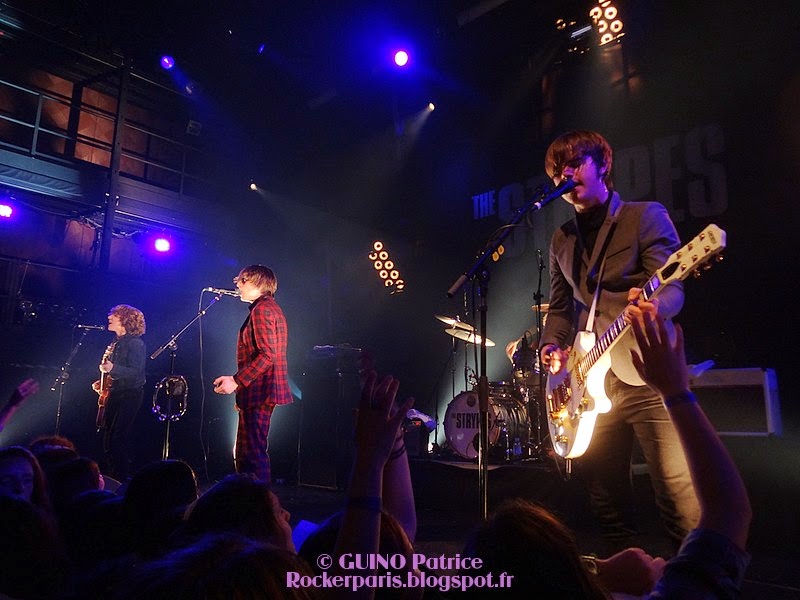 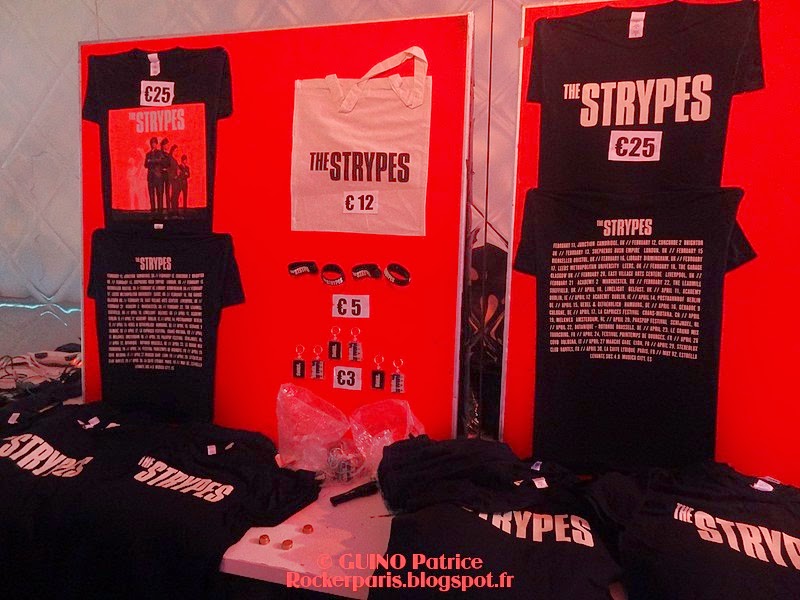