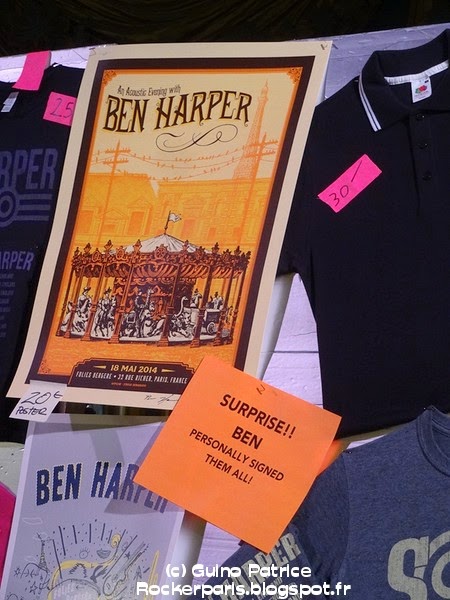 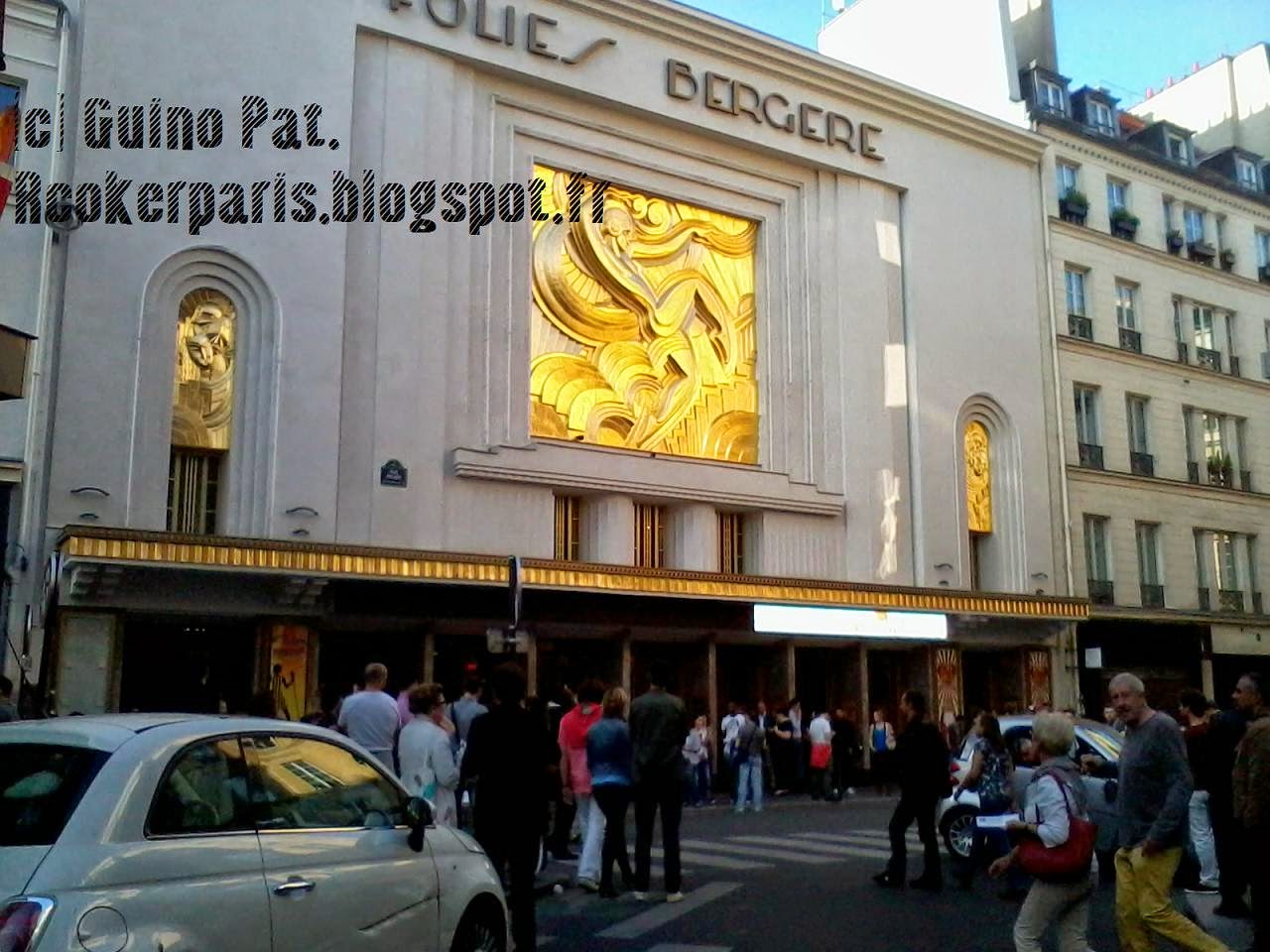 2nd show @ Folies Bergère theatre in Paris for Ben Harper, basically the same concert with a different setlist. He started the show with "Jah Work" that was on the setlist yesterday night as the last song but wasn't played. The quartet played 3 songs with him and his mother played 2 songs, he then called her back at the end of the set for another one.

Tonight we had Marvin Gaye's "Sexual Healing" . At the end of the concert he came back to play a song on the ukulele from the balcony dressed up with a cape (here below on video).
I have to say that tonight's was better, maybe the setlist pleases me more that yesterday, or maybe I knew what the expect from this acoustic show. Still lots of talking between some songs.
Her mother played one more song tonight, hope she will be back for more tomorrow night for the last show.
They're selling posters for each night, each one is signed by Ben Harper. 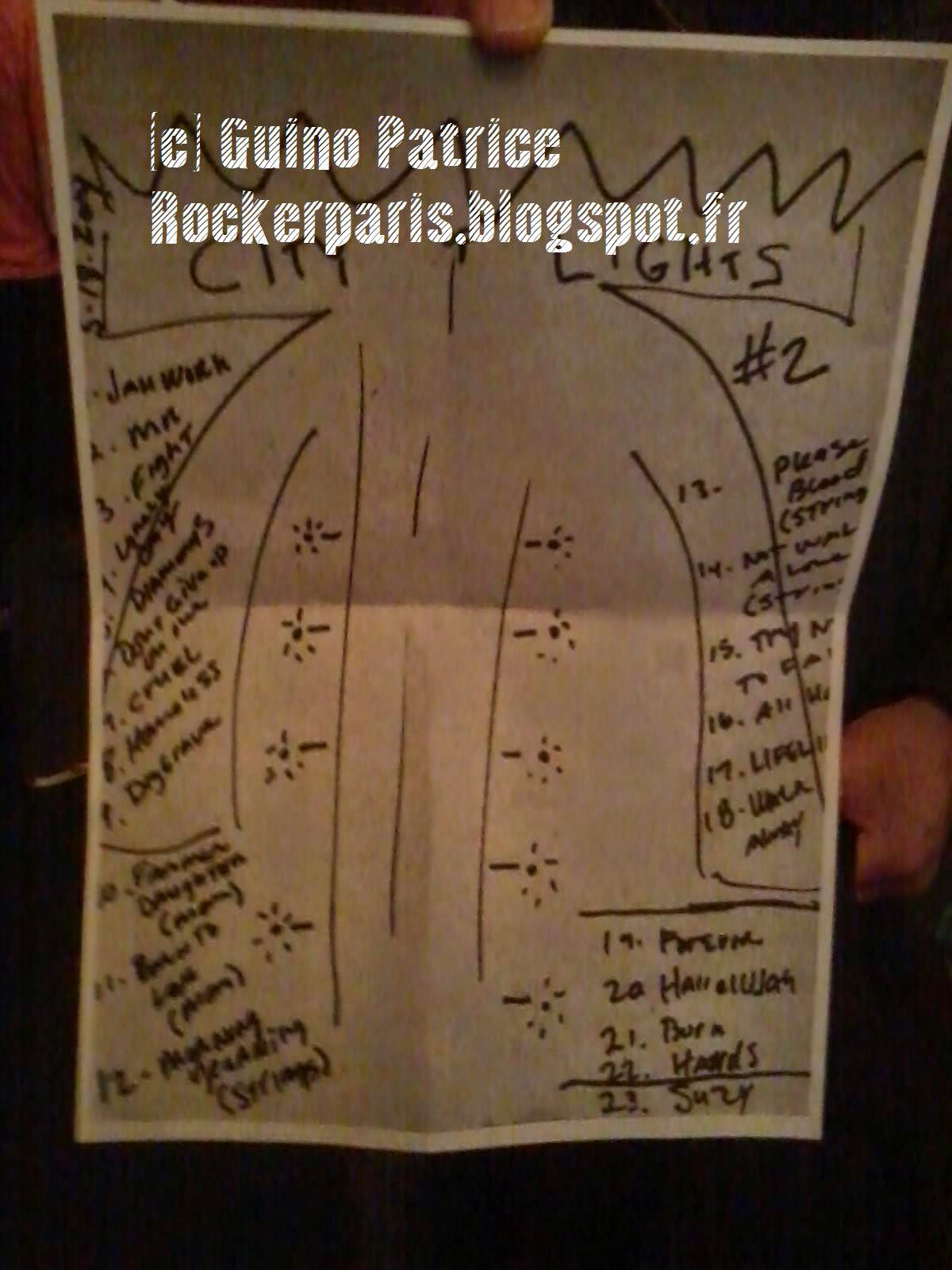