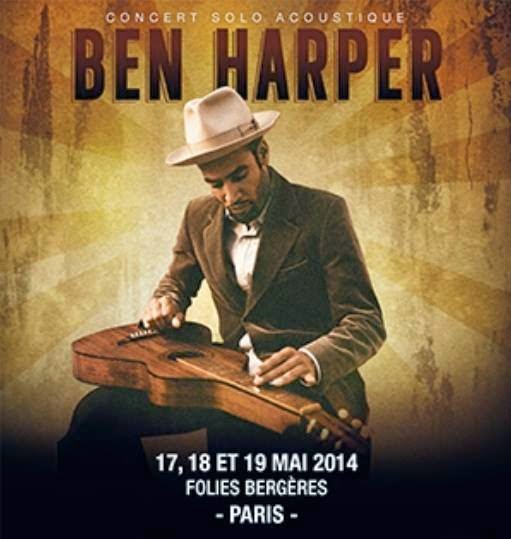 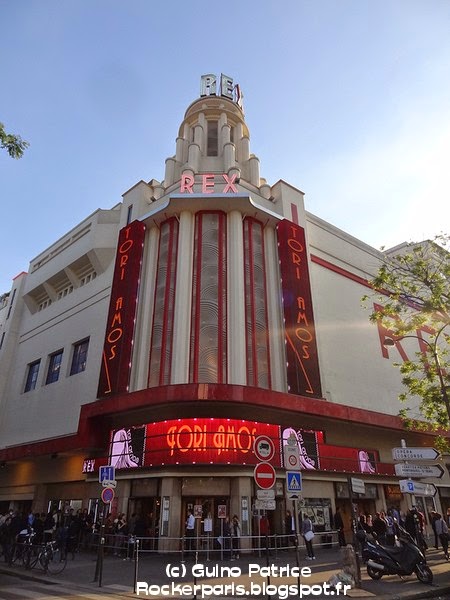 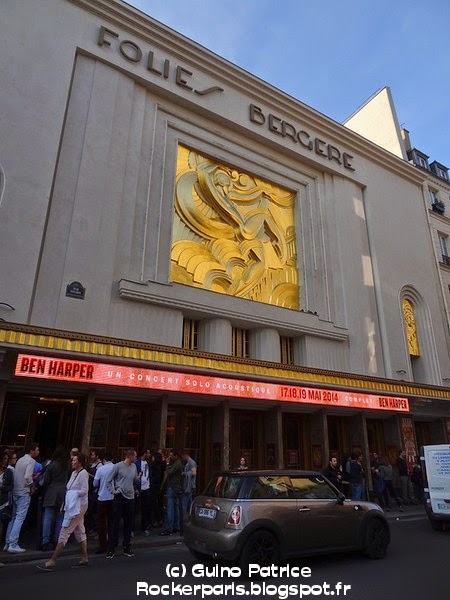 Tori Amos was playing nearby at the Grand Rex
Ben Harper playing 3 sold-out shows in Paris @ Folies Bergère theatre, it's probably the first time that he's playing an all acoustic show in Paris. He has always play acoustic numbers with the Innocent criminals...
This he's alone sitting down on a chair with all his guitars behind him , a bit like Neil Young for his acoustic concerts.
First song is a long instrumental on the Wesseinborn, maybe not the best way to start the show. We're treated to a best of of his career. He's using a different guitar for everysong Acoustic, Weissenborn, or electric...
The Quartet which was also the support band tonight came back on stage to play 2-3 songs with him.
He also had his mother to play (only) two songs with him, she could have stayed a bit longer as the whole new album is with her.
Ben is in a chatty mood, with sometimes long talk between songs ( see video below with only the last part of the speech) even to say stupid things like "you're the best audience" or "this is the most beautiful theatre I have ever played"... anyway.
It's the first time that I see him playing piano on stage, first with his mother and then for for a new song to be on his next album with Charlie Musselwhite. 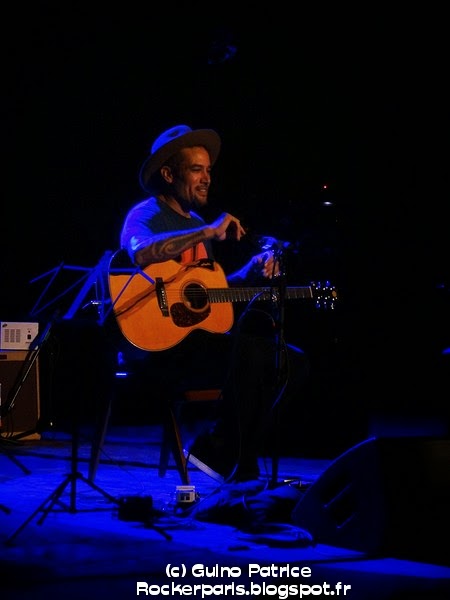 Lots of respect from the audience, when he's playing you could hear a pin drop, with the usual "We love you" once between two songs, Ben pointed out the guy and went into the audience to shake his hand... 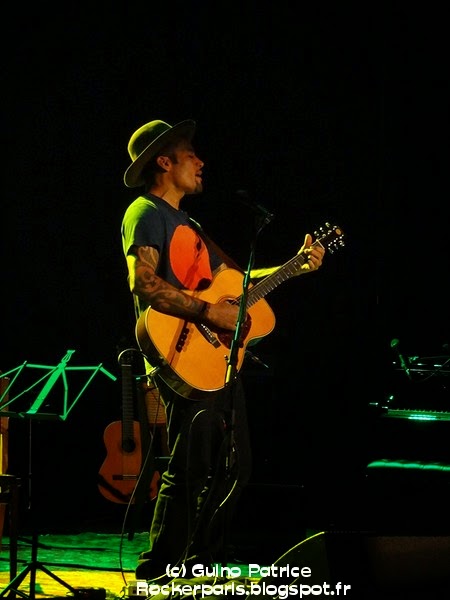 We had a cover of Neil Young's "Heart of gold" (not on setlist) as well as Leonard Cohen's "hellelujah" (here on video) with a long introduction on when he met Jeff Buckley @ The Eurockéennes festival.
Also had a brand new song "Dig Grave"
Overall good show but I prefer when it's rocking... 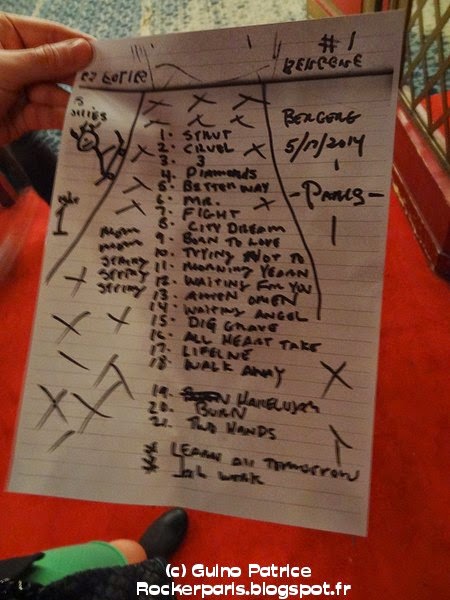