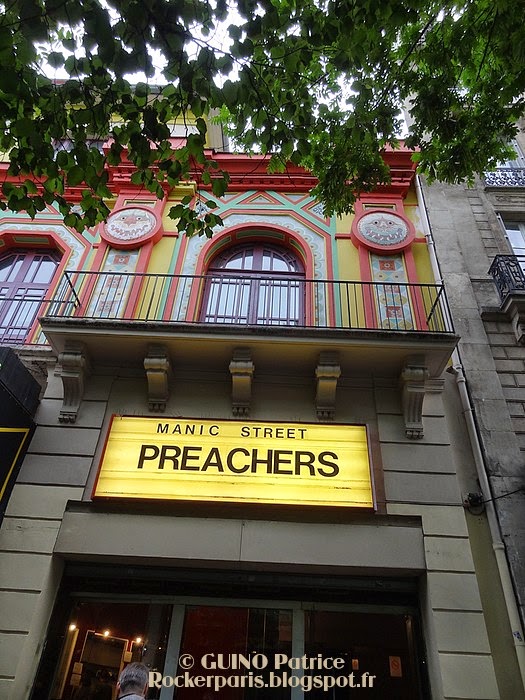 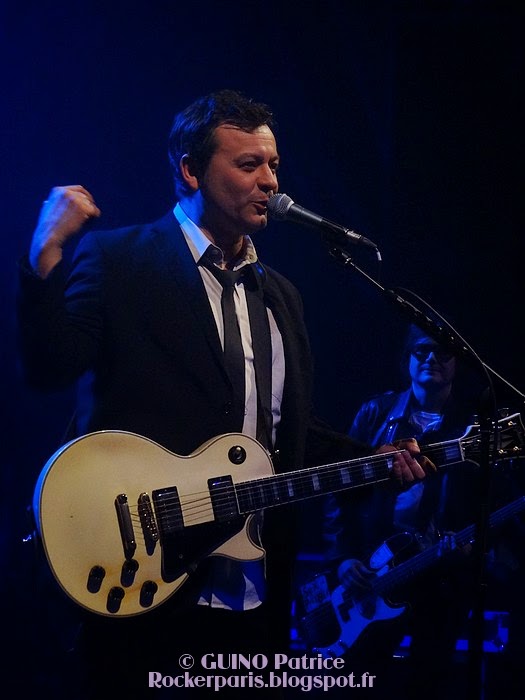 We've been waiting for this moment for a long time, finally we're going to see MSP live...
Support band Public Service Broadcasting is already playing when we're making our way into an almost empty Bataclan, the balcony is closed and you could play tennis in the pit, hard to believe. 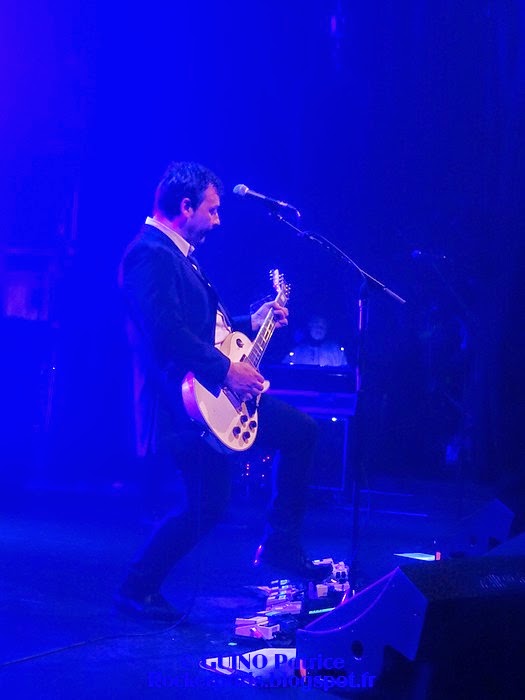 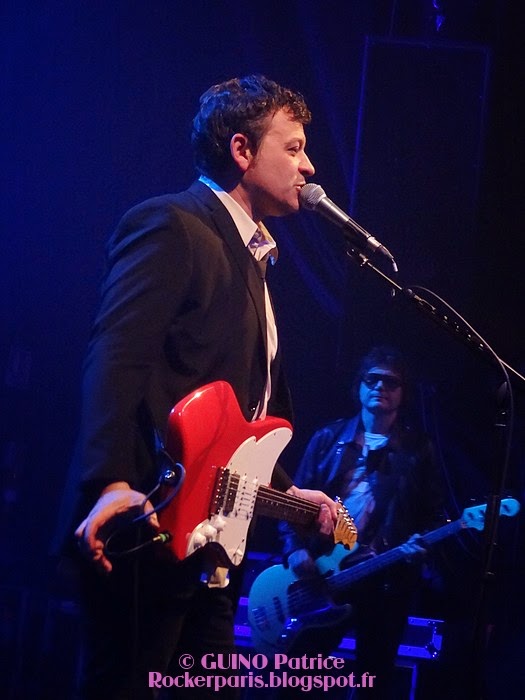 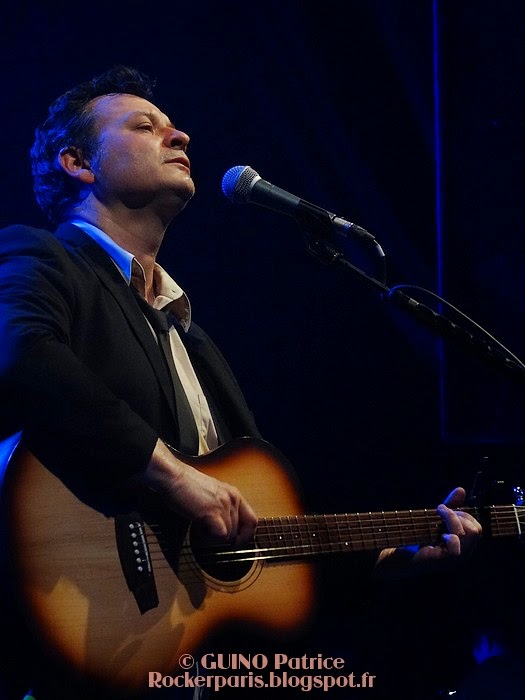 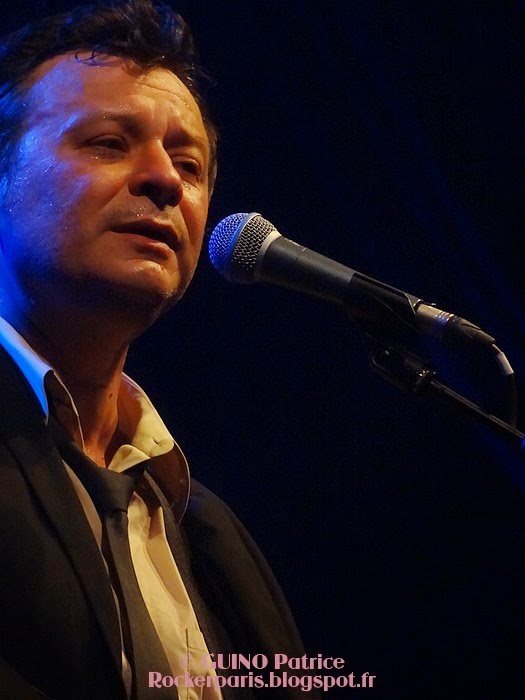 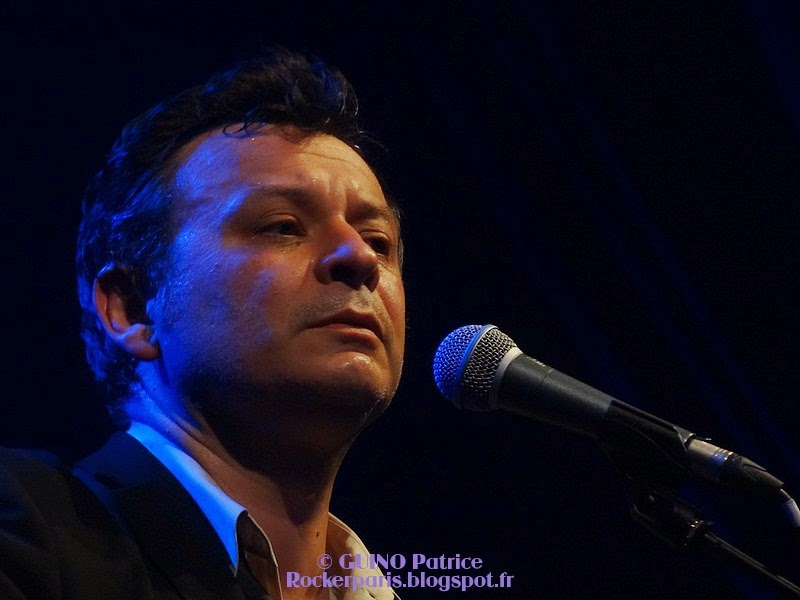 The Manics have never been very popular in France , even James, at one moment during the gig, will acknowledge that the Manics have never sold a lot of records in France.
When the band is taking the stage there are more people in the pit, but still... with many Britons in front of Nicky on the right. There are two additional players on keys and guitars on the left.
Lightning's not that good but the sound is loud & clear.
Lots of dedicated fans in the audience.
James is telling us that he has a sore throat and is constantly running to the drum riser to take "medications" for his voice between songs, honestly his high voice is perfect.
The Manics have lots of great heavy pop songs to have the audience jumping up and down maybe they could have played the -very slow- song "Rewind the Film" later during the concert but I guess they've played it earlier in the set to save James' voice which was fine, that's probably why they added another solo acoustic song "Small Black Flower" that wasn't on the setlist. 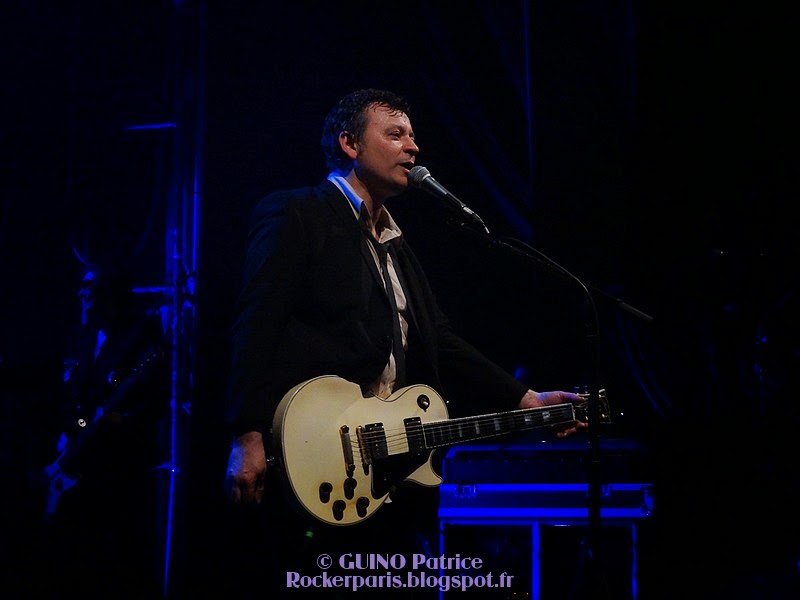 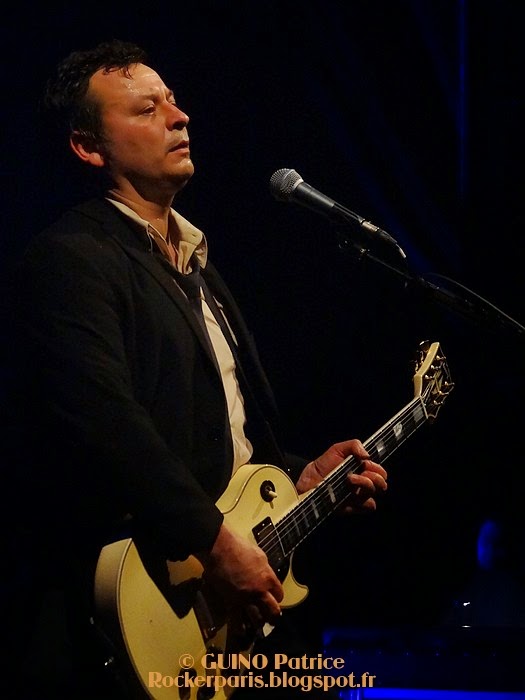 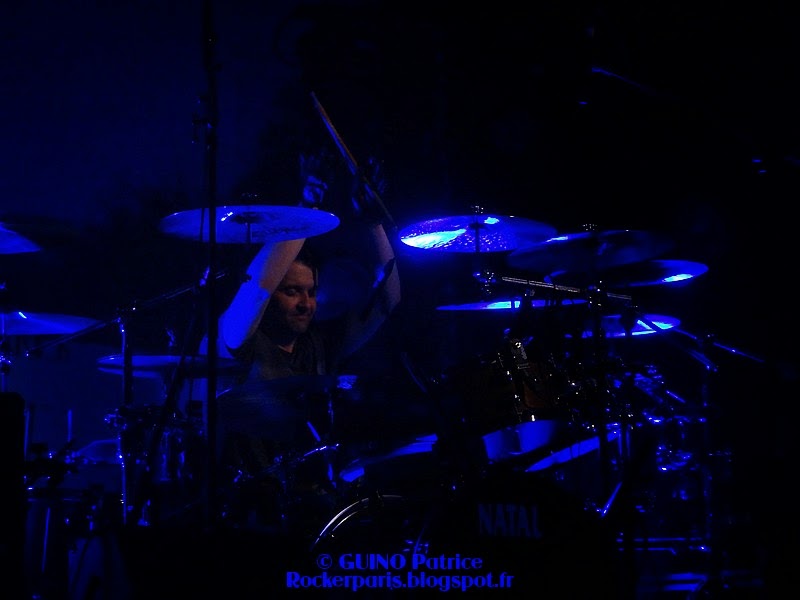 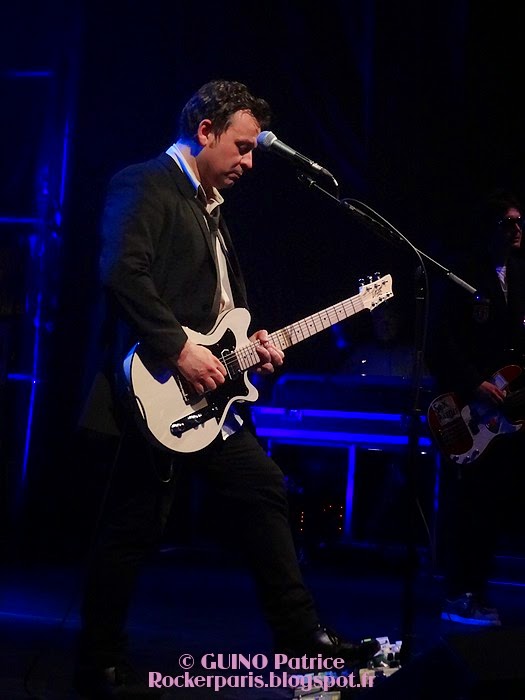 Overall good show, I've been told they never play "an encore" , they should ! 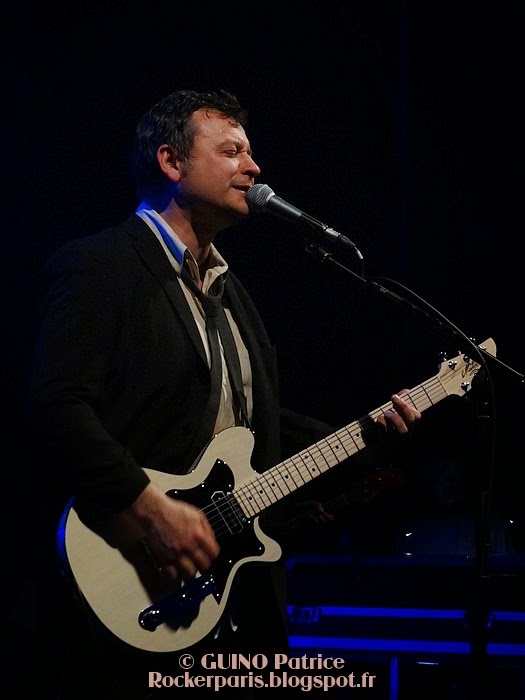 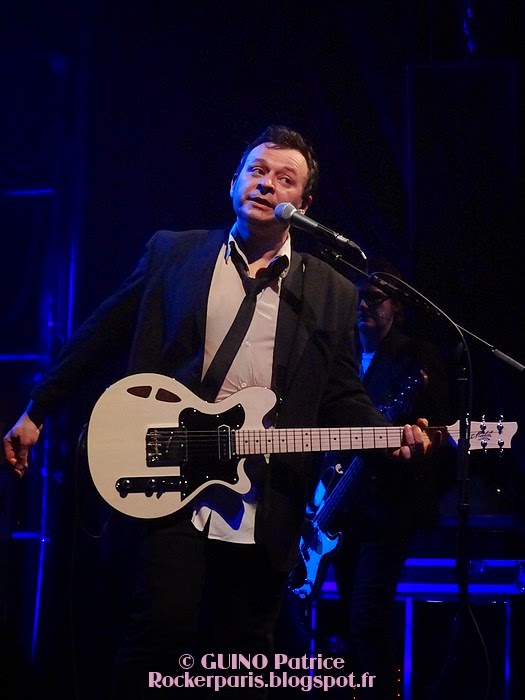 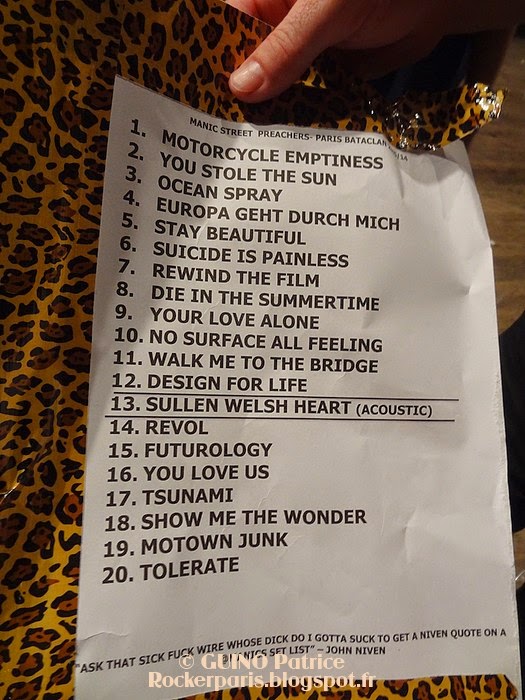 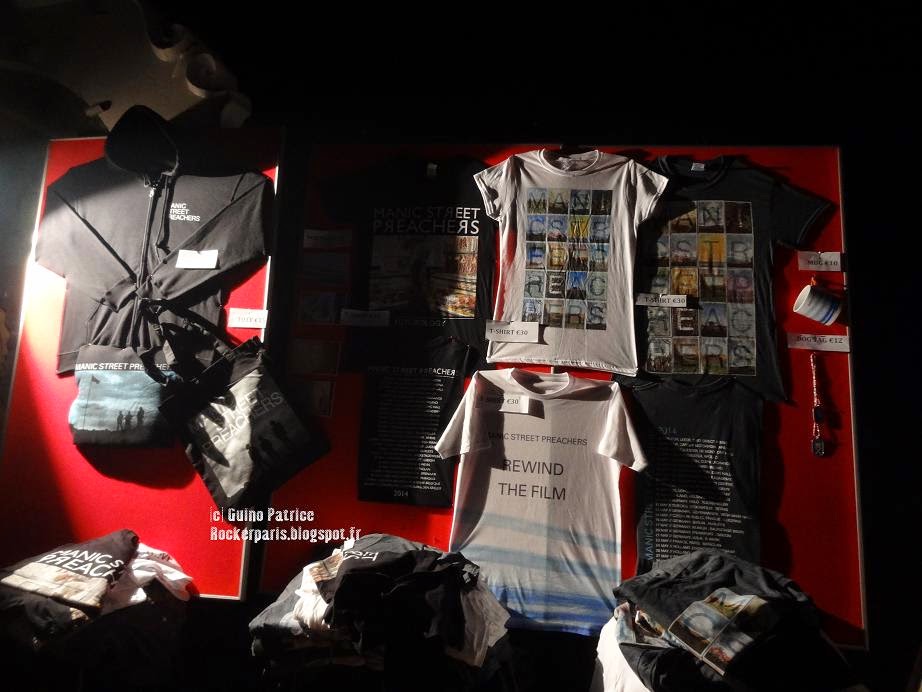