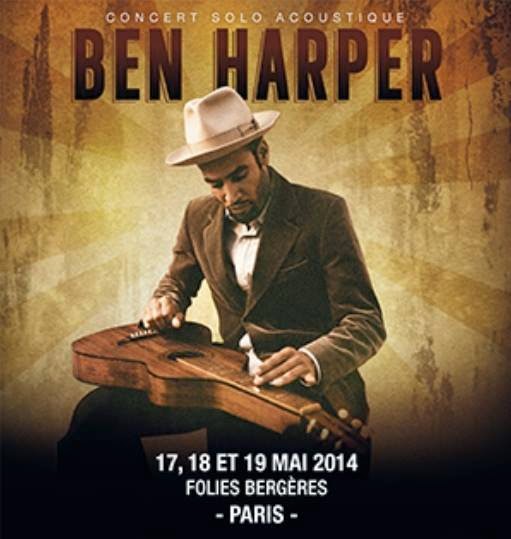 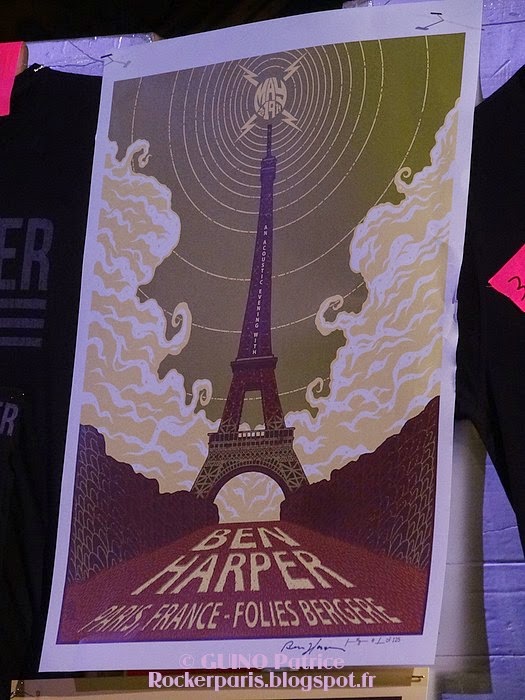 Last show for Ben Harper in Paris, his third and last one on the European Tour.
There's a special poster for tonight's gig , like they did for the others, a beautiful one with the Eiffel Tower,still signed by Ben unfortunately it's on very thin paper so we didn't get it.
They still had lots of posters from the previous nights including the awful one from the first show.(see pic below) 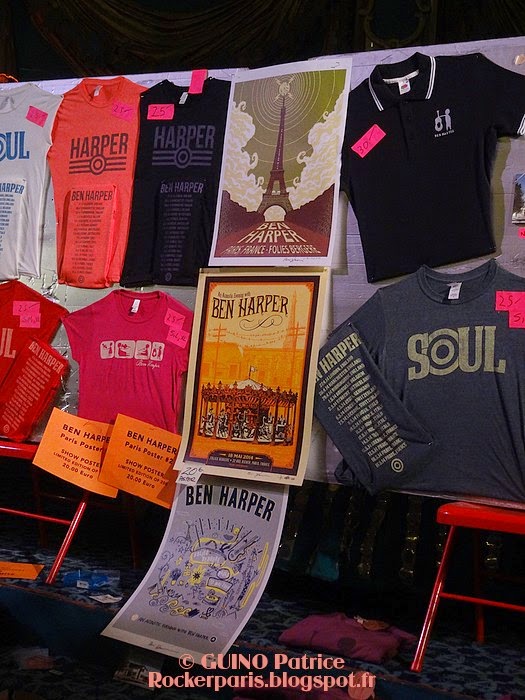 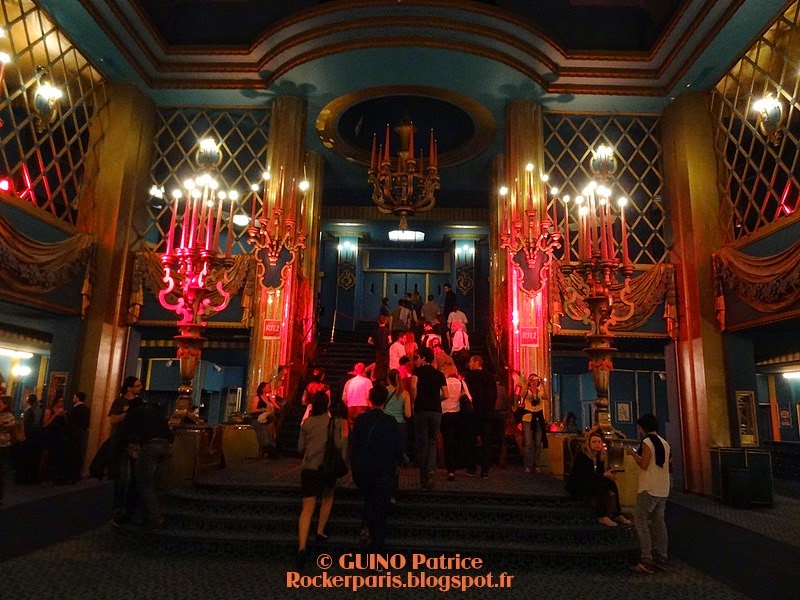 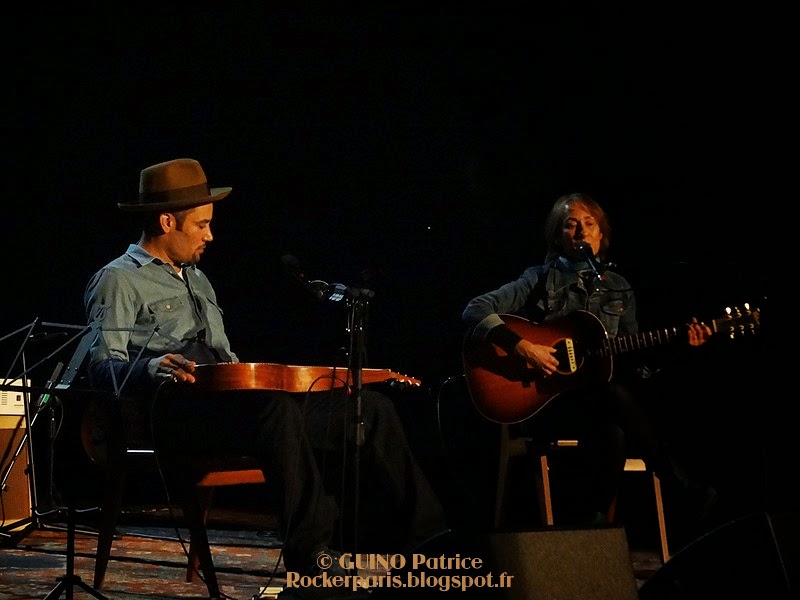 Another sold-out concert tonight with the classical Quartet opening. Roughly the same gig and the previous ones with some changes with the setlist, Ben is playing a different guitar for each song.
Strangely enough for the last show not a lot of talking between songs, considering what he said yesterday and the day before that's a good thing. -Less talking More music-
And we'll get more music tonight... of course the quartet is back on stage to play with him 3 songs, his mother is also playing two songs... same as usual but we're having extra songs tonight including one with the Quartet with each musician being introduced to the audience, his mother is back for the encore (see video below).
As always with Ben Harper the atmosphere is very relaxed with a very respectful audience.
For all shows we had a private box on the left but we decided to go upstairs for the encore, just in case Ben played like he did yesterday on the edge of the balcony... he didn't but we had a nice view of the theatre (see pics) never thought it was so big with a second balcony in the back. Beautiful place. 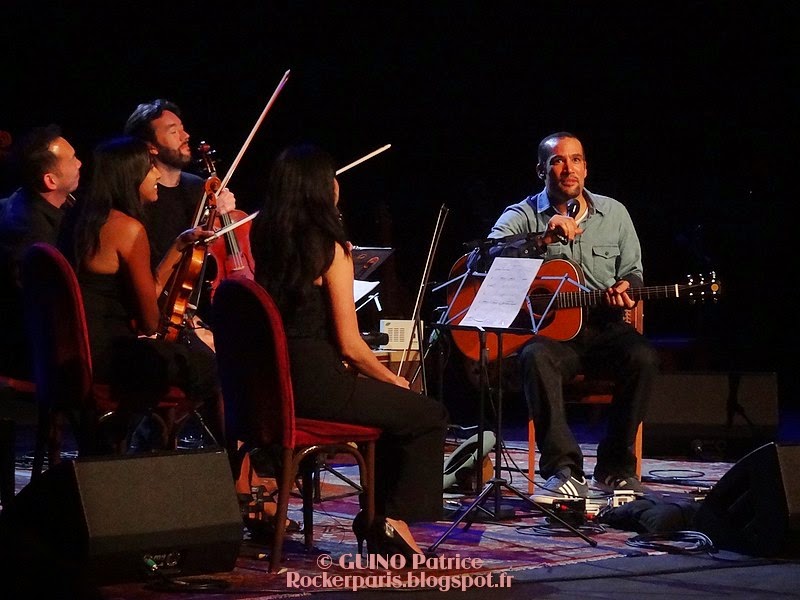 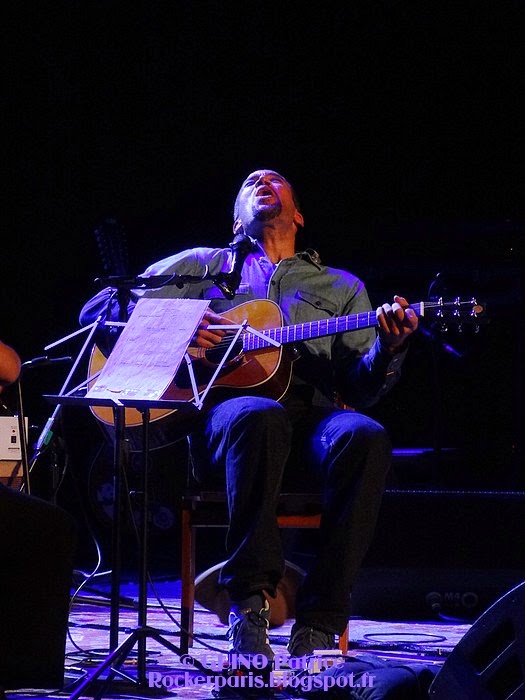 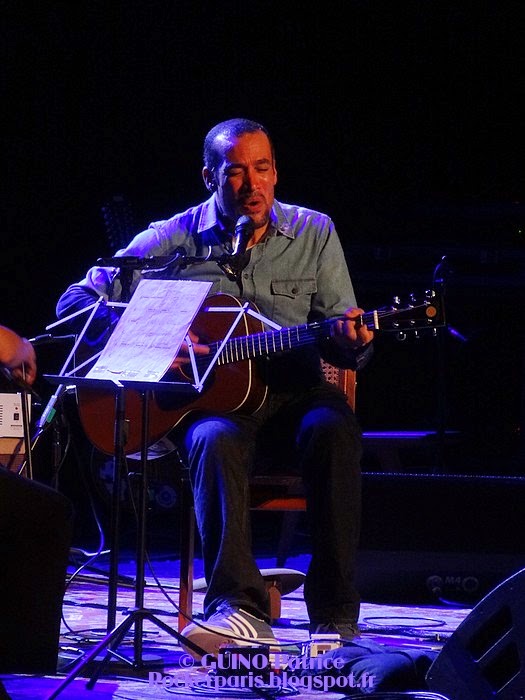 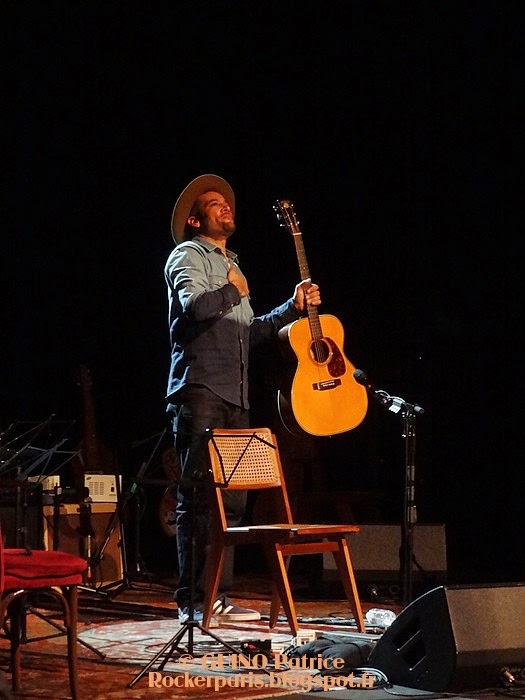 Once again Ben played a song without amplification on the front of the stage, you could hear a pin drop. H thanked the audience for the nice time he had in Paris, signed a few records and that was it.
170 min concert, almost 3 hours of a faultless concert. 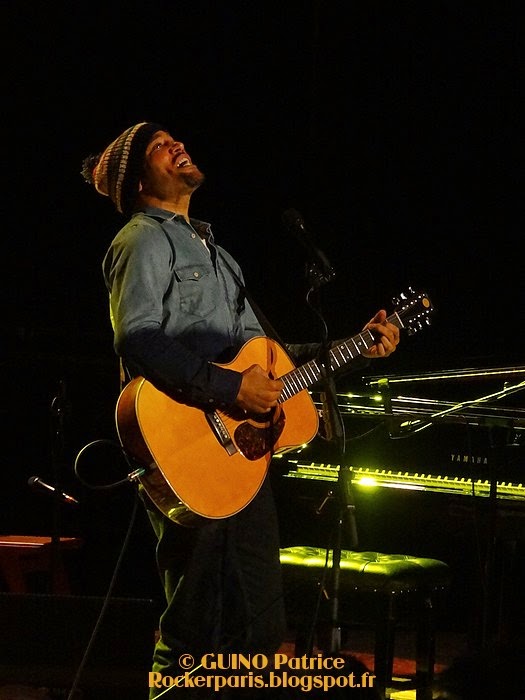 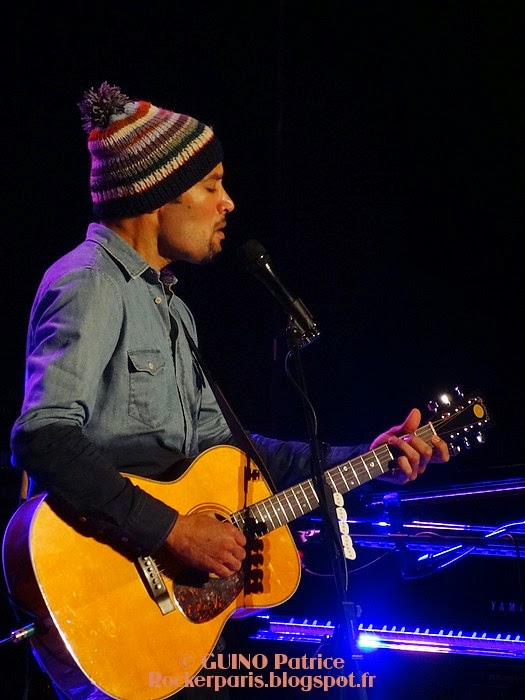 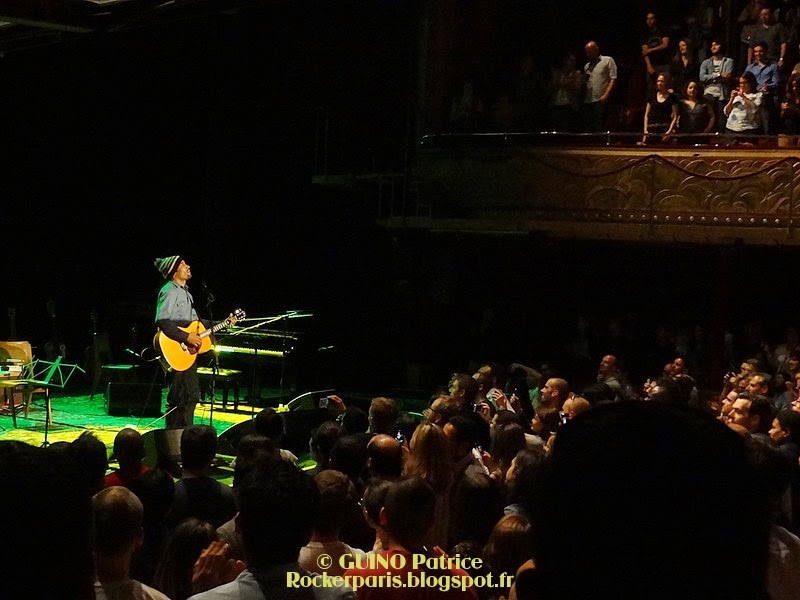 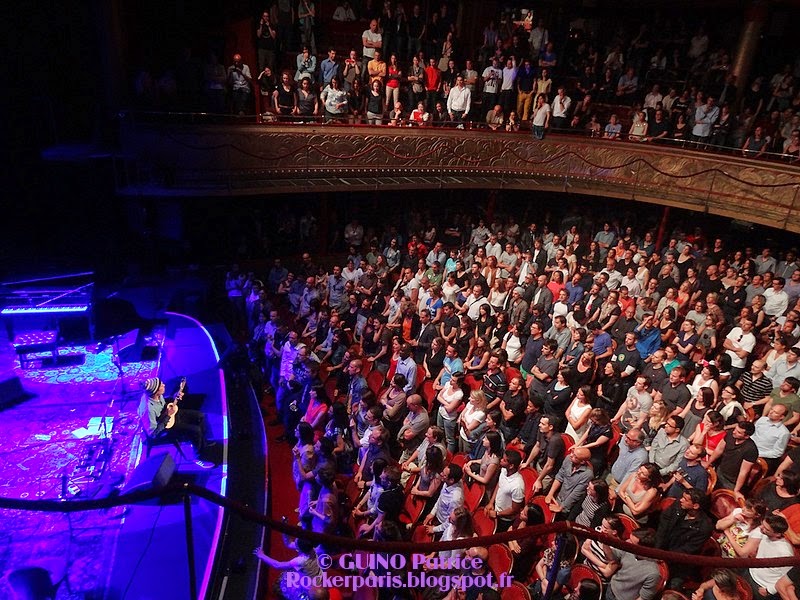 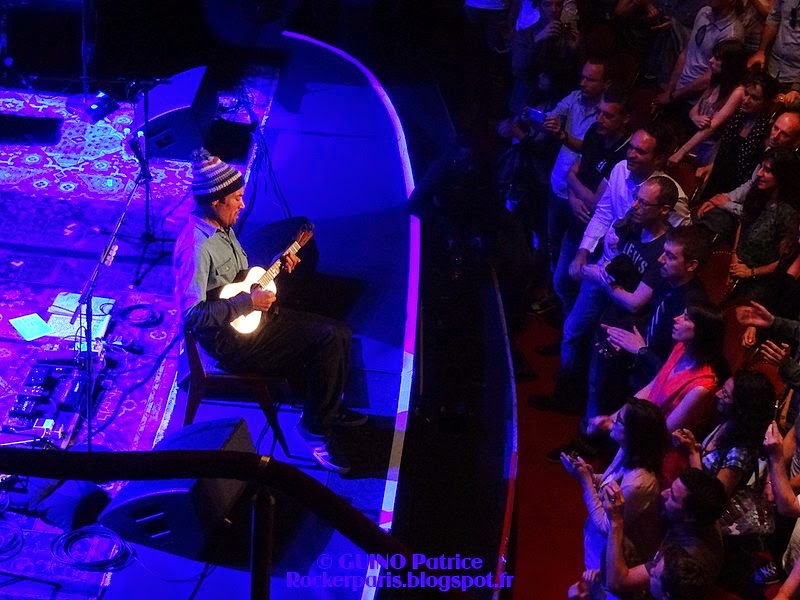 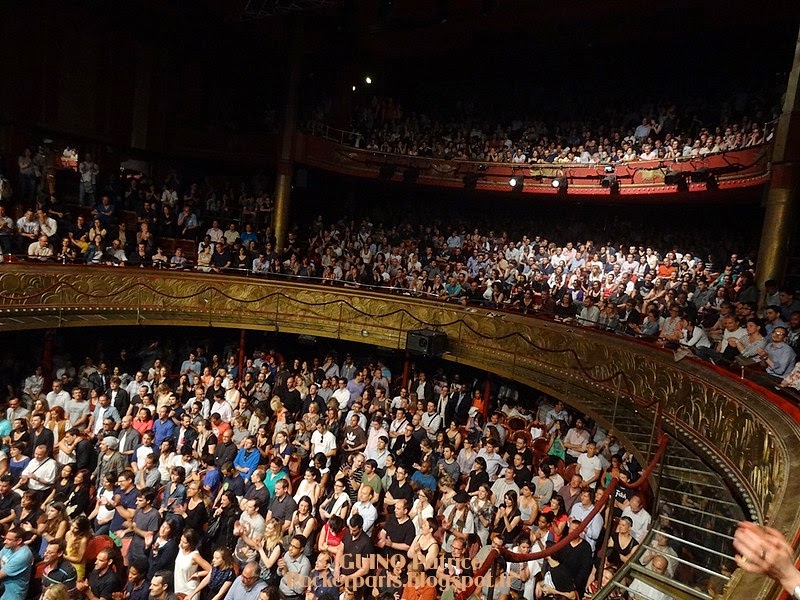 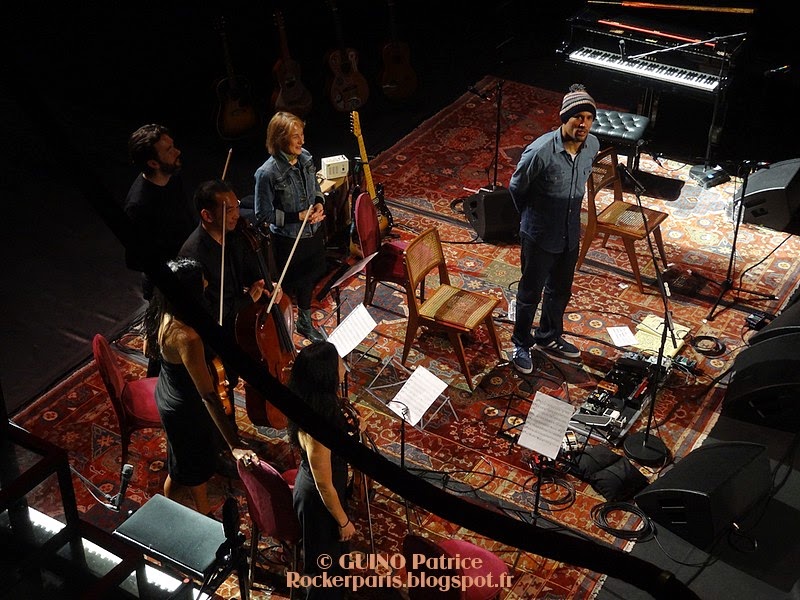 sorry couldn't get a picture of the setlist tonight 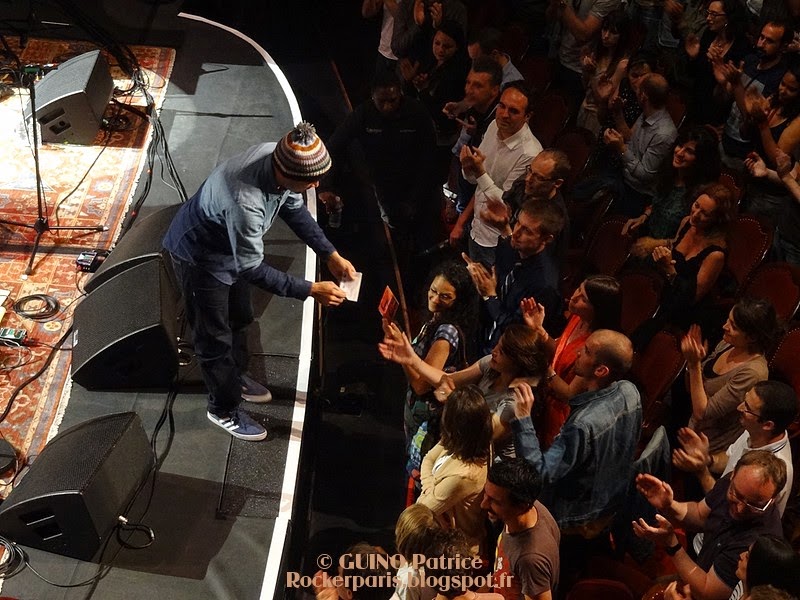 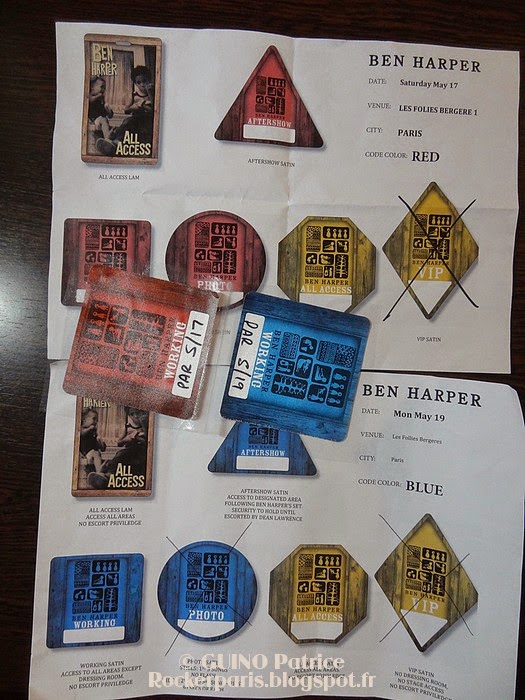 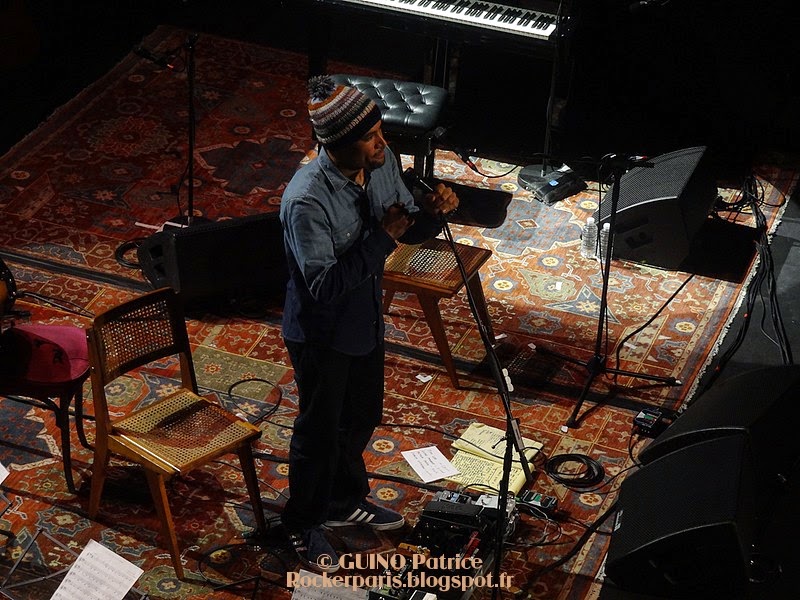