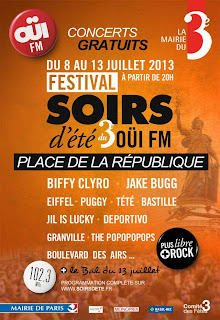 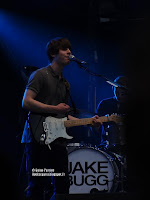 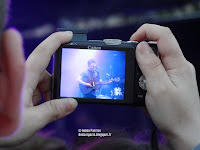 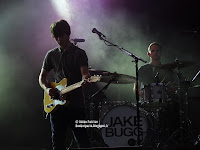 Many gigs tonight in Paris, we chose to stick with BABYSHAMBLES for their LIVE return to Paris. It's been may years, way too long. I guess we all have enough  of Peter's shambolic acoustic gigs.
We want some proper Rock 'n Roll and BABYSHAMBLES is the right band. 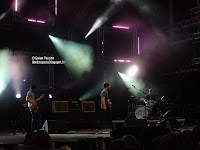 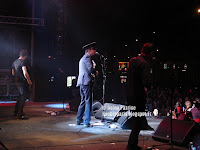 Jake Bugg is opening, we already saw him once @ L'Album de la Semaine TV show. He's OK, the audience likes him. Lots of beautiful girls in the audience but it seems that many people are here just to be with their friends , talking and having a drink, more than to attend a proper rock concerts. 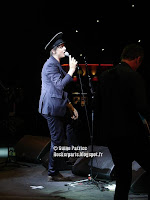 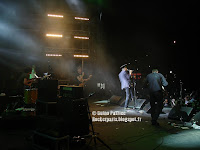 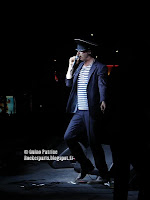 Then we have a walk backstage, the band is ready, Peter still in his port cabin. We walk on stage with them and their entourage.
Of Course we have a perfect view, not sure but it sounds like they've played the new single ( just heard it on the BBC, it's rockin' and smokin') then some of the hits including "Fuck Forever", the last song of a VERY short set, no more than 30 min.
The band is tight and Peter in fine spirit.
Really nice show but 30 min ?!? Come on guys !!!

As soon as Pete's leaving the stage he's caught by OUi fm for a very short interview , behind the stage we can still hear the audience asking for more.But the band won't go back, too bad. 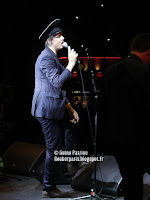 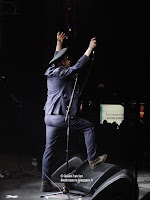 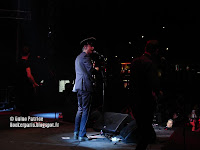 
Babyshambles' new single: "Nothing comes with nothing" (sounds great)