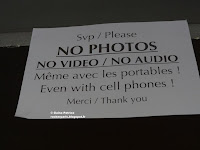 First proper European show on this Tour to promote his first solo album "Blunderbuss", the album is out tomorrow but you could buy the vinyl & cd at the show tonight.
We could get ours on friday just before going to see Jack White @ L'Album de la Semaine TV show for Canal+performing a 45 min showcase, in front of a selected audience of less than 200 people, with both bands (male and female for two sets of 25 & 20 min). 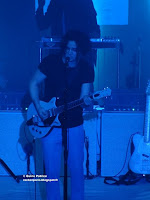 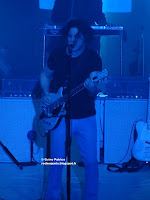 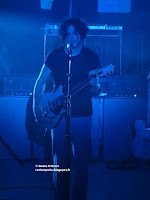 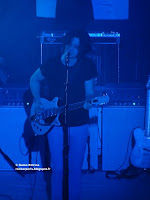 Oups... sorry for the lousy Pics ;-) waiting for the officials !

Tonight we're only getting the Male band, Jack decided which one he was to play with, minutes before getting on stage, which means that the girls were @ Cigale and watching the show from the wings of the stage.
I guess he made a whole lotta money with The White Stripes as it might cost a fortune to pay expenses (travel & hotel + fees) for 11 musicians when you're only using 5 or 6 every night.

We knew what to expect, so there wasn't any surprise but Jack & the band were smoking as much as they did @ Canal+.
White & blue light for the whole show and the security was tight, probably the first show in a long time where I didn't see any cell phones or cameras up in the air to catch the moment, It's enjoyable but here @ Rockerparis, we don't like to be told what to do.
It's a ROCK show and we don't obey the rules, 'cause we're fuckin' ROCKERS.

Of course he played many songs for the new album and a couple of oldies, I have to say that our favorite is once again "Buffalo" from The Dead Weather. This song is a killer even though the album was very disappointing.
A "good" surprise he ended the set with The White Stripes' "Seven nation army", the show was so good that he really didn't need to play that song and we would have prefer another one from his back catalogue.
Great 69 min set, a bit short don't you think Jack ? 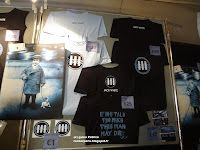 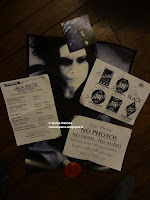 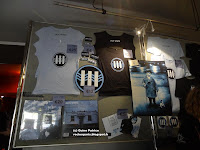