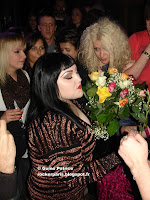 It was advertised a couple of weeks ago as a showcase then it turned into a Listening Party with the band. Too bad !
Some dance music is played in the background, free drinks and canapés, strangely enough, no one is rushing to eat the food.
Then we listened to the album, not really our cup of tea as the band is turning more and more into a disco band.
Just one listen was enough. 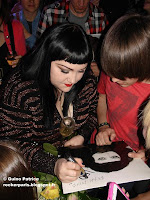 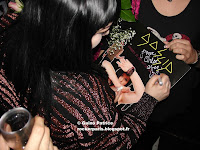 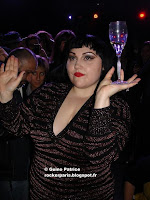 After some more crap music from the DJ, Beth Ditto + The Band & entourage are walking through the packed audience to one side of the room.
Beth is surrounded with people & fans who wants a picture with her or have something signed, she's very nice and chatty with everyone, giving out kisses and roses.
The members of the band are more relaxed on the side and not too bothered.
That's when we decided to leave the promises to go to the Gibus club for the launch Party of Mojo Mag.
A short set , even 30 min would have been nice ! 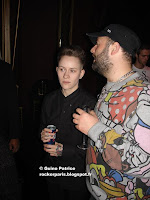 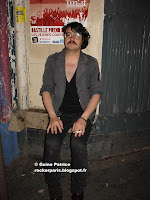 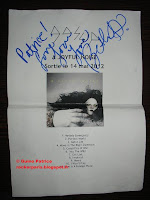 Out for a smoke (center) 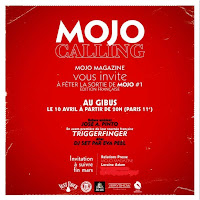