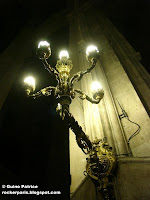 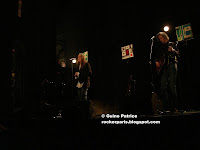 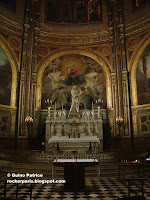 Long queue on the pavement of Les Halles quarter in front of the Church St Eustache to attend Patti Smith's acoustic show.
All the VIPs got in by a side entrance and before normal punters so they had the best seat down the front, but everybody is seating on the very uncomfortable little chairs of the church.
I've spotted lots of journalists and people from the musical business in the audience.
No need to tell you that this special gig was sold-out ages ago.
It's not the first time that we're seeing Patti Smith playing in a church as she did 5 sets from 9:30 pm to 4:40 am on the "Nuit Blanche" ( White night or sleepless night) of 2008 @ Eglise de St Germain des Pres (click for review) and we went to ALL of them. 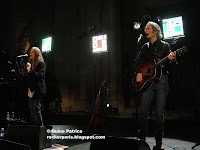 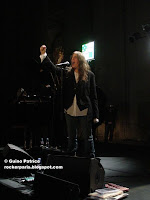 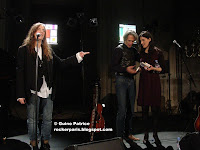 The Priest in charge of the church introduced her ( He's English ?!?) but we had to wait another 15 min before she appeared on the tiny stage with her daughter Jesse on piano and Lenny Kaye on acoustic guitar.

She started the concert by reading a poem "Tiger" and then the show started with "Wild Leaves".
The audience listened religiously, you could hear a pin drop. The Sound wasn't too loud, you can't play loud in a church because of the echo and the lightning was ... not very bright so... sorry for the lousy Pics and video.
Before each song she took the time to introduced it or dedicate it to the ones who left us too early ( Robert M, Fred Sonic Smith) or talked about french poets and writters like Rimbaud or Genet.
Lenny Kaye played a song on his own, while Patti was seating on the side of the stage, for his uncle who died recently.
She played some of her well-known songs (see setlist for details) but also did some songs that she's rarely playing like "Cash" or Bob Dylan's "Spanish Boots".

She had to re-start "cash" four times as she messed up the beginning of the song, she was reading the lyrics on a paper, but she took it with a laugh AND a good word :"Robert Mapplethorpe was the perfect artist, Frederick was the perfect man, an un-perfect woman stands before you celebrating them" (Laughs). 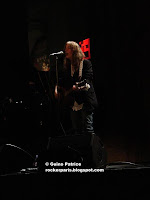 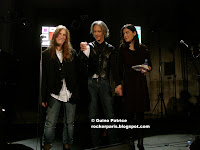 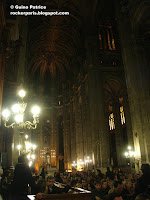 She kept her more famous songs for the end with "Because the Night" (Here on video) and first and only Encore "People have the Power".
Great short set (75 min). 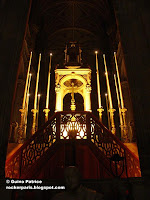 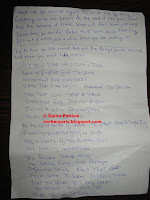 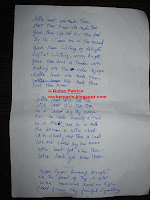 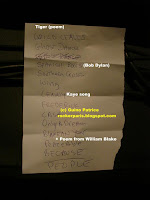