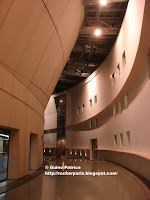 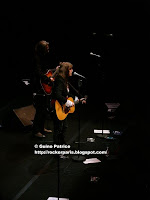 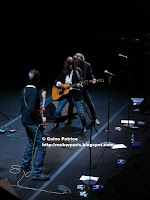 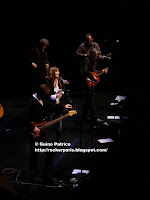 We're back at the beautiful Cité de la Musique in Paris to see Patti Smith performing an acoustic show.
A couple of days ago she performed a "Poetry & Music" show (click for review) which was much more better than expected. Not that much of a poetry man.
Unfortunately we won't be able to see her performing "Horses" @ Salle Pleyel on saturday.

It's another sold-out performance ( you could get tickets on the night).

Cool start with a Bob Dylan " Boots of Spanish leather" cover with just Lenny Kaye on acoustic guitar then the whole band is joining her for the rest of the gig.
It's always a pleasure to see Patti Smith playing live, she has classic songs and she's always playing a few covers, her last solo cd was a cover album and she's always relax with lots of talking between songs.
It was a bit of a special set as she played many songs that she's not playing very often : "Daydream Believer" from The Monkees ( here on video), some Dylan " Boots of..." and my favorite for the night : a fantastic version of The Beatles' " Strawberry Fields forever" dedicated to John L 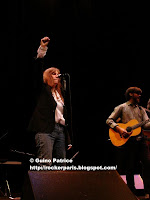 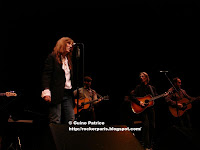 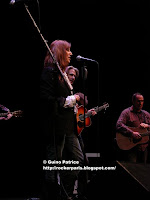 "people have the power"

She also played her classic songs, even though it was acoustic, it was smoking with a great ending feat. " Because the night" "People have the power" & Rock 'n Roll nigger".

A couple of days ago she didn't come back , it's different tonight , as people were leaving the premises she came back to play another one ( not on the setlist) " Wing" (?!) that song was on the setlist two days ago and wasn't played. 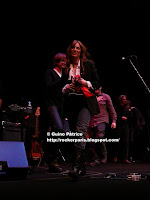 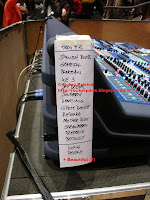 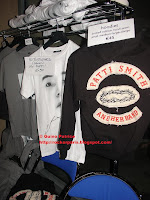 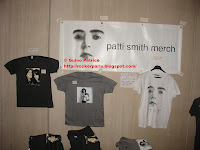