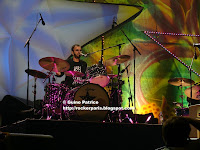 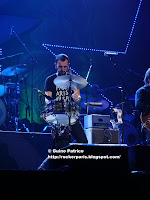 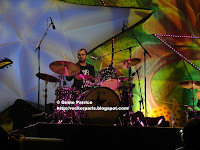 The last time Ringo Starr played in Paris was in 1992 or 1993 @ Zénith with a different All Starr Band, we were already there.
Even though, he hasn't been in Paris for a long time, it was far from being sold-out, some parts had black curtains to cover empty seats in the back & on both sides.
A few weeks before the show tickets were suddenly sold for a cheaper price on official websites, tickets were halfprice, the cheapest being 30 Euros. ( Originally The Carré Or was 150 euros).
Won't talk about the support band that was complete crap.
The stage is beautiful (nice backdrop) and the sound is not to loud.
Cool start with "Don't come easy" with Ringo singing down the front.
He has some (very good) musicians on this tour, first the drummer Greg Bissonette who already played with David Lee Roth, Joe Satriani & Toto among many others.
Glad to see Edgar Winter & Rick Derringer back together on the same stage.
When you go to see Ringo that's his concert but also his musicians' so they're taking the lead for their own songs.
Very good parts with Edgar Winter & Rick Derringer: these guys rock but I have my doubts about the others : Richard Page and his Mr Mister AOR songs, same with Gary Wright and Wally Palmar and his The Romantics songs. 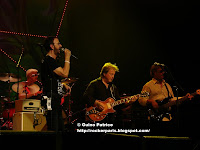 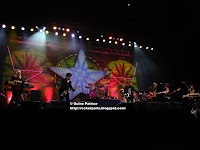 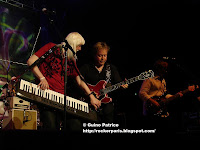 So there are good parts (Beatles songs) even if Ringo's voice is not on top form, his solo songs are ok but there are also less interesting parts ( or dull moments) with the other guys. I mean who cares about The Romantics over here. 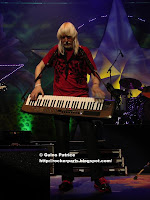 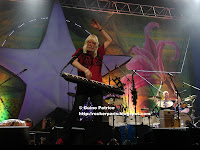 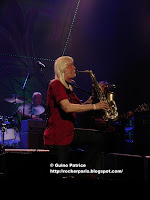 Thankfully Edgar Winter was there to add a bit a crazyness with "Frankestein" and Rick Derringer a bit of blues rock with "Good Morning little school girl" and specially a great version of " Rock'n Roll Hoochie Koo". 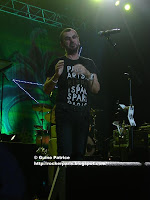 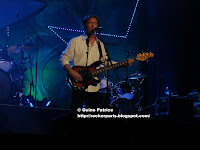 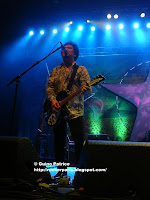 We're used to rock concerts @ Rockerparis and it's hard to see that people remained seated for most of the set, some people tried to go down the front for "Yellow Submarine" but Ringo' Tour manager asked the security to have them sent back to their seat (?!?).
Later during the show the guy from the security went to the first row telling them that NOW ! they could stand up next to the stage. Finally ! 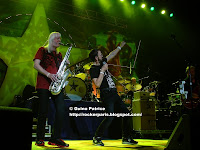 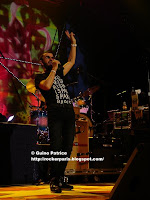 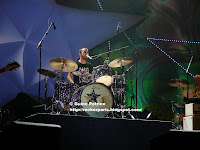 setlist: ( missing probably one or two songs ) click on links for videos
It Don't Come Easy
Honey Don't
Choose Love
Hang On Sloopy (Rick Derringer)
Free Ride (Edgar Winter)
Talking In Your Sleep (The Romantics)
I Wanna Be Your Man
Dream Weaver (Gary Wright)
Kyrie (Mr Mister)
The other side of Liverpool
Yellow Submarine
Frankenstein (Edgar Winter)
Peace Dream
Back Off Boogaloo
What I Like About You (The Romantics)
Rock & Roll, Hoochie Koo (Rick Derringer)
Boys
Love Is Alive
Broken Wings (Mr Mister)
Photograph
With A Little Help From My Friends
Give Peace A Chance 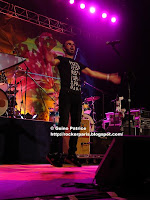 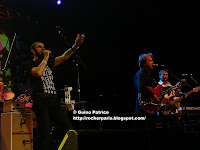 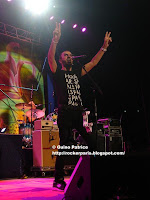 The end of the show was a bit more wild 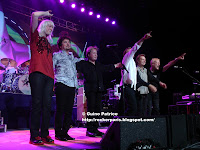 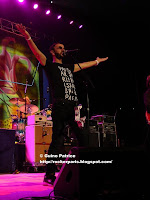 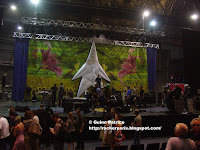 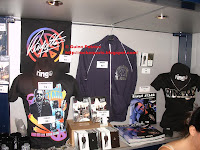 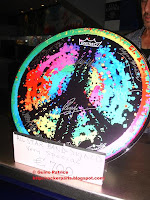 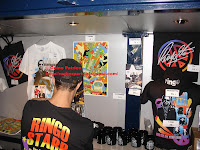 Merchandising (check the prices for the signed item !!!) 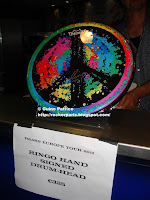 Last song "With a Little from my Friends":