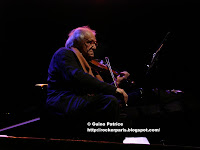 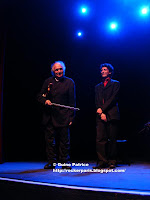 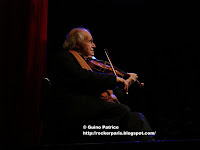 In order to raise money for a association which is playing classical concerts in Schools,hospitals, jails, nursing homes... Ivry Gitlis, one of the most famous classical violin player is helping them out by playing a few songs among many other young musicians.
Ivry Gitlis is also famous in the rock world for playing The Rolling Stones' "Rock & Roll circus" in 1968 with The Dirty Mac a one-time English supergroup consisting of Keith Richards, John Lennon, Eric Clapton , Mitch Michell and Yoko Ono.
Tonight e have a bit of everything: Piano solo, violin , cello, brass.. each one or each trio or quartet playing a"song" for 3-4 min one after another, most of it classical and some jazz too.
Ivry Gitlis is playing a couple of things at the end.
After an intermission young musicians are back to play some more and Ivry Gitlis is ending the show by playing a classical version of an Edith Piaf song with them all .
Very good classical parts and not so good classical version of french Elvis Johnny Hallyday songs just to keep the audience entertained. 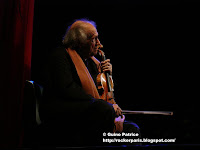 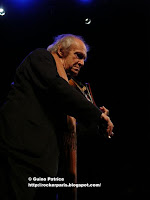 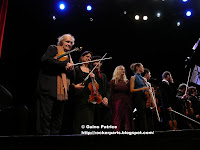 It wasn't a "classical" audience so the bits played were famous classical songs incorporating some jazz songs. Ivry was nice and chatty, he's 88 years old now and was just back from japan so he didn't played too long but that was cool to see him playing and meet him in his dressing room.
Publié par Angelo Misterioso à l'adresse 12:23:00 AM