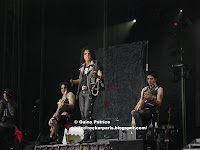 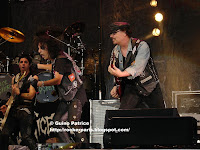 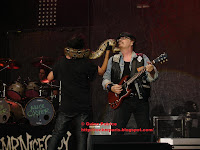 The boa is out on this tour 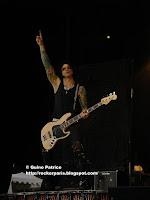 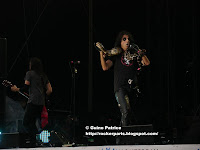 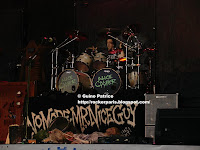 This tour has been dubbed "No more Mr Nice guy" so the boa is out on this tour as you can see on the setlist (in Part 1) Alice is playing ALL the Hits. some recent songs, a brand new one called " I'll bite your head off" and even "Muscle of Love". 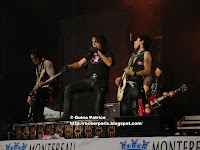 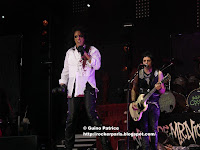 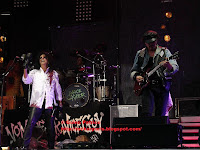 The band is on top form maybe some songs sound a bit too Heavy Metal which is not my favorite Alice, I've always prefered when he's more "classic" rock or even "Cabaret". 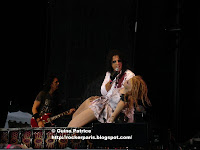 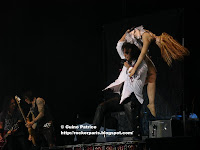 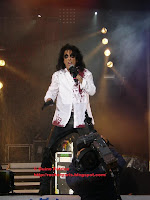 The audience is not a rock audience, more a family audience so I guess they liked the show as there are different things happening: we have a huge " Frankestein" who lost his jaw, it was probaly not part of the show but it was funny, we have the guillotine and lots of costume changes (like Mariah Carey or Beyonce) but Alice is not as pretty ;-)
Maybe I would have like to have a song from "The Last temptation" which is one of my favorite album but the setlist is a good mix of old stuff and more recent songs. 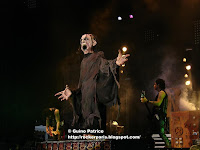 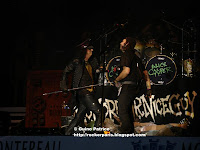 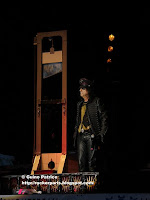 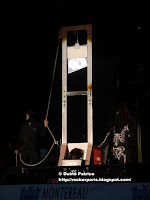 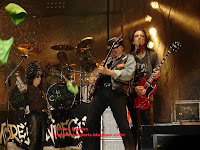 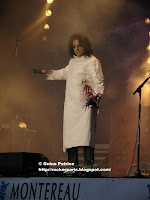 "School's out" including snippet from Roger Waters' "Another brick in the wall" is having the audience singing along.
Alice is back on stage with a French flag for the Encore " Elected".
Very entertaining 90 min show 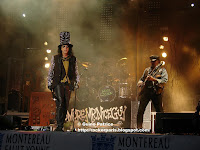 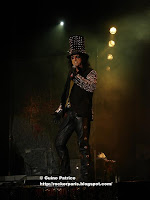 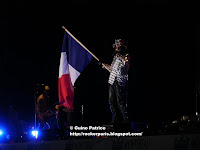 I Wanna be elected ...in France

Zazie was headlining but we didn't bother (whod did anyway ?) it was time to go back to Paris. 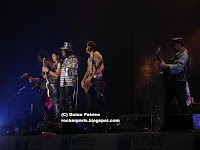 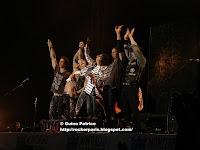 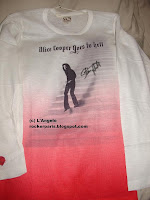