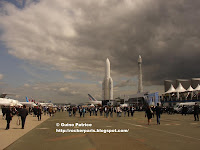 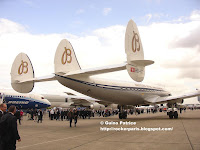 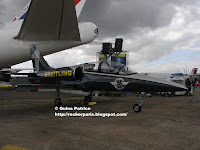 Nothing to do with Rock 'n Roll but sometimes it's nice to share different experiences.
We were kindly invited by none other than Breitling to the Paris Air show, we couldn't say no as it's the most exclusive Pass you can get here.
Can't believe this is so HUGE and planes are everywhere from small drone that you could almost put into the boot of your own car to the famous A 380. Both Civilians & Military.
Jean Paul Belmondo & Alain Delon were supposed to be here but they cancelled at the 11th hour, John Travolta was there yesterday with his own plane, we saw French actress Anne Parrillaud (?!?) & French Director Claude Lelouch @ Breitling Chalet and some French Members of the cabinet (or secretaries) who were checking planes.
I've never seen so many cops, security, military at the same place, they are EVERYWHERE.

It's very interesting to see different aircrafts military or civilians, one of the highlight is being able to see The Constellation (pic above) which is to aircrafts what is Marilyn Monroe to movies. We had a quick chat with the pilot.
Within the Paris Air show theres also a Museum with Ist World War and 2nd WW aircrafts, with one of the first German welknown VII ( in fact a V I). 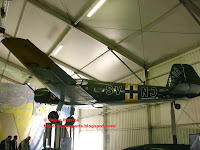 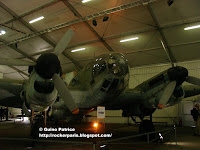 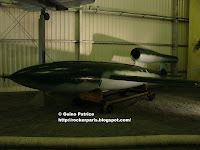 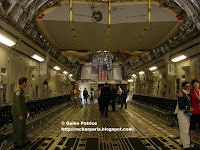 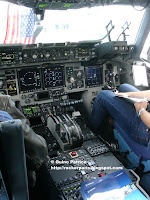 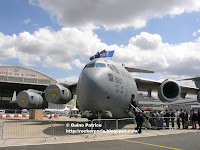 inside /Cockpit & outside an American C17 Globemaster : a large military transport aircraft

Once again Americans know how to treat you best by letting you visit their military aircrafts, you could even seat behind the "Wheel" of a huge Military Transport plane. We did.

All along the afternoon there are lots of demonstrations of planes flying including F16 & Airbus A380... and the famous "Constellation" which is the plane that ALL major movie stars were using to fly across the Atlantic in the 50's & 60's.
I's amazing what pilots can do with planes or new generations of Helicopters including the innovative rotary-wing aircraft helicopter X3 from Eurocopter. 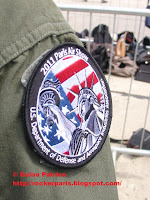 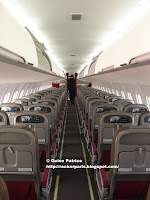 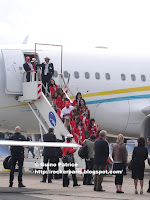 The Maroccan stand even have a fantastic looking car that's working with hydrogene.(below) 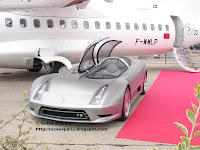 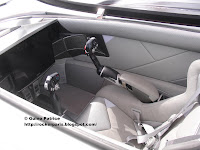