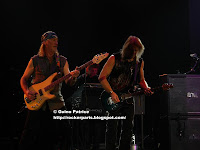 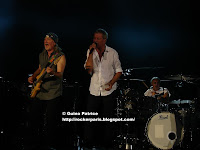 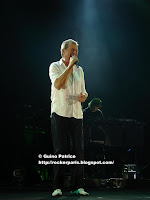 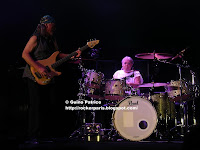 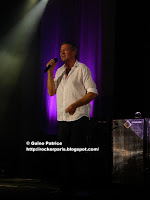 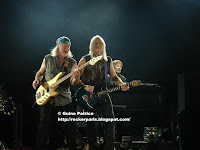 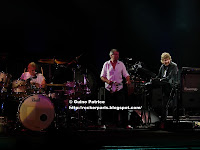 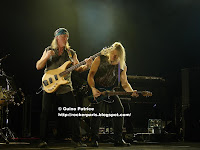 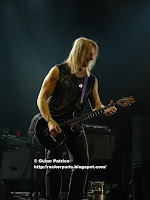 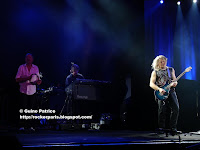 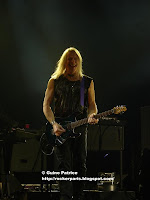 The Zénith is packed tonight for Deep Purple , don't know if it's sold-out, I guess it was as you couldn't find an empty seat in the stalls.
We get there too late to se the opening band.
Lots of new faces in the audience with lots of teenagers down the front so there's a lively atmosphere, don't know in the back.
The lightshow , as usual is powerfull and stunning (perfect to take great Pictures). 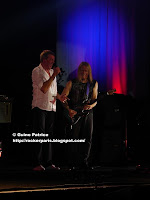 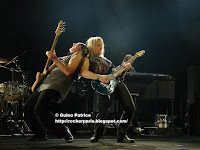 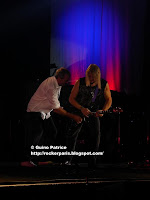 Don't know why Deep Purple is touring as they don't have any new album to promote, I have to say that they have never been so popular especially in France where they are playing many shows : Rennes, Paris and in December : Strasbourg( Dec 1), Dijon , Troyes, Rouen, Lorient , Toulon, Pau, Limoges, Tours & Lille ( Dec 13).Each time in front of a packed audience. 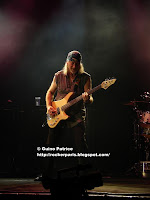 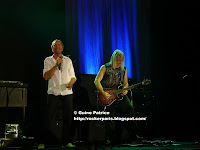 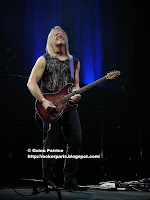 Ths show is starting with "Highway Star" like in the good old days then we have a rare version of " Hard lovin' Man", this song was the show opener on this tour but not in Paris (?!).
The band is having fun , the sound's great, from where we are.
Ian Gillan's voice is better and better.
As you can see on the setlist below, they're playing all the hits at the beginning of the show then in the middle section we have more recent tunes and then more hits.
The band seems to be on auto-pilot but a high class auto-pilot as it is once again a great show. 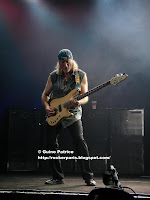 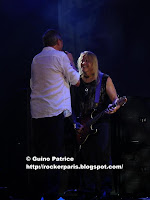 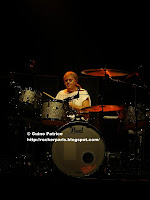 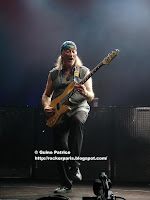 Well I've never attended a bad or average show by Deep Purple for the last 15 years in fact Steve Morse gave them a kick in the ass, even though their last records were far from being their bests. 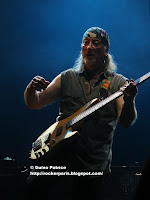 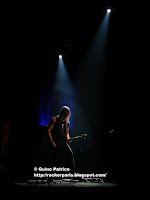 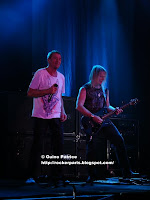 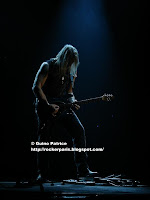 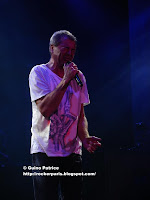 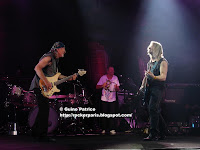 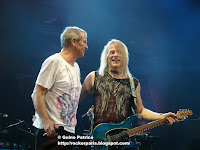 "Smoke on the Water":


Don't forget to check our reviews of: