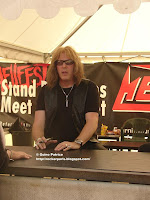 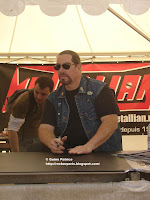 As we arrived on the site 3 members from American band Twisted Sister were doing a signing session, lots of fans were queueing as it's probably the first time ever that they're seeing them face to face.
I was expecting a lot from TWISTED SISTER , we never saw them on a stage before as the last time they've played in France was in 1986 @ Casino de Paris. 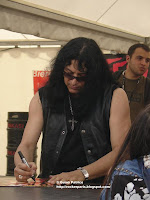 They started the show with " Come out and play" which was the most recent song they've played tonight. They're acting like all those Classic Rock bands with their fame behind them (too bad) , they just give the kids what they want.
What do they want ? Classic songs from the old days 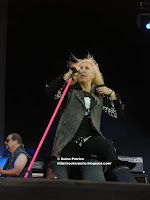 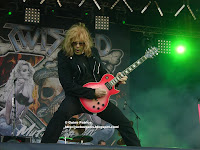 The whole set consisted of classics from the first 3 albums " Under the Blade", "You can't stop Rock'n Roll" and " Stay Hungry".
Don't know why but this band has been under-estimated, they have so many great songs and on a stage Dee Snider is an animal, a great performer with a powerful precense and a powerful voice. 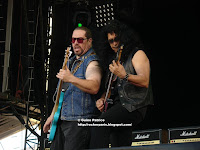 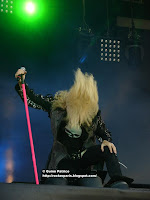 There was only one song I've never heard of, I've been told it was a new one and they've done a touching tribute to a great legend RONNIE JAMES DIO by playing "Long live Rock'n Roll" from Rainbow (here on video). 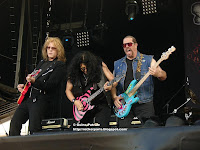 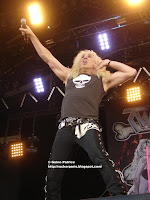 It's hard to consider them a heavy Metal band they're just a great Rock'N Roll band.
Too bad they were NOT dressed with full gear and make up.
Now they're looking, like in the old days, a gang of (old) bikers. 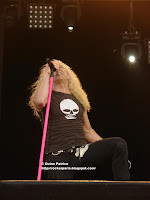 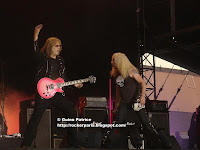 They will be back in France to play a Festival in Clermont-Ferrand in August.
Probably the BEST show of the festival. 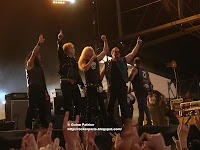 We have a winner: TWISTED SISTER 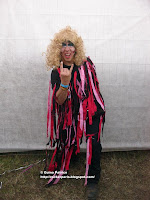 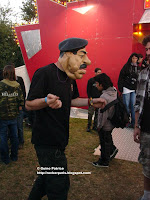 Dee Snider( NOT) is in da house with our friend Saddam 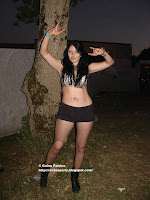 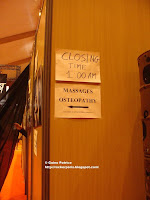 Some Girl and backstage