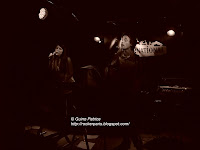 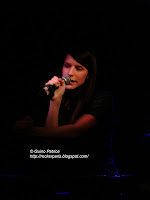 Nothing to do tonight so I 've decided to check French band MGIBTY.
It's monday night but there's quite a lot of people in the basement of L'International club.
They've just released a new E.P. between acoustic guitars , vintage keyboards , electronica folk pop rock
This French duet has some nice songs ( even though they should work a bit more on some others) singing in English please ( with one song in German ???).
Maybe the girl on vocals should be more careful as she's sometimes singing flat.
They're doing a good job and are entertaining.
Remember they're French. 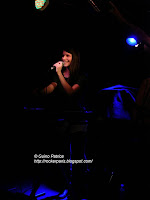 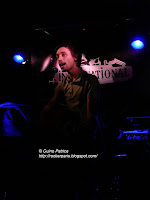