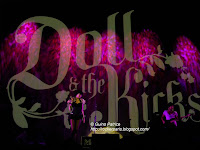 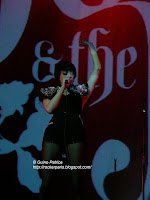 Well,well, well !!!
For once Morrissey is not playing on the same day as the Babyshambles. Good Point.
It's a very small Zénith tonight ( 2500 capacity ) and it's far from being full up , the pit is probably one of the the smallest I have ever seen @ Zénith.
Last time I was here it was full of very sexy teenage girls ( for the Artic Monkeys) tonight it's full of gays in their 30's. English support band Doll & The Kicks did a nice job even if they sounded a bit too much like No Doubt. 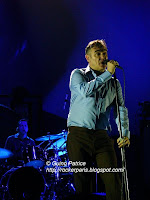 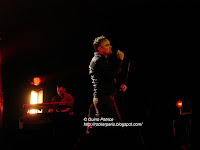 During the intervall we had some nice video-clips on the huge screen including some live footages from The New York Dolls and a very funny Lou Reed interview ( circa 74 ? ). 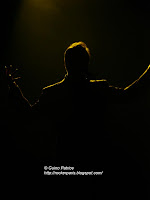 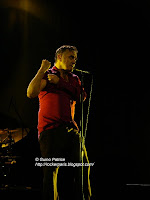 Then it's time for the diva Queen Morrissey to take the stage, remember what happened a few days ago in Liverpool ? where he stopped the show after only two songs because he received a plastic bottle on his head. Two minders are watching over him as soon as he gets near the audience. 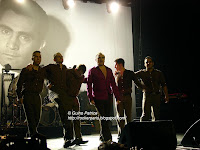 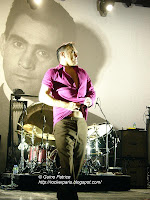 He opened the set with " This Charming Man" from the new record, Matt Walker ( ex- Smashing Pumpkins, Garbage ) still on drums.
The audience is dead down the front , really strange atmosphere.
Morrissey can't stop playing with the wire of his mike, it's annoying in the end.
Songs are played one after another and even though he communicates with the audience there's something missing, there's no passion.
" Irish blood English heart" woke everybody up. It was time
He threw his last shirt for the evening ( a purple one , after the black & the blue ) into the audience , it almost landed on my head , the girl next to me gave me a piece of it( smelling perfume ). 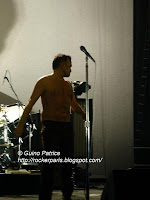 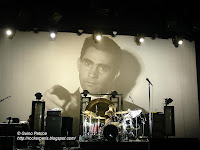 I've seen him a few times and this one was just average maybe it was the dead audience. 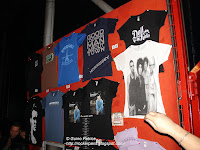 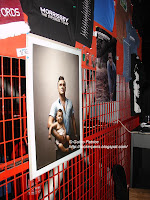 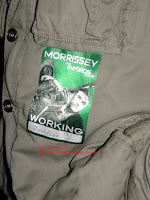 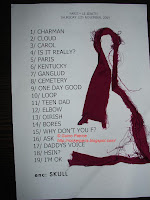 Pass , Setlist & Piece of his shirt 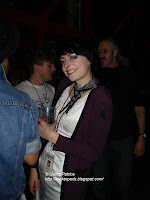 A/S with Doll & the Kicks 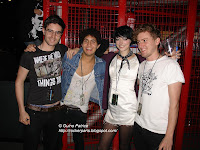