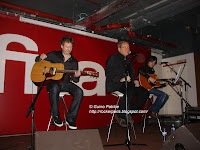 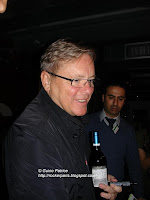 Bad Lieutenant is playing the sold-out Olympia tonight opening for headliner Bat For Lashes ( Les Inrocks Fest ) but before that they're doing a showcase at the Fnac store at 5:30 Pm.
We were allowed in just before 6:00 as the band were rehearsing a long time just to play 3 songs, yes only 3 songs !!!
They've played 2 new songs and last one was from NEW Order ( Here on video ).
-Sorry I wrote down down Joy Division , I've been abused-
Then they did sign stuff to people , nothing was really organised as the band was in a hurry , Bernard Sumner signed records to whoever was next to him in a very relax atmosphere , no one was pushing and he took the time to speak to fans .
Cool !
it's time for some of us to go to the Olympia , I'm going to Motorhead @ Zénith. 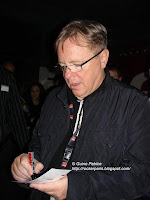 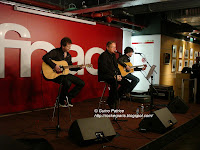