To celebrate the end of "les Arènes européennes de l’indépendance" ( i won't translate i don't know what it is ), the French Ministry for Culture ( Ministère de la Culture ) is organizing a free concert in the gardens of Palais Royal in the heart of Paris.
Tickets were to be collected this morning. there's around 1000 people here.
Each band is playing 3 or 4 songs. 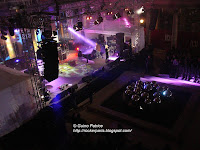 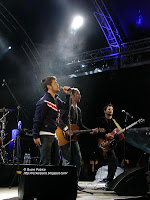 The Courtyard with the "Big Balls" statue ( left ) French band Grégoire ( right )
Grégoire did a very decent job opening the free gigs at 7:30pm on the second stage in the gardens - Jardin du Palais Royal-. 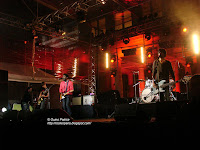 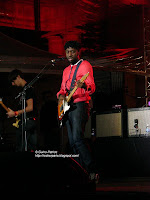 Bloc Party
Bloc Party :1st band on the main stage in the main courtyard - Cour d' Honneur- , they look a bit tired , too much promo for their new cd ? they were ok 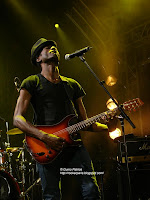 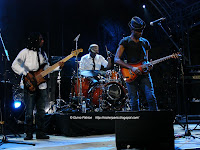 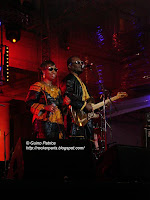 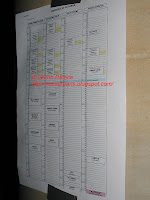 Amadou & mariam ( left ) Time tables ( right )
I didn't really saw them as i was hanging backstage with a couple of friends, just the last song , people like them over here , they are from Bamako. 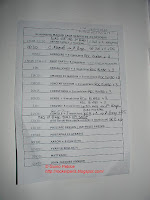 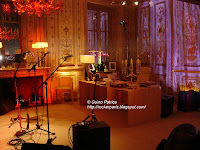 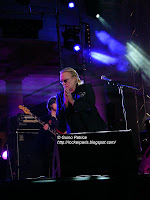 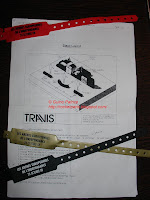 Christophe praying the Lord( left )
Wristbands :Red = all access . Black = cocktail upstairs. Yellow =aftershow party upstairs
I HAD THEM ALL !!!

Christophe did a decent set but refused to play his big hits and stick to the new songs, everything was recorded for a tv show to be broadcast next month on France 2
We missed Vincent delerm as we were having a few drinks upstairs in the main lounge, but i don't give a shit of him at all. 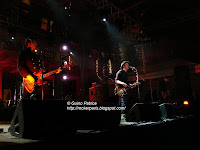 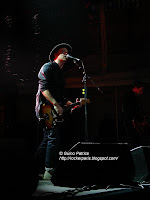 Travis
Travis ended the concert ( only 3 songs ) with a couple of new songs .
Then the audience is asked to leave the gardens and we made our way upstairs for the AfterShow in the office of the Minister for the culture and the lounge next door. 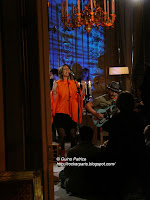 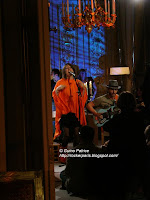 Camille performing IN the office of the Minister for the Culture

French singer Camille performed a couple of songs, we were a bit late so we could not get in ( sold -out : 15 people in there ) but we saw her as they left the doors open. 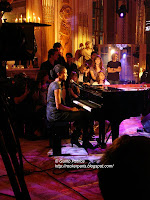 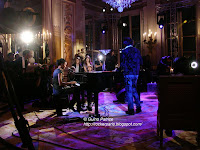 AYO performing in a lounge nextdoor - salon Jérome-
Tv Crew set up the cameras then Ayo rehearsed a bit so we were asked to go on the balcony ( it's getting chilly now ) for 15 min then called back to take a seat ( for only 20 people )and she did ONE song ( WHAT THE FUCK ??? ) All this shit for just one song !!!

Then we went into the office of the Minister for an interview with 2 french shitty writer who are telling us that they are independant because they have signed to a small publisher, so they only have to deal with a couple of people, even tough this publisher is owned by a company as big as Universal and they enjoy the huge distribution and publicity because it's a huge company, but they are still "Indie"
I' ve never heard some much crap is such a short time . These people are in the twilight zone. 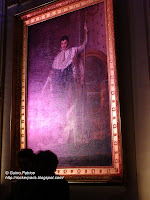 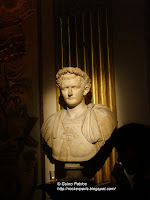 Napoléon ( left ) and Julius Caesar ( ? ) were among us tonight !!!
Correction : In fact it's not Napoleon but his little brother Jérome Bonaparte and
the lounge is called - Salon Jérome-
FANTASTIC NIGHT !!! Bands were playing one after another so we didn't wait at all ( well almost ) Nice cocktail upstairs but i missed most of it as i was rocking with the crowd.
Nice aftershow "gigs" upstairs , in a hour we just had 3 songs but you're not invited every week In the office of the Minister for the Culture. So we won't ask for our money back .
Publié par Angelo Misterioso à l'adresse 2:03:00 AM