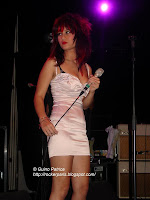 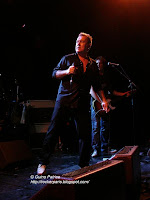 Jimmy's sexy "little" daughter Elly- May
First we have Jimmy' s 19 year old young daughter Elly-May who 's doing a few covers including Lou Reed's " Satellite of love", Dolly Parton's " I will always love you" ( covered by Whitney Houston too ) and some others .
http://fr.youtube.com/watch?v=jfW2zVpK_DE
Older sister E.J sing one on her own on guitar she speaks perfect French . Both have stunning voices, and are doing backing vocals in Jimmy ' s Band tonight .
It's a family affair as the drummer is their brother Jackie. 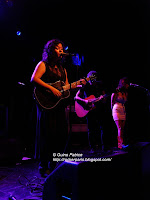 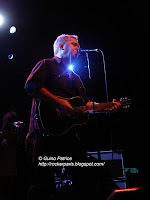 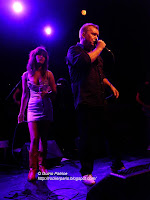 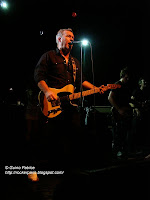 Last time Jimmy Barnes played in Paris was 14 years ago so we're glad that he's back , he's a legend down under but not really here in France .
The Trabendo isn't sold out, where are all the Australian living in Paris ?
We watch a bit of the soundcheck so we know it's gonna be rock.
And yes... IT IS ROCK !
Many people on stage 5 musicians plus Jimmy's daughters on backing vocals and Jimmy on vocals.
We are treated to a Best of ... some Cold Chisel , Jimmy's first band and many songs from his solo career ( see setlist below ). So lots of rock tunes , the 80's were fatal for many rock bands so we also have some AOR songs and a couple of ballads.So a nice balance with heavy stuff and more relax songs . He's playing a duet with his daughter Elly-May .
Jimmy Barnes still have his voice intact , he would have been the perfect singer for AC DC .
On stage He's giving it all for more than 2 hours .
He mentioned several times a fan who is following them around Europe and who's been to every show and they rehearsed a couple of songs specially for him as he asked them to play different songs . How cool is that ?
Another great gig .
After the show Jimmy went straight to the merchendising to sign cds and take pictures with fans
Cool ! 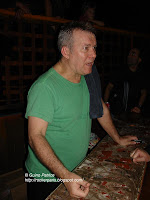 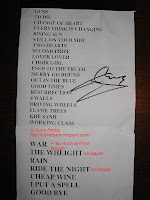