Elvis 2008 Feat; The TCB Band @ Paris Grand Rex Oct 9th 2008
Elvis' french fan club is doing a lot for his fans there is a shop in the heart of Paris near Place Notre Dame des Victoires and they are doing gigs with former Elvis' musicians. 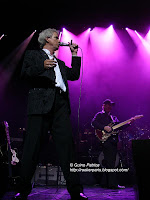 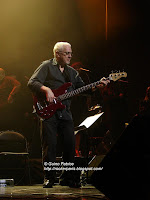 Last year the gig took place at the Palais des Congres this time it's at the Beautiful theatre Le Grand Rex .
It's quite full but not Sold out maybe the tickets are a bit expensive ( up to 65 euros ). Anyone under 50 seems to have been banned for the venue , almost !
First we have french band Tony Marlow 's doing a few rock covers they are join later by french Elvis Ricky Norton . They did a decent job maybe they should work a bit their english but they are entertaining and it's always funny so see Frenchies rock.
There's a short intermission , a guy on stage is trying to sell us some shit : a cd of virtual duets with unknown singers and Elvis . In the Lobby there's a lot of merchendising to buy , everything you can dream of if you're an Elvis fan ( dvds, cds , books , tShirts ... )They should have done a special poster for this event , too bad !!! 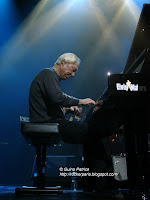 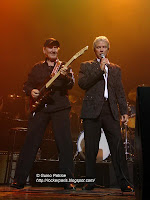 Then we have the proper concert with Terry Mike Jeffrey on vocals, impersonating Elvis 70's style ( the guy is perfectly fit maybe he should work his peanut butter belly LoL) , Glen Hardin on piano , Jerry Scheff on bass and James Burton on guitar. Ronnie Tutt is excused and Paul Leim is on drums. This is the TCB Band.
The Imperials ( the boys ) are here too on backing vocals so are the Sweet Inspirations ( the girls ); Let's not forget Joe Guercio and his orchestra .
In all there are more than 25 people on stage . 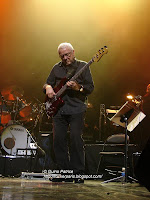 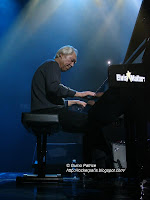 Show started as usual with famous intro " Also Spacht Zarathustra " ( theme from 2001 : a space oddissey ) first song of course is " see see rider" . Jeeezzzz it's like being back into 1972 at the MSG in New York city . Incredible .
The band is on top form and the singer is perfect , his voice is great and he's not trying to imitate Elvis' stage moves at all . Singers doing it are so ridiculous.
The setlist ? well just have a look at the "MSG 72 " or the " Aloha from Hawaii 73". Halfway through the gig the Imperials are doing a song on their own ( a cappella ) then the Sweet Inspirations are doing a couple of Gospel songs ( including Happy days ) Elvis loved gospel music . Both vocal bands sing one together then back to rock' n roll .
We even have the " Elvis has left the building" at the end.
Just great !!! 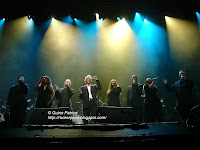 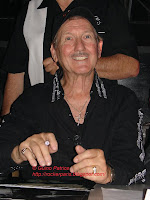 There is an After Show all musicians and singers are coming back into the venue to sign autographs and sell their Photos ( 10 euros each , are they fuckin' mad ? ).
They are nice and chatty to everyone.
Left the building after midnight and they were still signing stuff . 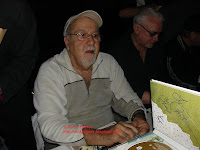 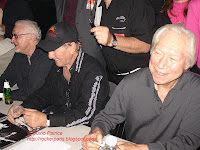