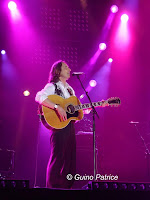 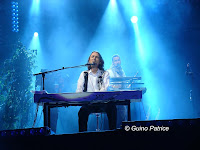 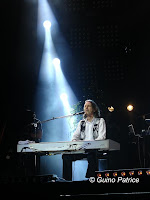 Roger Hodgson , the Voice of Supertramp , as it's been advertised.
One thing is for sure the voice is intact and crystal clear as 20 years ago.
Absolutely Brilliant show , the setlist speaks for itself , many Supertramp hits and a couple of solo songs thrown in ( they're great too ). 75 min show . Setlist below.
Roger wrote the best Supertramp songs , sad they're not playing together anymore as Supertramp was VERY popular in France.
Nice ending for the festival of " la fete de l' Humanité ", 50 000 people cheering and singing together on Supertramp songs.
Great
Afterwards we went backstage to meet him , there were lots of competition winners from the french site ( rogerhodgson.fr ) , most of them saw the gig from the wings of the stage.
Roger's a nice bloke he knows how to treat his fans . 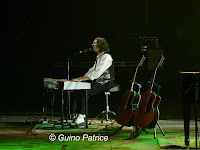 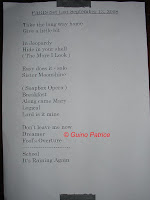 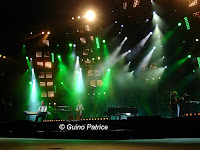 Video " Don't leave me now " ( cut before the end sorry ! ) Here :
http://fr.youtube.com/user/rockingparis
Hi I've been asked if i can upload more videos from Roger on YouTube , the problem is that roger's songs are quite long so the file is too important to be uploaded on Youtube . Sorry .
I wish i could .

AYO played yesterday ( sunday 14th ) @ casino de Paris , i was too tired to go , last time i saw her at the Olympia ( she was recording her live dvd )it was very average , so i didn't mind ...

If you want to contact me :
irockinparis@yahoo.fr
Publié par Angelo Misterioso à l'adresse 2:45:00 AM