Breaking News :
UPDATED SUNDAY 20TH : THE BABYSHAMBLES -WON'T - be in Paris on monday ( for "le grand journal" ) as Adam is doing a DJset in england that day. A friend of mine contacted him today and he said there was nothing planned in france. Another bullshit coming from Claponline ( they're booking the audience for tv shows in france ) . It's not the first time these Bastards are lying like this. Last year the Babyshambles were supposed to play a tv show and they cancelled it 2 days before but in order to make sure the audience turn up for the show they fucking lie to everybody telling that they were still on, even when people were queuing to get into the recording studio "the babyshambles were still on". Bastards.

Razorlight will Play La Maroquinerie on Oct 6th , tickets on sale only at the venue.


Indie Rock Party @ La Maroquinerie with the return of Evan Dando and his Lemonheads, the english power punk of The Futureheads and French pop band Tahiti Boy & The Palm Tree family ( that's their full name ). 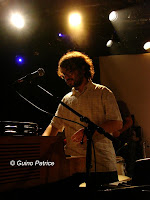 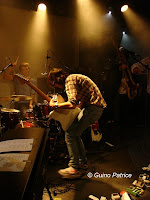 Tahiti Boy & ...
First on are The Tahiti Boys , very nice pop band 70's influenced ( a flute player à la Jethro tull ).
they've done a very good job indeed opening for a punk band.
Their pop was well received among the half empty club.
The Lemonheads might be back but it's far from being sold out . 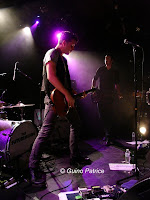 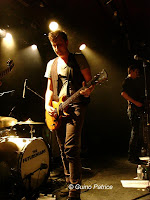 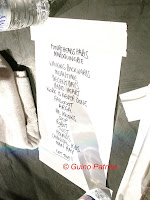 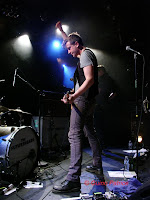 Then we had The Futureheads , they were in Paris a few months ago to play a Black Session , i wasn't convinced at the time .Tonight they really succeeded . Their power ( post ) punk is lively.
They are enjoying themselves and so we are. they've played many songs as they're very short ( 2 min max ). 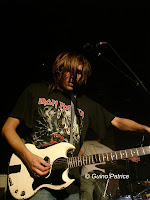 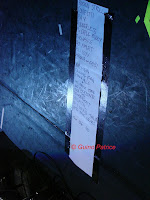 Evan Dando ( Lemonheads )
Last was the headliner The Lemonheads , Evan dando the leader was the media darling 15 years ago and all the girls were crazy about him. I hardly recognised him when he came on stage i though it was a roadie: iron Maiden t-shirt , torn up jeans and dirty sneakers with holes . HuuGGHH !!!
He started playing and it was hard to believe : his guitar playing is approximative , he's struggling with his voice as soon as he starts pushing it a bit and he's always looking up at the ceiling. even stage disposition is quite strange : the bass player is in the far right , drummer as usual in the back and Evan his on the far left . The setlist is in the middle in front of the drums ( what for ? ).
He was most of the show in the dark ( ? ).
He played a few songs on his own but the poor chap is just a shadow of what he used to be.
So sad... people were leaving before the end.
It was like watching a rehearsal before the tour ...