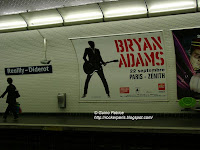 Hi
You just wonder how Patrice Guino and myself can do 2 gigs in one night, easy the Zénith is 2 min walk from La Cité de la Musique.
So after leaving Divine Comedy's gig we just walk to the zénith to see the end of Bryan Adams' set . Patrice knows a lot of people so we get in allright and could see the last 35 min just in time for "It' s only Love".

It's a ( very ) small zénith ( 3500 capacity ) and it's far from being full , the concert was originally at the Olympia and has been moved. Lots of empty seats in the back and lots of spaces in the pit so we could sneak in easily down the front to the 5th row.
Lots of young girls and very cool atmosphere in the audience ( they all know the lyrics to every songs ) and on stage. The band is having fun and it's communicative. Nice stage , lots of light, 2 big screens on the sides and in the back . As we came in very late we only had 6-7 songs and not the more rock of his catalogue. He hasn't done a decent record for the last 15 years playing some soft rock ( should i call it rock ? ) bullshit . Live it's ok even with the soft ones. Strange 2nd encore as he's coming back alone to play a couple of acoustic songs including his smash hit " all for love ".
Setlist Bryan Adams in Paris below
Good show, but we couldn't miss the Divine Comedy , could we ? 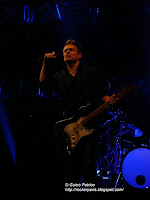 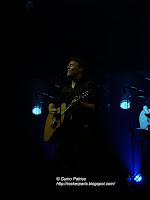 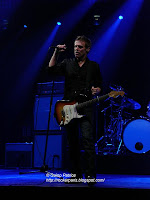 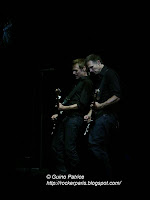 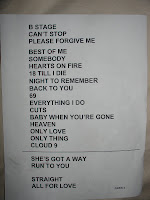