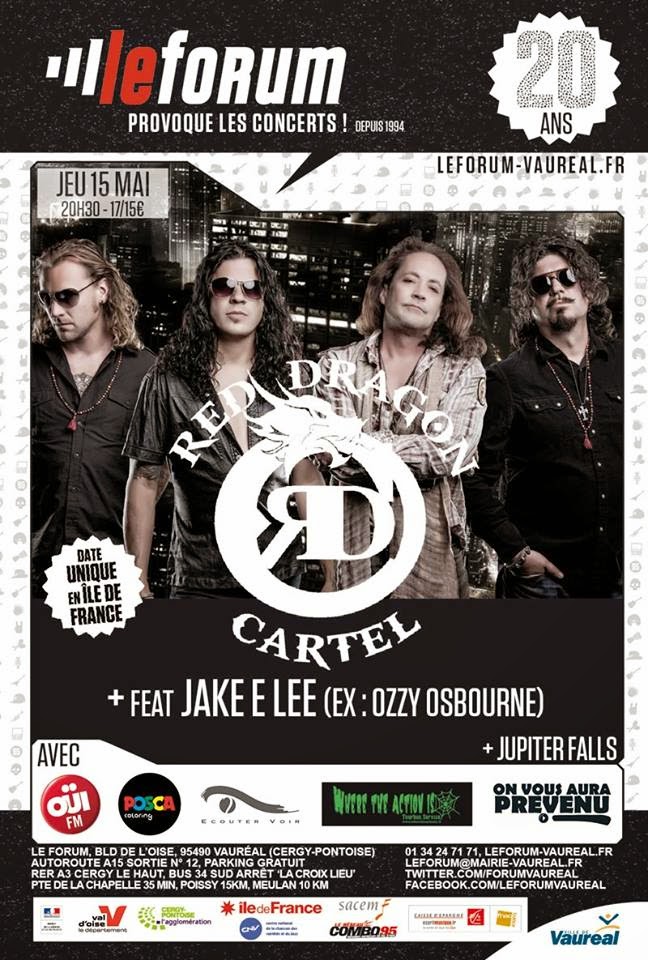 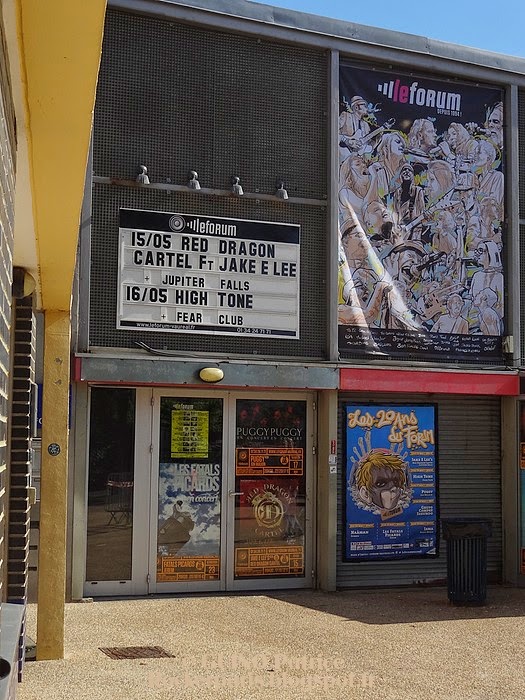 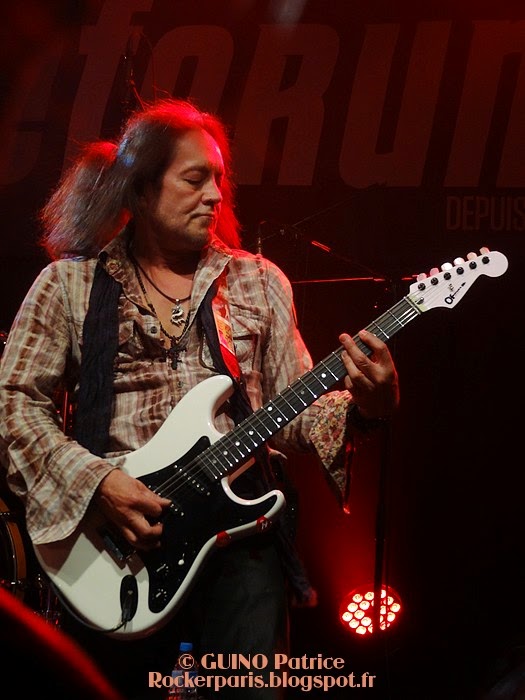 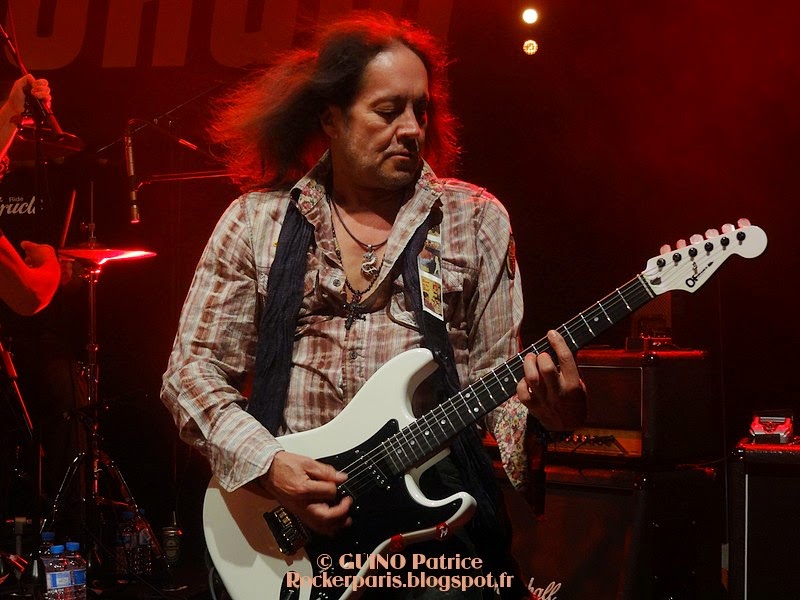 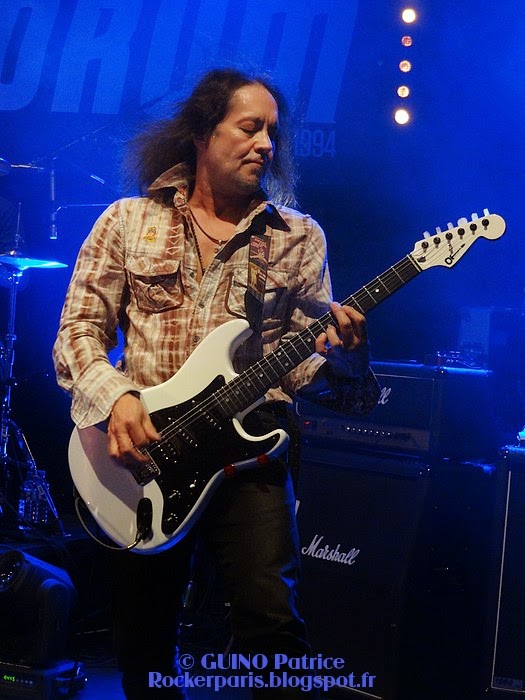 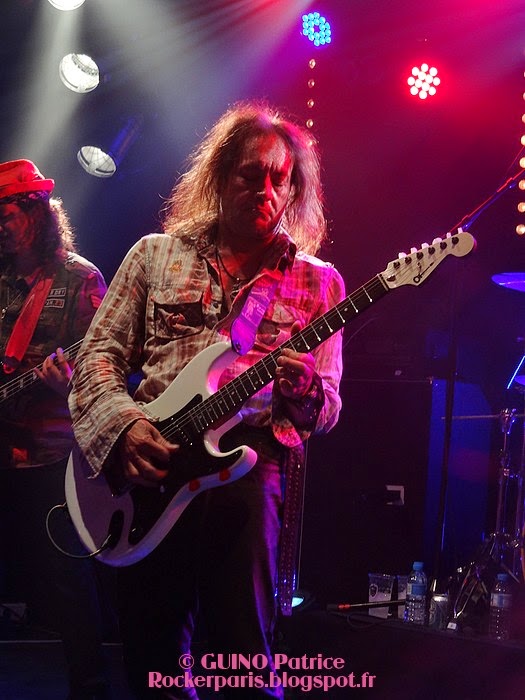 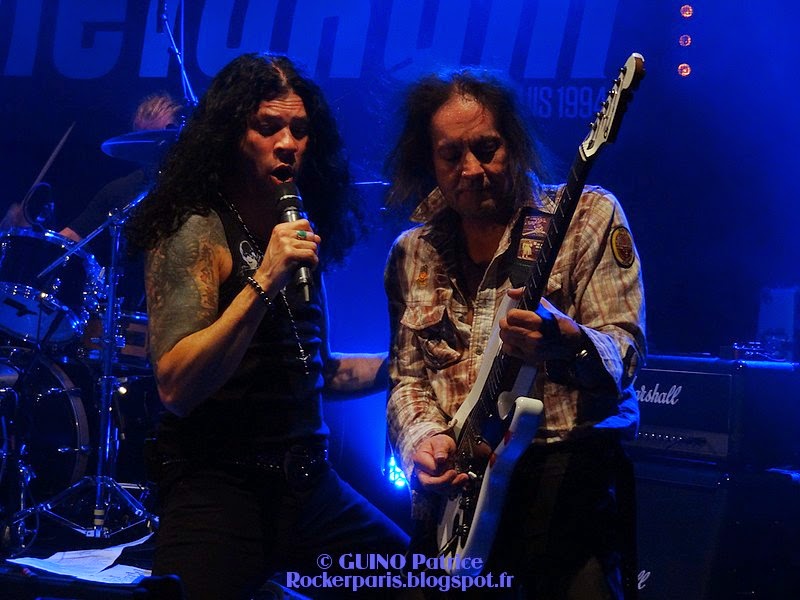 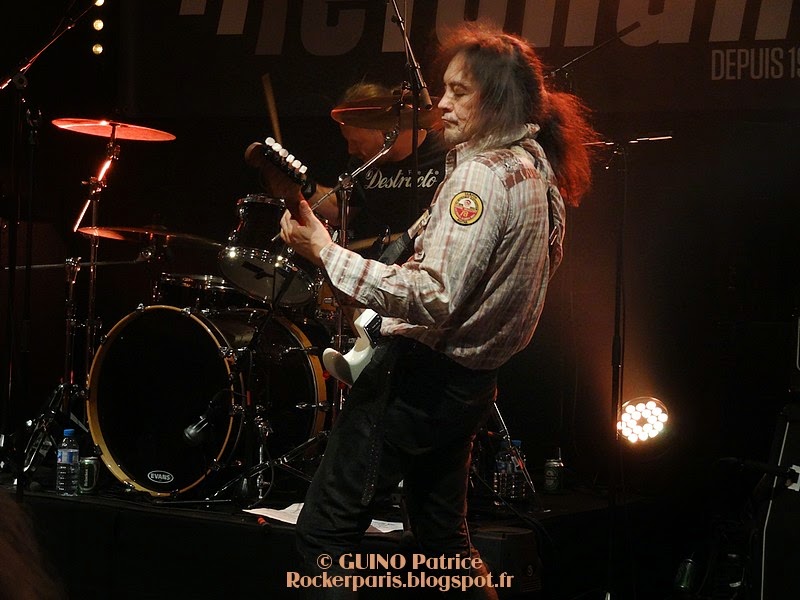 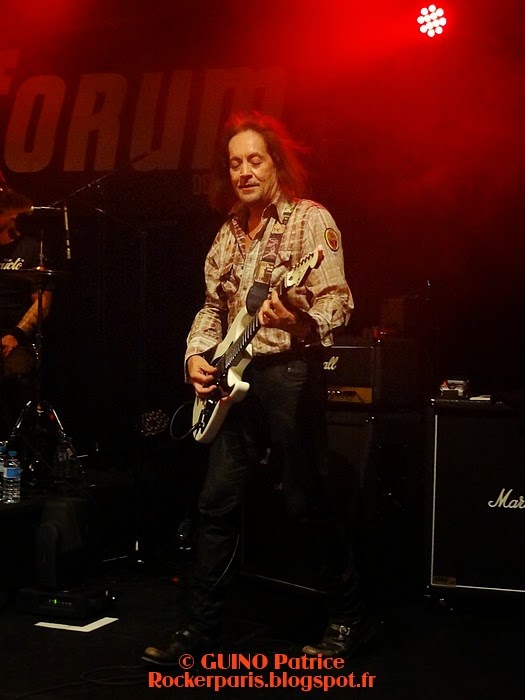 Jake E Lee has a new band Red Dragon Cartel, I have to say that we didn't have the time to listen to any songs from the album, we're her to see Jake who hasn't played in France since 1983. OZZY didn't bother playing in France for "The Ultimate sin".
The club is celebrating its anniversary: 20 years, so there is a photo exhibition, you can play kids games outside on the terrace and there is a lottery...
Opening band is Jupiter falls, English playing classic Heavy Metal, not bad at all.
After a short intermission with have the main attraction for tonight: RED DRAGON CARTEL.
The band is starting with Ozzy's "The Ultimate sin", Can't believe we're standing just in front of Jake E Lee, " Bark at the Moon" is probably the first record I've ever listen to of OZZY.
Jake hasn't changed, same face, same white Charvel guitar. Sound is loud and clear and the club has a very good lightning.
The band is playing some songs from Jake's previous band BADLANDS and of course songs from the new album, classic heavy Rock...
Not too sure about the singer but in fact we don't really care as we're focusing on Jake 's guitar playing...he'll treat us with a couple of extended soli... 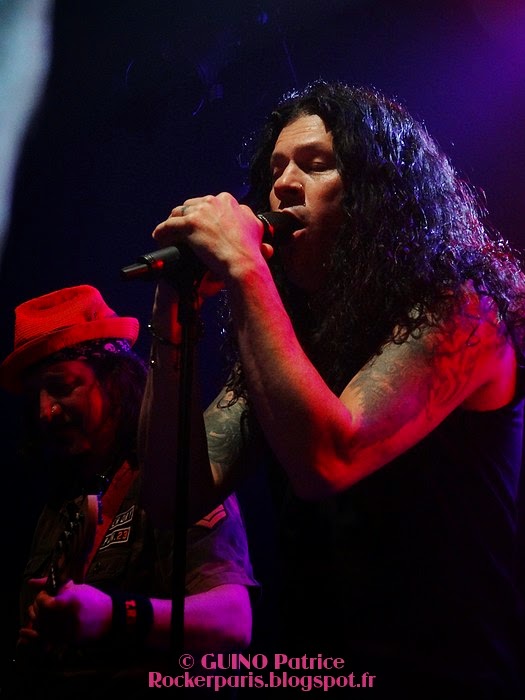 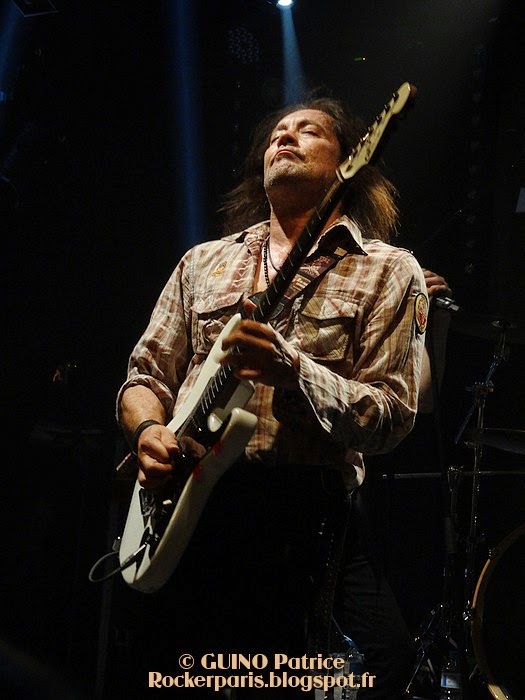 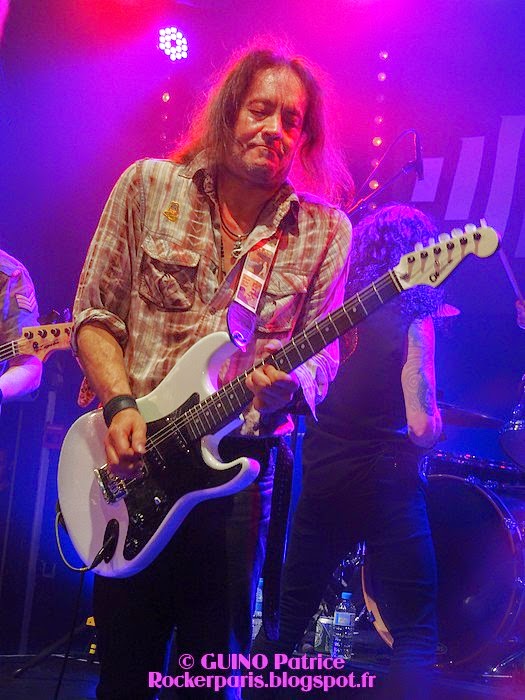 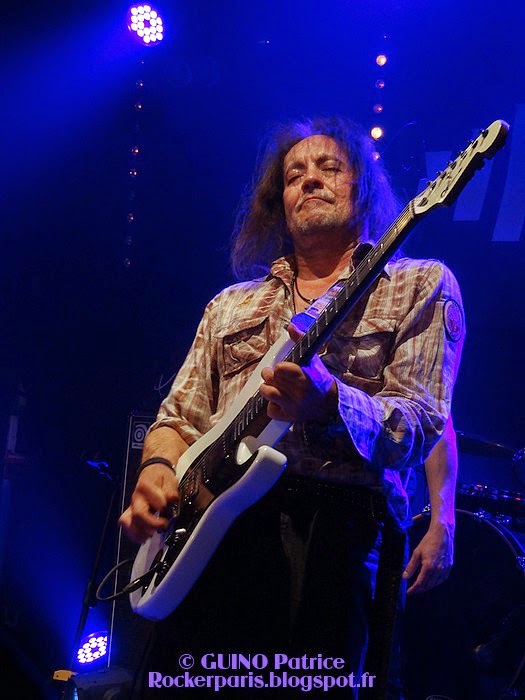 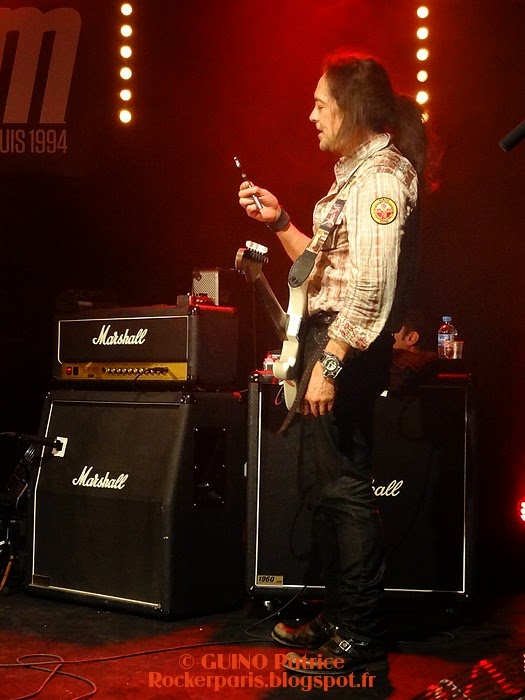 The show couldn't be complete without final songs "Bark at the moon" ( poeple were screaming out for that one) and last song "Rock n Roll Rebel" with the band having a bit of fun with the singer playing drums and the drummer on vocals.
Just on time to catch the last train to Paris 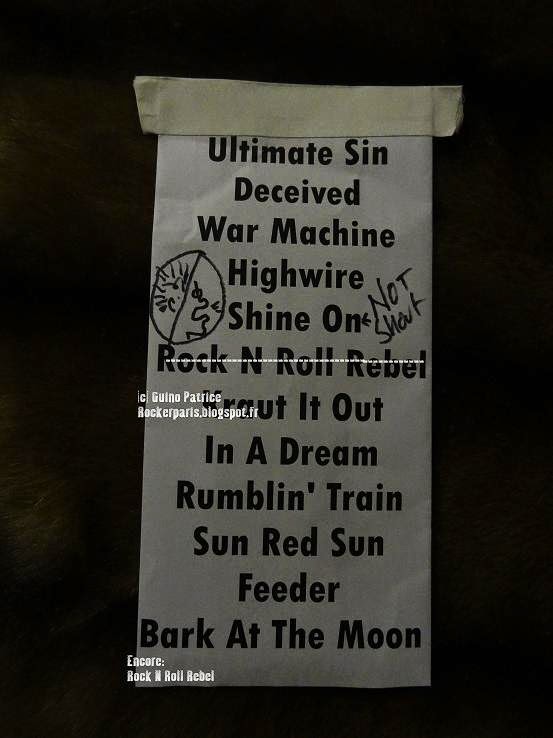