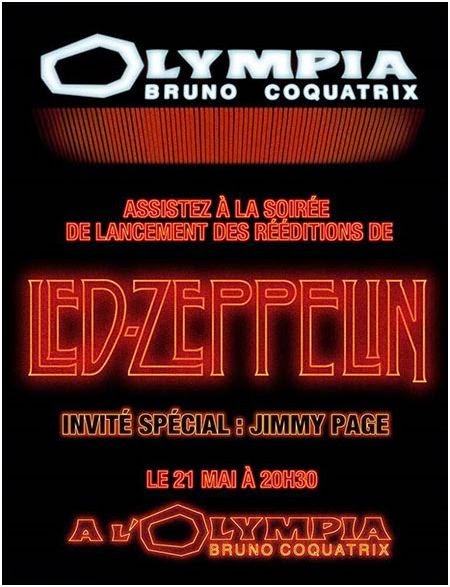 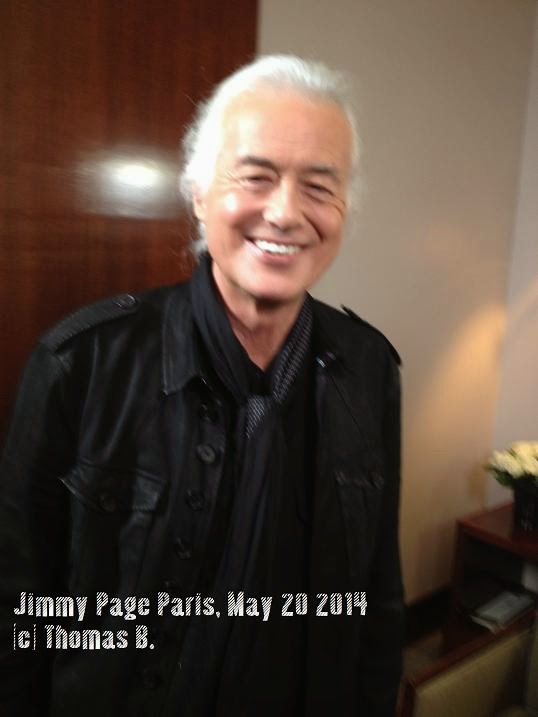 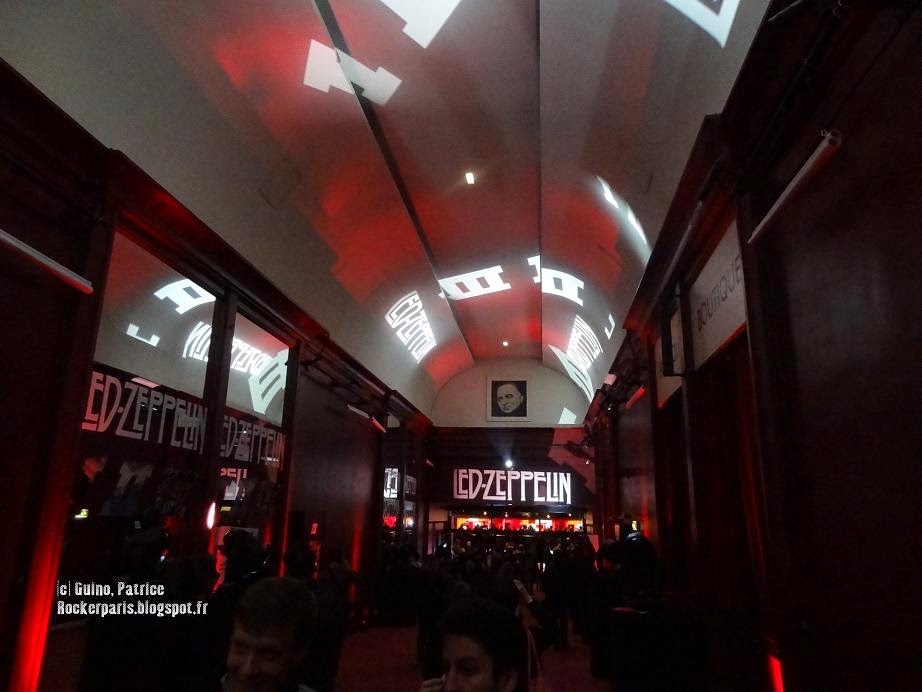 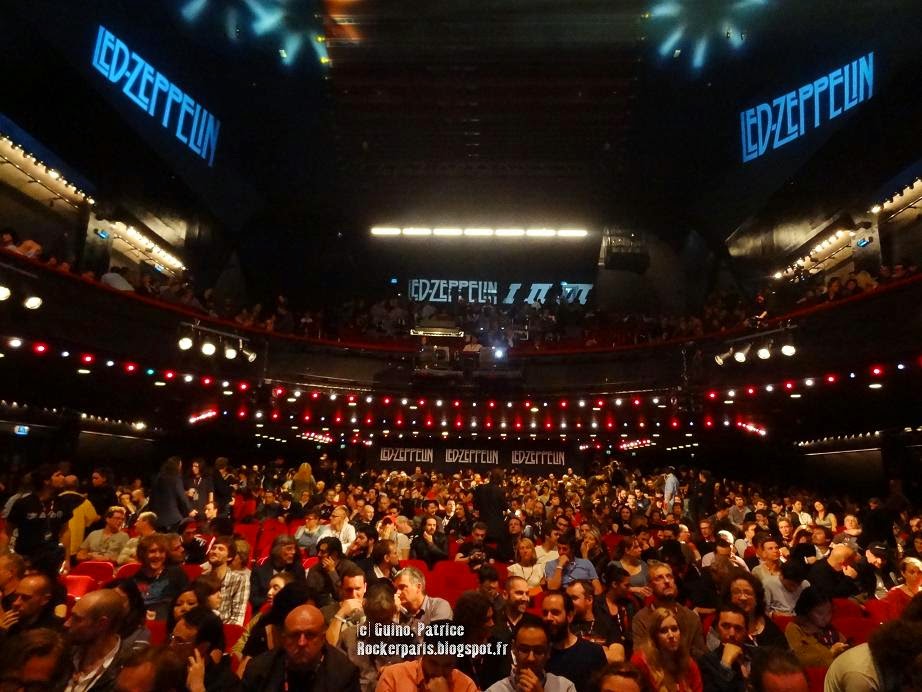 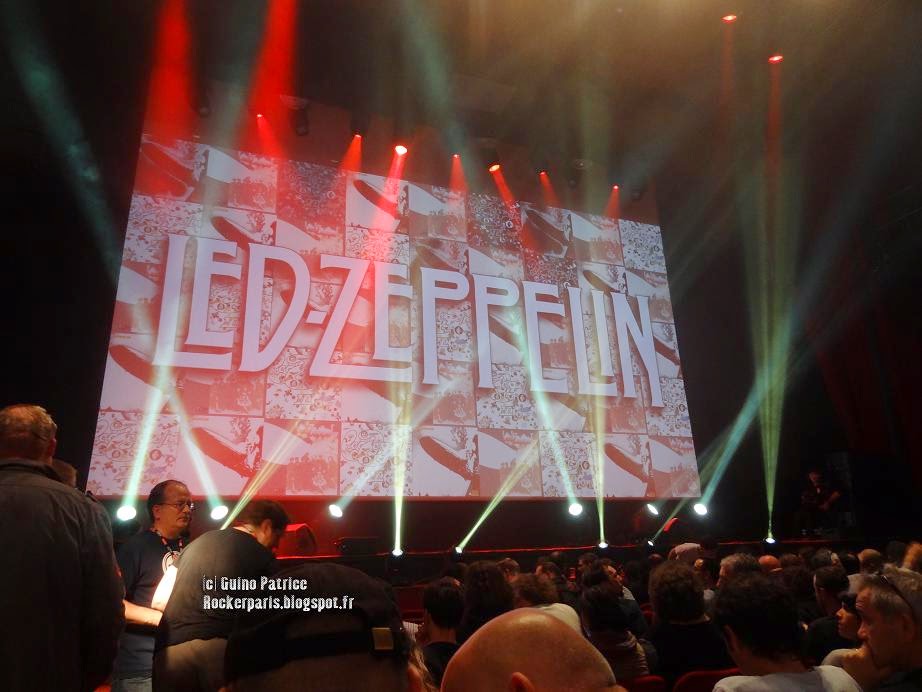 The Olympia lobby and theater was beautifully decorated with posters all over the place and projections on the walls and ceilings.
First thing to say is that there were lots of tickets available outside before the listening party if you were not invited, a guy from the record Cie tried to give away tickets and hardly found anyone without a ticket.
On the way in they gave you a pass, there were three different, each one with the cover of the next to be released album ( Led Zep I, II, II). We only could managed to get two (missing LZ II, if you have one left ?) 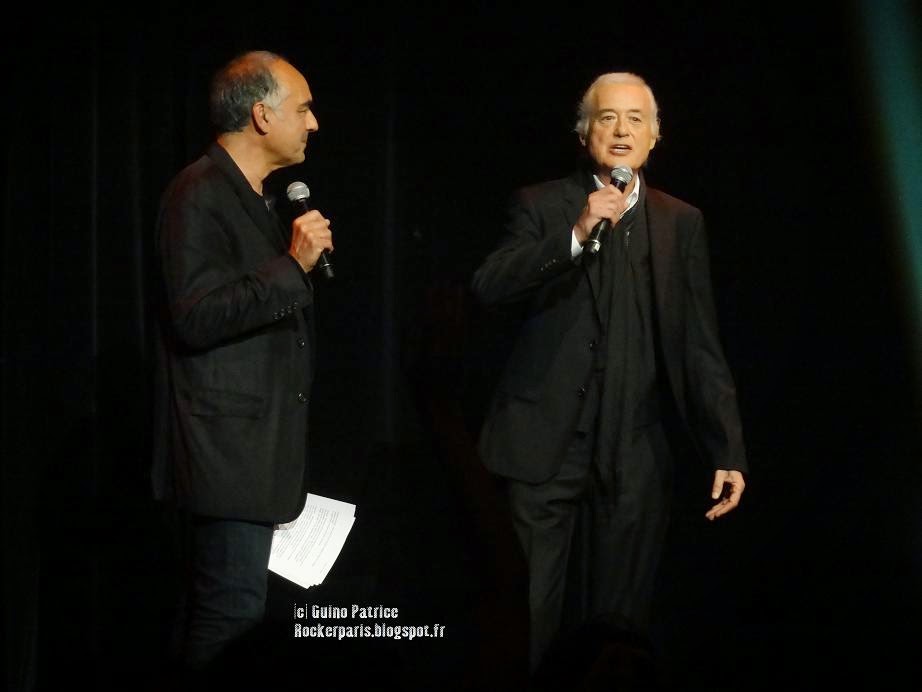 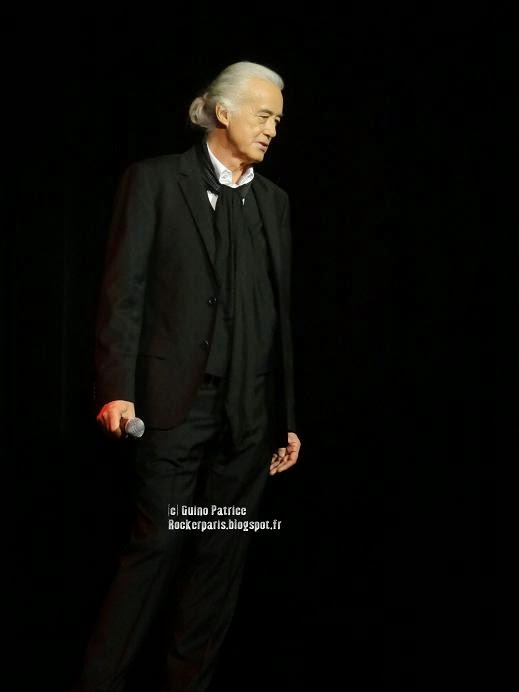 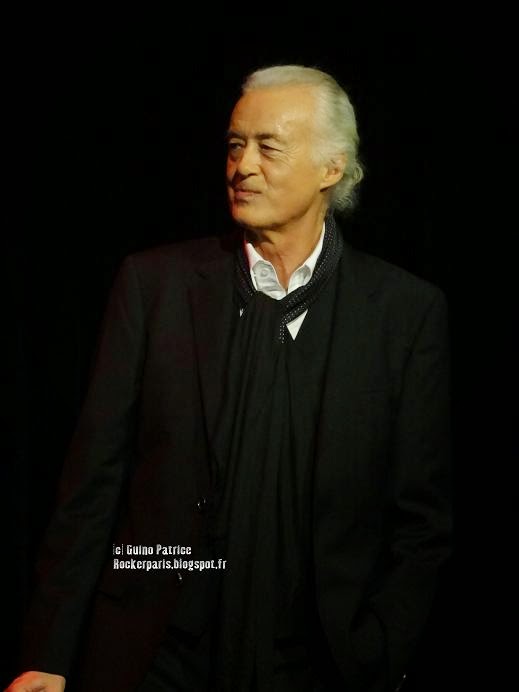 Jimmy Page was introduced by MC ( couldn't get his name) talked for a few minutes and left
Then we had  some music to listen to, some live songs from the Olympia  “Good Times Bad Times / Communication Breakdown" &“You Shook Me” and then some alternate takes from different songs:  “Heartbreaker” (Rough Mix With Vocal) “Whole Lotta Love” (Rough Mix With Vocal) “Gallows Pole” (Rough Mix) “Since I’ve Been Loving You” (Rough Mix) “The Immigrant Song” (Alternate Mix) “Keys To The Highway / Trouble In Mind” (Rough Mix).
For each song there was footage played on the huge screen that was done for the occasion. 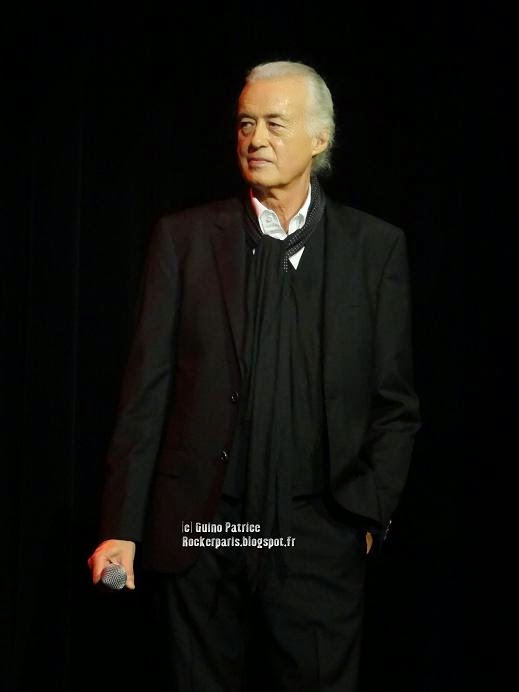 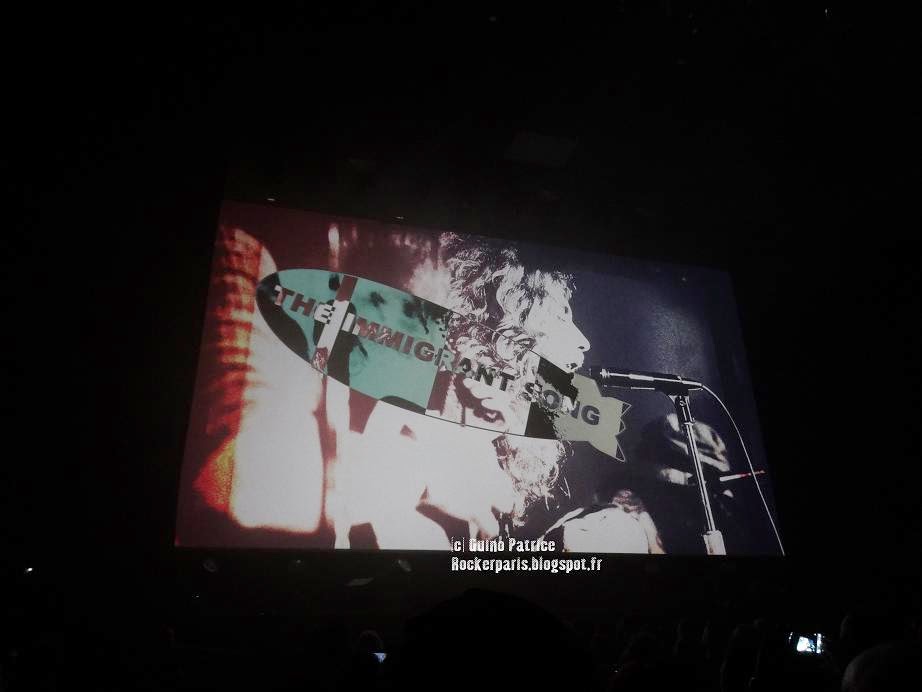 Jimmy Page came back to answer questions that were selected from the official website.
No one in the audience could ask a question too bad , it could have been interesting. 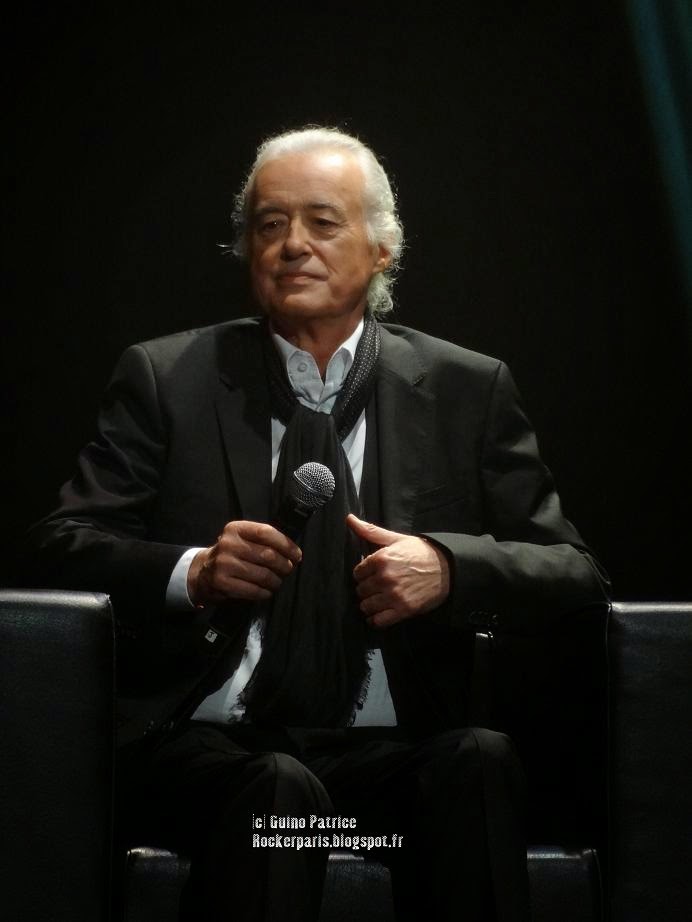 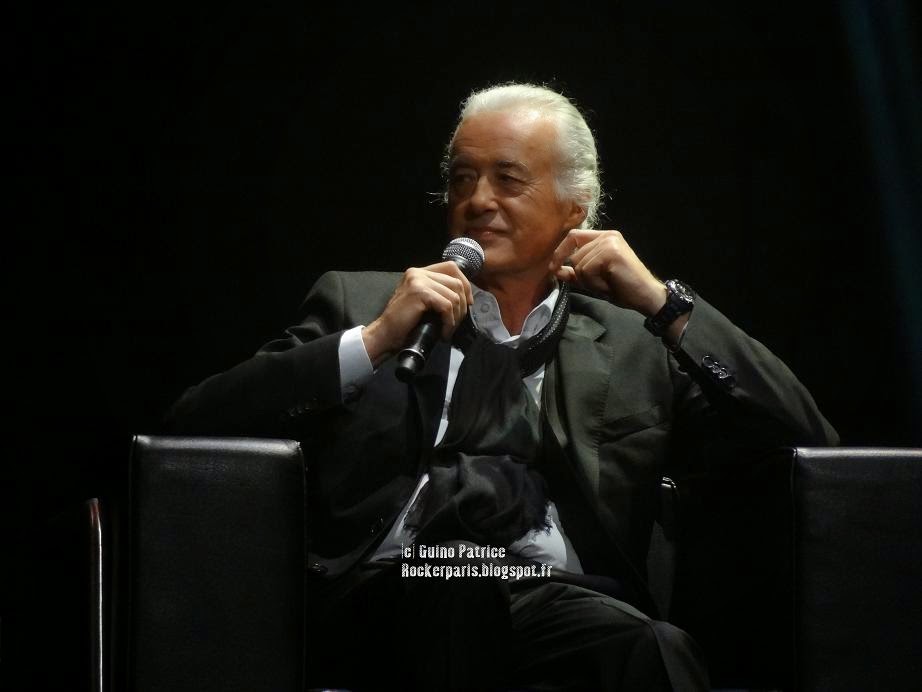 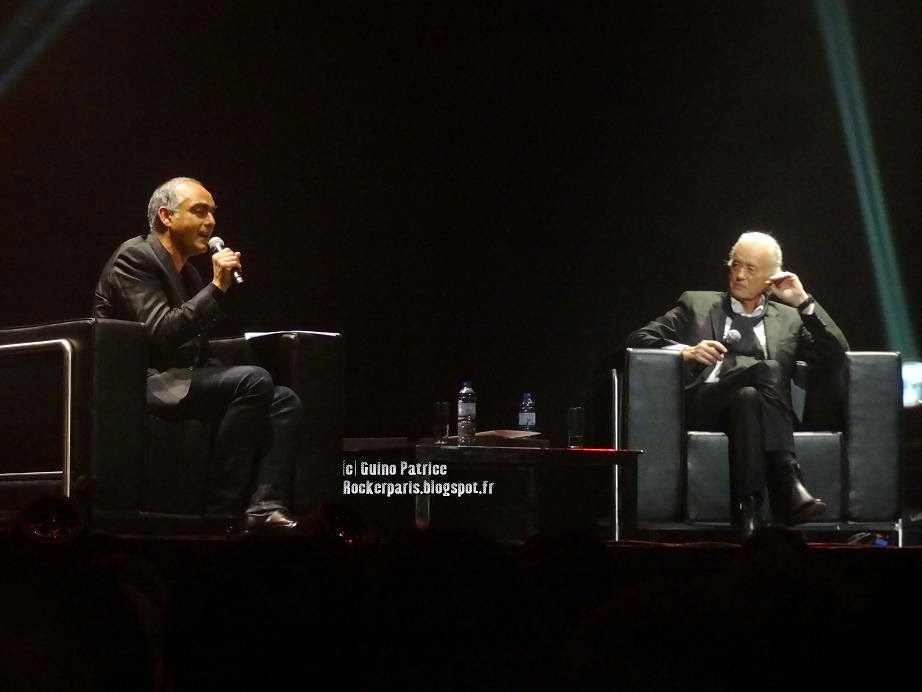 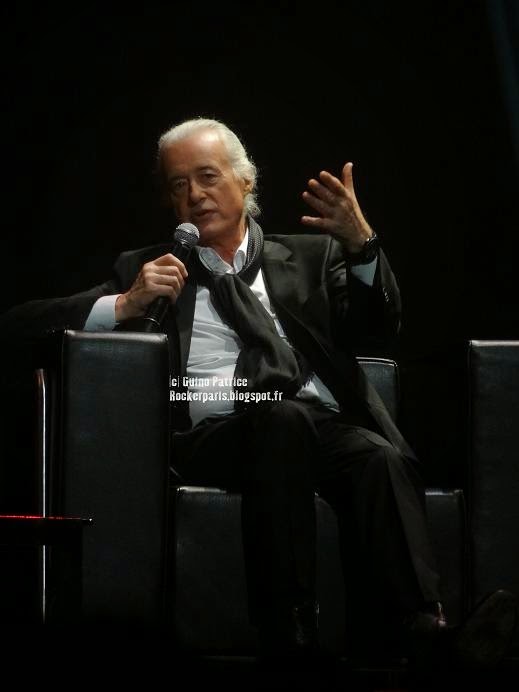 The party ended with a couple more songs to listen to.
This listening event wasn't a "World premiere" as there was one in NYC and one last week @ the famous Olympic studios in London on May 16 with a Q&A with Jimmy Page (see review here). 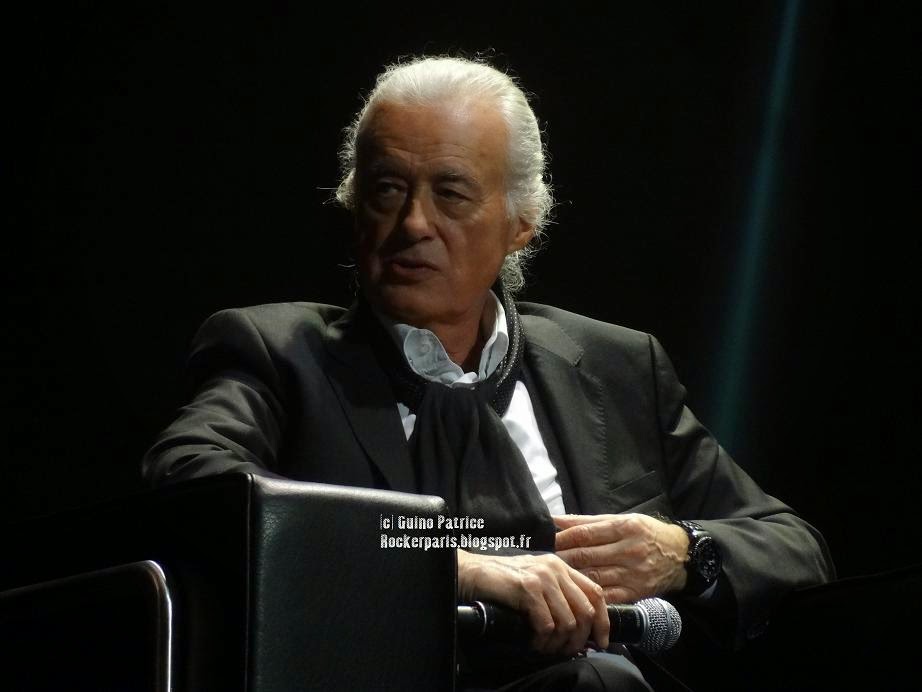 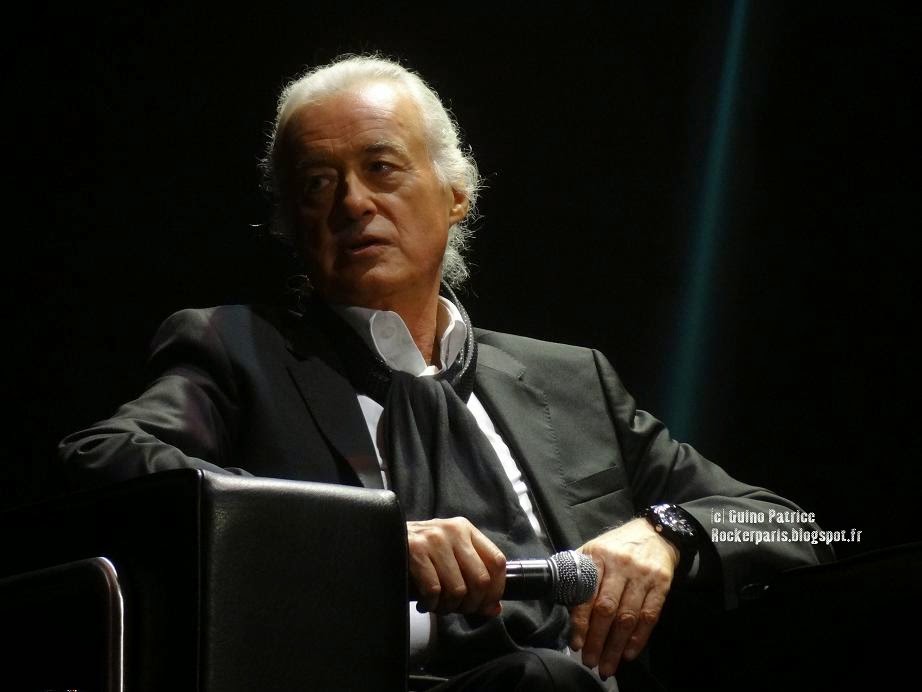 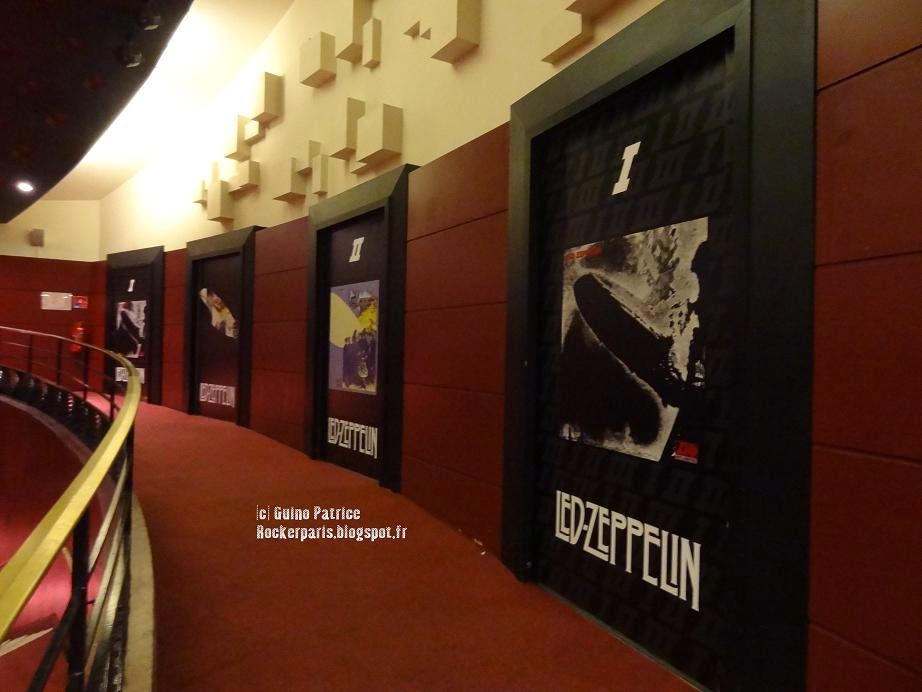 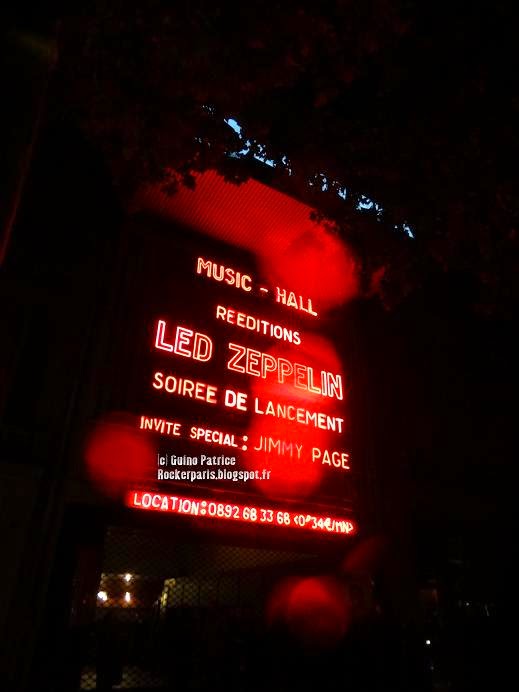 Everything you need to know about these remastered editions it's HERE
Publié par Angelo Misterioso à l'adresse 9:04:00 PM