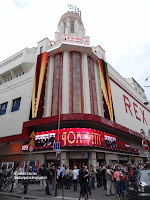 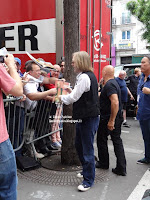 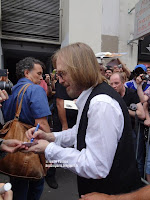 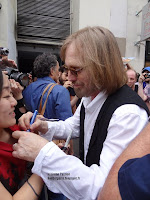 Just as we are queuing to get into the beautiful theater, Tom Petty is getting in by the stage door nearby, perfect timing: we could take a couple of pics and get our George Harrison Tribute concert program signed. 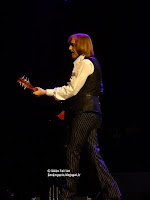 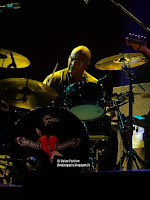 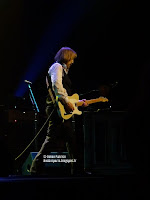 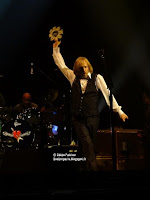 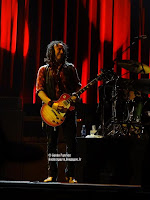 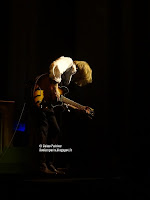 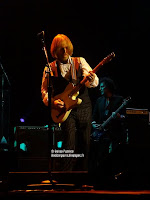 Tom Petty is in very good spirit and smartly dressed, no big screens just a red curtain in the back and some rock'n roll on stage. The sound is a bit too loud down the front, Tom 's voice is loud and clear.
When he's not singing he's walking the stage carefully from one side to the other.
The setlist ( see pic below for details) is a best of... with a couple of covers: Chuck Berry's "Carol" and Peter Green's Fleetwood Mac "Oh Well"and of course The Traveling Wilburries'.
Lots of nice guitar soli by Mike Campbell and sometimes Tom Himself even though I noticed that he has trembling hands which is worrying me regarding his health condition. 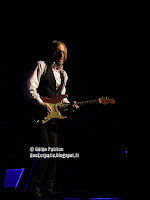 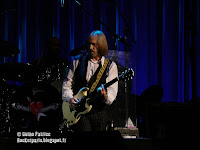 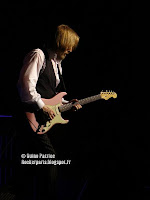 Too bad he didn't play any songs from "The Last DJ" album which is one of my favorite.
Tom seemed very happy to be finally playing in Paris and so are we as we had one hell of a show. 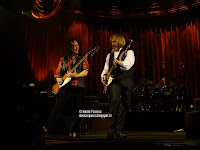 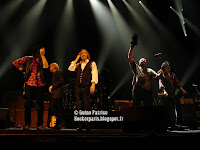 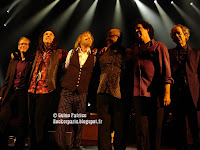 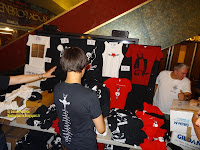 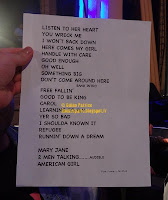 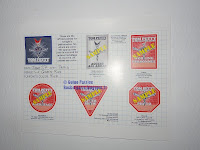